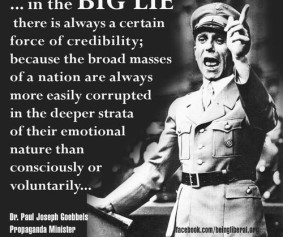 Calling for Global Intifada from Toronto, Canada – Rachel Ehrenfeld – Leading an anti-Israeli, pro-Palestinian demonstration in Toronto on July 30, 2014, Issam Al Yamani, a Palestinian who is affiliated with the terrorist-designated Popular Front for the Liberation of Palestine (PFLP), declared: “As a Palestinian… I would like to call on the Palestinian leadership … in Gaza and the West Bank … should call … for an immediate Palestinian third Intifada, popular [violent] resistance in the West Bank and in Gaza, in the refugee camps and in the Diaspora.”…more…

The Ratio Between Terrorist Operatives and Non-Involved Civilians Killed in Error in Gaza – Meir Amit Intelligence and Terrorism Information Center – Main… findings of a preliminary, partial list of Palestinians killed in Operation Protective Edge…Out of the names of 152 individuals who were killed, that were examined by the ITIC, 71 were identified as terror operatives and 81 as non-involved civilians. The percentage of terrorist operatives among all those examined is 46.7%, while the percentage of non-involved citizens is 53.3%. This ratio may vary as the ITIC continues to examine the names of those killed in Operation Protective Edge.…more…

U.S. Foreign Policy Fails Again – Norman A. Bailey – The US initiative on Gaza has only alienated its friends in the region. Secretary of State John Kerry and President Barack Obama’s latest foreign policy initiatives have just crashed and burned, in the most easily predictable fashion. After direct talks between Kerry and Iranian foreign minister Zarif, and without consulting with the other five negotiating powers, the US agreed to a four-month extension of the talks deadline set last November. This gives Iran four more months to continue to work on achieving the ability to produce nuclear weapons and for the sanctions regime to deteriorate further…. Obama called Netanyahu and “demanded” that Israel agree to a cease-fire “without conditions”. This proposal was rejected by everyone, including the Palestinian Authority (PA), which also objected to the fact that it was not invited to attend the Paris meeting.…more…

Tunnel Wars Against the U.S. and Israel – Rachel Ehrenfeld – Hundreds of thousands of illegal aliens are guesstimated to sneak into the United States through the Southern Border on foot or on wheels. Much less is known about the number of illegals who make their way through undiscovered tunnels dug underneath the border. Unlike the limited baggage those crossing overland from Mexico can carry, the moles can smuggle through the tunnels not only tons of different illegal drugs, but also weapons, including WMD, conventional and unconventional explosives, GPRs, and shoulder-fired missiles, similar to the rockets Hamas is firing on Israel from the Gaza Strip. Iranian and North Korean know-how assisted the construction of Hamas tunnels deep into Israel. Hezbollah and al Qaeda-affiliated groups have been active throughout Latin America in general and in Mexico in particular, and lately North Korean activity in the region has been noticed too. All these groups are known to cooperate with Mexico’s infamous drug cartels and transnational criminal groups. Since all Islamists consider the U.S. as the Big Enchilada (“Big Satan”) that has to be conquered and that a vast tunnel network already exist under the southern border, how many members of Hezbolla and al Qaeda affiliates have already come through? What kind of conventional and unconventional weapons have they smuggled in?…more…

Hamas Training Gazan Children – Meir Amit Intelligence and Terrorism Information Center – This year, as in years past, summer camps in the Gaza Strip were exploited by Hamas for radical Islamic ideological indoctrination and semi-military training. Overview 1. Every year summer camps are held throughout the Gaza Strip during the summer vacation, for the most part organized by Hamas (a small number are organized by the other terrorist organizations operating in the Gaza Strip and by Islamic associations). This year more than 120,000 Gazan children and pupils in the eighth through twelfth grades participated. The camps featured social activities, sports and entertainment alongside radical Islamic Hamas ideological indoctrination and semi-military training (including instruction in firing rockets and abducting IDF soldiers). The activities focused on three areas: 1) Semi-military exercises – The exercises were an important part of the campers’ activities this year as well, and included uniformed campers crawling on their stomachs, standing in parade formation, firing light arms, simulating firing rockets into Israeli territory, abducting and beating IDF soldiers, etc. They also studied military theory, such as operating weapons. Their instructors wore uniforms and some of them belonged to the Izz al-Din al-Qassam Brigades, Hamas’ military-terrorist wing. Military training is integrated into the Al-Futuwwa[1] program held in the schools during the academic year, introduced into the curriculum by Hamas in 2012, for tens of thousands of Gazan youths who receive theoretical and practical military training as part of their required studies.[2] 2) Radical Islamic Hamas indoctrination – Hamas operatives indoctrinate the youths with Hamas’ brand of radical Islam. They particularly stress themes of the conflict with Israel, among them the so-called “liberation” of Palestine [i.e., the destruction of the State of Israel], adherence to jihad and the armed terrorist struggle against Israel [the “resistance”] as the only way to resolve the conflict, and the so “right of return” of the Palestinian refugees. 3) Current events and propaganda – The activities focus on solidarity and identification with the Palestinian terrorist operatives imprisoned in Israeli jails. Especially prominent this year was the hunger strike held by the administrative detainees. The campers prepared displays related to the theme of hunger strikes and similar activities were held. The campers also participated in solidarity marches, walked on Israeli flags and held mock trials for high-ranking Israeli military and political figures.…more…

The Bear is Loose – Sol W. Sanders – No, not the self-designated ursus in the White House, but the Kremlin’s ruler. Having launched a program attempting to reinstate Moscow’s hegemony over the former Tsarist/Soviet Empire, Vladimir Putin now has been hoisted on his own petard. When his naked aggression in Georgia in 2008 elicited no significant American-EU response, he followed it with his 2014 annexation of Crimea. When that produced little more than Western denunciation, he mobilized for further aggression, attempting to use the Russian-speaking minority in eastern Ukraine. But he has now become a prisoner of his own rhetoric and aggression. True, like the European dictators of right and left of the 1930s, he has gained wide popular support at home. But the chauvinistic reaction of the Russian public is a false flag. Shamed and humiliated by the implosion of the Soviet Union (“the greatest catastrophe of the 20th century”, Putin has said), a catastrophic declining population, a start-and-stop economy, and an enormous flight of capital, Putin has used aggressive nationalism to try to reinvigorate a failed regime with all-too-well-remembered demagoguery. But he is now riding a tiger.…more…

What Hamas planned to do with the terror tunnels – Jonathan Halevi

Palestine Makes You Dumb. To argue the Palestinian side, in the Gaza war, is to make the case for barbarism – Bret Stephens

Trampled in Abraham’s dust: The destruction of Near Eastern Christianity – Jerusalem Post

Finlandization Is Not a Solution for Ukraine. The term “Finlandization” is making a comeback as a proposed remedy for Ukraine’s delicate position between East and West. A look back at Finland’s postwar experience shows us why this is a bad idea – James Kirchick

Putin Restores a Cuban Beachhead. The Kremlin and the Castros are chummy again, and Moscow is offering military aid. – Mary O’Grady