Call for Global Intifada from Toronto 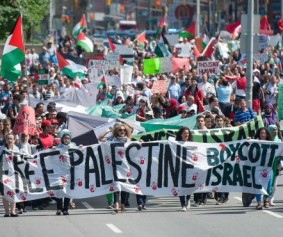 Leading an anti-Israeli, pro-Palestinian demonstration in Toronto on July 30, 2014, Issam Al Yamani, a Palestinian who is affiliated with the terrorist-designated Popular Front for the Liberation of Palestine (PFLP), declared:

“He [Abbas] should be the leader of this struggle, and we call upon him to call for an immediate Palestinian third Intifada, popular [violent] resistance in the West Bank and in Gaza, in the refugee camps and in the Diaspora.

Yamani is the Executive Director of Palestine House in Mississauga and a member of  Coalition Against Israeli Apartheid’s, Coordinating Committee, despite a deportation order that was issued in April, 2006, according to Estanislao Oziewicz, Globe and Mail, November 16, 2002 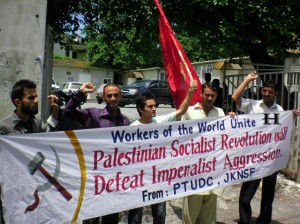 No One is Illegal (NOII)

The Organization for Afrikan Struggles and International Solidarity (OASIS)

Toronto Coalition to Stop the War

Women in Solidarity with Palestine 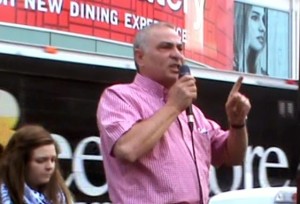