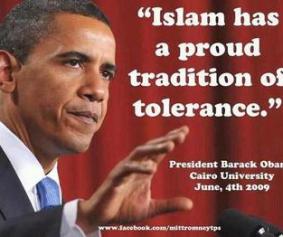 The Jihadist Plague on the March – Rachel Ehrenfeld – Al Qaeda’s attacks on the World Trade Center and the Pentagon, on September 11, 2001, signaled the beginning of the spreading of the global jihadist plague. The deliberate dismissal of growing jihadist movements the world over has been aided and abetted by the U.S. and other “non-believer” nations. Exerpts from the “Letter to America,” that in November 2002 was attributed to Osama bin Laden, clearly set the agenda for all jihadist groups. Yet, greed for Arab oil and money led the U.S. and the others to ignore and often discount the rising Islamic tide. Moreover, they have swallowed every denial and obfuscation of this rise by leading Muslim countries, such as Saudi Arabia and Iran, as well as by Muslim Americans who admit their religious loyalty is to the Nation of Islam, not to the secular United States of America. The spread of the jihadist plague was further obscured by the U.S. president who just over a year ago declared, “Al Qaeda has been decimated.” His recent dismissal of the increasingly contagious ISIL, as a “JV team“ did little to contain the disease. Other Western leaders are worried and “surprised.” They shouldn’t be.…more…

The Islamic States’ Oil Revenue – J. Millard Burr – The European Union Ambassador to Iraq, Jana Hybášková, repeated last week her claim that European countries are “inadvertently aiding the Islamic State.” She claimed the Europeans are purchasing $3 million worth of oil a day, from areas controlled by the IS. She made this claim before the European Parliament’s foreign affairs committee. The report is nothing more than scare-mongering at its worst. Reportedly, Hybášková has chastised Iran, Kurdistan and Turkey for allowing themselves to be used to facilitate the export of oil produced by the self-proclaimed Islamic State of Syria and Iraq (ISIS, or Da’esh in Arabic).”  Furthermore, she noted that that there is no coordination of arms sales to the Kurdistan fighting force (Peshmerga), and, like oil, arms may not have found their way to the right people. When confronted and urged to provide evidence to substantiate her contention, she could or would not. The Turkish news agency Anadolu has quoted the Ambassador, denying her claim that the Islamic State is annually involved in the sale of $1 billion in Iraq and Syrian oil.  On reviewing her criticism of Iran, Kurdistan and Turkey “for being routes out of Iraq for Europe-bound oil tankers going by road,” Turkish Energy Minister Taner Yildizs replied, “Such claims are being uttered just to create controversy about Turkey’s policies. However, even before the UN’s decision, Turkey has not purchased oil from ISIS or al-Nusra”.…more…

Terrorism Breeds New Threats – Norman A. Bailey – Terrorists are increasingly cooperating with criminal gangs, while Lebanon could go the way of Libya.Two developments in the strategies and tactics of terrorism merit careful analysis: One is the growing nexus between terrorist organizations and criminal gangs. That relationship has existed for years in Colombia, where drug gangs have been allied with the terrorist organizations FARC and ELN. The terrorists provide protection and the gangs provide financing. It is a purely commercial arrangement; with equivalent value-added on both sides. In the Middle East this combination takes various forms. Both Hezbollah and Hamas were to some extent self-financed, through the profits from smuggling. It is estimated that Hezbollah acquires about 40% of its yearly budget of some $500 million from the proceeds of smuggling. The same was true of Hamas, until the Egyptians closed the smuggling tunnels between Gaza and Sinai, which plunged Hamas into a financial crisis which continues to worsen. The Islamic State (IS) makes money from looting banks in the areas it controls and trying to sell oil from the fields it occupies. Most of these activities require cooperation with criminal distribution and sales networks.…more…

Strategy, Anyone? – Sol W. Sanders – “Okay, smart-a___, what is your strategy?” – In a (rather large) nutshell, here are the tactics which when pulled together make up a grand strategy: Domestic: Make an “America is back!” speech from the Oval Office in the White House modeled on Harry Truman’s “Doctrine” speech of 1947. … Immediately ask Congress for emergency lifting of all Sequestration applying to the Department of Defense, the CIA and other security agencies for five years. Halt and reverse with continuing extension and recruitment the personnel cutbacks now decimating the American armed forces. … Reverse energy policies to provide the U.S. economy and our allies with a noninflationay stimulus of cheaper fuel, simultaneously directly providing hundreds of thousands of new jobs. Mideast: Bomb the ISIL in Syria and Iraq “back to the stone age” with a massive WWII-type aerial bombardment. In riposte, sanction all banks and financial institutions — including third parties, and, of course, including all Russian and the Chinese institutions — doing business with the Assad regime. … Europe: Put the ruffles and flourishes back into the Anglo-American alliance with its attendant links to Canada, Australia and New Zealand as the cornerstone of NATO and America’s world alliance strategies. Deliver ASAPiest heavy weapons and technical assistance to Ukraine in its fight against the invasion by Russian President Vladimir Putin’s forces and block Moscow’s intervention in rewriting the structure of the Kyiv regime. Establish a NATO base in Estonia. East & South Asia: Quietly assign a senior U.S. diplomat to a special U.S.-Japan-Korea commission to sit sine die to help sort out issues between Tokyo and Seoul with special personal representatives of Prime Minister Shinzo Abe and President Park Geun-hye. (Their grandfather and father, respectively, established postwar relations between the two countries.) This would aim to smooth over the most important obstacle in an American-led defensive alliance in Asia against North Korean and Communist Chinese threats. … Latin America: Initiate “tough love” with Mexico, e.g., introduce legislation to subsidize American investment in Mexican oil and gas in exchange for joint paramilitary border operations to halt illegal flow of immigrants to the U.S. with reinforced joint patrols on both sides of the border and a joint U.S.-Mexican undercover immigration control force on the Mexican-Guatemala border. Reach agreement on new “modalities” for protecting American citizens traveling, visiting and doing business in Mexico, matching those afforded Mexican citizens in the U.S. … Africa: Move U.S. Africom to a new joint U.S.-French-Portuguese-NATO base to be built rapidly with port and air facilities on Sao Tome e Principe in the Gulf of Guinea while pursuing a campaign of destruction with African and Eruopean allies against Boko Haram.…more…

Is the link between Assad and the Islamic State a Christian one? – Tony Badran

The false allure of an Iranian alliance – Benny Avni

Across Time and Death: Iran and the ISIS Challenge – Michael Seagal

Russia and the Menace of Unreality: How Vladimir Putin is revolutionizing information warfare – Peter Pomerantsev

One Flight Away: An Examination of the Threat posed by ISIS Terrorists with Western Passports – Homeland Security Committee, Subcommittee on Border and Maritime Security – September 10, 2014

Cybersecurity, Terrorism, and Beyond: Addressing Evolving Threats to the Homeland – Committee on Homeland Security and Governmental Affairs – September 10, 2014

Considerations for Possible Authorization for Use of Military Force Against the Islamic State – Matthew C. Weed, Analyst in Foreign Policy Legislation –  September 9, 2014 (IN10147)