The Jihadist Plague on the March 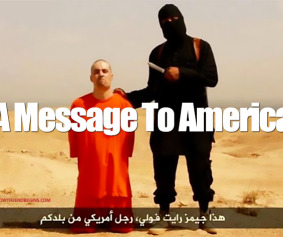 Thirteen years after al Qaeda’s attacks on the World Trade Center and the Pentagon, signaled the beginning of the spreading of the global jihadist plague. But then, as now, the United States political leadership failed to understand that al Qaeda, ISIL and similar jihadist terrorists are merely the symptom of a politically camouflaged, deadly infectious disease that was presented as a side effect to the rise of “Political Islam.”

This deliberate dismissal of growing jihadist movements the world over has been aided and abetted by the U.S. and other “non-believer” nations. Osama bin Laden’s November 2002 “Letter to America,” clearly set the agenda for all jihadist groups. Yet, greed for Arab oil and money led the U.S. and the others to ignore and often discount the rising Islamic tide. Moreover, they have swallowed every denial and obfuscation of this rise by leading Muslim countries, such as Saudi Arabia and Iran, as well as by Muslim Americans who admit their religious loyalty is to the Nation of Islam, not to the secular United States of America.

The spread of the jihadist plague was further obscured by the U.S. president who just over a year ago declared, “Al Qaeda has been decimated.” His recent dismissal of the increasingly contagious ISIS as a “JV team“ did little to contain the disease. Other Western leaders are worried and “surprised.” They shouldn’t be.

A year after al Qaeda attacked the U.S. homeland, Osama bin Laden laid out very clearly the agenda of the jihadist movement. The Arabic document was translated and circulated by Islamists in Britain—whose Prime Minister, David Cameron, is one of worried and surprised Western leaders—and was published on November 24, 2002, by the Guardian.

Here are some exerts that should have caught the attention of those who saw the 9/11 attacks as a deviation from Islam.

“Allah has decreed that ‘Verily it is I and My Messengers who shall be victorious.’ Verily Allah is All-Powerful, All-Mighty.” [Quran 58:21]

The Nation of Martyrdom; the Nation that desires death more than you desire life.

“Think not of those who are killed in the way of Allah as dead. Nay, they are alive with their Lord, and they are being provided for. They rejoice in what Allah has bestowed upon them from His bounty and rejoice for the sake of those who have not yet joined them, but are left behind (not yet martyred) that on them no fear shall come, nor shall they grieve. They rejoice in a grace and a bounty from Allah, and that Allah will not waste the reward of the believers.” [Quran 3:169-171]

The Nation of victory and success that Allah has promised:

“It is He Who has sent His Messenger (Muhammad peace be upon him) with guidance and the religion of truth (Islam), to make it victorious over all other religions even though the Polytheists hate it.” [Quran 61:9]

The Islamic Nation that was able to dismiss and destroy the previous evil Empires like yourself; the Nation that rejects your attacks, wishes to remove your evils, and is prepared to fight you. You are well aware that the Islamic Nation, from the very core of its soul, despises your haughtiness and arrogance.

If the Americans refuse to listen to our advice and the goodness, guidance and righteousness that we call them to, then be aware that you will lose this Crusade Bush began, just like the other previous Crusades in which you were humiliated by the hands of the Mujahideen, fleeing to your home in great silence and disgrace. If the Americans do not respond, then their fate will be that of the Soviets who fled from Afghanistan to deal with their military defeat, political breakup, ideological downfall, and economic bankruptcy.

This is our message to the Americans, as an answer to theirs. Do they now know why we fight them and over which form of ignorance, by the permission of Allah, we shall be victorious?

Unless the political leadership of U.S. and the West will be willing to identify the deadly Islamist ideology as the culprit global violence spread by its messengers, the likes of al- Qaeda, Hamas, Hezbollah and ISIS, and their sponsors –  Saudi Arabia, Iran and Qatar, to name a few – the jihadist plague will continue its murderous march to martyrdom.

The ISIS (aka ISIL, or IS) surely appreciated Obama’s assertion that the land they have taken-over in Syria and Iraq does not constitute a “state.” Indeed, they consider it a temporary base of operation from which to plan the next stage in the creation of the Islamic nation, the caliphate.  Obama added that “ISIL is a terrorist organization, pure and simple. And it has no vision other than the slaughter of all who stand in its way.” But the IS is not merely a vicious terrorist organization. It is a jihadist movement on the march to force the sharia plague the world-over.  And they are not keeping this a secret, it’s written on their flag.

The only state leader, a devout Muslim, Egypt’s President, Gen. Fateh al-Sisi called “for a new vision and a modern, comprehensive understanding of the religion of Islam—rather than relying on a discourse that has not changed for 800 years.” Al-Sisi himself contributed towards such reform by getting rid of Muhammad Morsi and outlawing the Muslim Brotherhood that came to power under the guise of “Islamic Democracy” (an oxymoron), and then attempted to change the secular Egyptian government into a religious one, ruled by the sharia.

Obama, however, instead of supporting Morsi, seems to agree with the Muslim Brotherhood. Like them, he repeatedly claims that “Throughout history, Islam has demonstrated through words and deeds the possibilities of religious tolerance and racial equality,” and that these days when commenting on ISIL’s atrocities, he repeatedly states: “Islam is not part of the problem in combating violent extremism – it is an important part of promoting peace.” Really?

Don’t count on reading his memories to find out what motivates him to promote this falsehood.