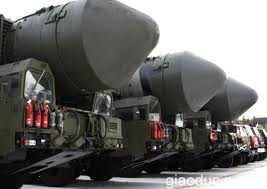 Nuclear Threats on the Rise – Rethinking the Unthinkable – Houston T. “Terry” Hawkins, Senior Fellow Los Alamos National Laboratory & ACD Board of Directors – Today there are major imbalances between the new and expanding nuclear weapons research and production capacities of Russia and the declining capabilities of the United States. The end of the Cold War brought many changes including the unification of Germany, the expansion of democracy into Eastern Europe, and the integration of Russia into the global economy. It also removed the previous five-decades-long worry about a nuclear war. “Thinking about the unthinkable,” that is, seriously contemplating nuclear war, has all but vanished from the minds of most people. But given Vladimir Putin’s annexing of Crimea last spring and his boast in September that he could invade five NATO capitals inside two days, a Cold War 2.0 may be just around the corner. .…more…

Spotlight on Global Jihad – Meir Amit Intelligence and Terrorism Information Center – December 1-9, 2014 – Main events: In Syria and Iraq, the US-led campaign against ISIS continues. In the city of Kobani (Ayn al-Arab) in northern Syria, the fighting continues with no decisive victory by either party. In the area of Deir al-Zor in eastern Syria, ISIS attempted to take over the Syrian military airfield, so far unsuccessfully. In Iraq, ISIS’s efforts to cleanse the pockets of resistance in the Sunni province of Al-Anbar and other areas in the north continue. ISIS released a video of a Canadian operative calling for more attacks in Canada. …more…

Nuclear Vigor: Russia, China and Iran – Houston T. “Terry” Hawkins, Senior Fellow Los Alamos National Laboratory & ACD Board of Directors – Just as the United States surprised its adversaries in World War II with technological advances such as the atomic bomb, its adversaries today can do the same to it. Today, in contrast to what is happening at their American counterparts, these Russian institutes are seeing their benefits, compensation appreciation, working conditions, facilities, and meaningful research significantly improve. Rigorous research—including year-around experimentation at their Novaya Zemlya Test Site, which is leading to the development and deployment of new Russian nuclear weapons for newly designed delivery systems—continues to be their top priority… at a time when U.S. nuclear weapon budgets are being cut and U.S. nuclear weapon experts are being offered early retirements or terminated, Russia’s 2014–2016 defense program is planning a 50 percent spending increase in its nuclear program,.…more…

The Muslim Brotherhood in Russia – J. Millard Burr – In the pre-Soviet epoch, Islamic law ruled every aspect of life in Central Asia and, to a lesser extent, throughout the Caucasus. In the Soviet Union severe restrictions were placed on Islam beginning in the late 1920s.  The Sharia, which serves as the Muslim code of law that regulates various aspects of social and community life, ceased to exist in any officially recognized manner.  Still, Islam was not extirpated; rather, it was driven underground…. In the last years of the Soviet Union an incipient jihadist movement, which evolved from the war in Afghanistan, was nearly always viewed by the Soviet press as something alien to or in conflict with Muslim traditions.  That was particularly true in the northern Caucasus, Kyrgyzstan, Tajikistan and Uzbekistan—all of which would become especial targets of the international Muslim Brotherhood (Ikhwan al-Muslimun).…more…

Russia’s Renewed Nuclear Threat – Part I – Houston T. “Terry” Hawkins, Senior Fellow Los Alamos National Laboratory & ACD Board of Directors – …Putin’s actions come on the heels of the modernization of Russia’s nuclear weapons program. In stark contrast, the nuclear weapons research, testing, and production infrastructures of the United States have to decline through elimination and restructuring of organizations and reductions of workforces and budgets. These trends must be examined and evaluated. They certainly cannot be ignored. Tough Talk from the Bear: Russia’s recent actions to demonstrate its independence, military prowess, and new economic power are troubling…Russian spokesman Dmitry Kiselyov starkly reminded the United States that, “Russia is the only country in the world that is realistically capable of turning the United States into radioactive ash.” In December 2013 President Putin had named Kiselyov to head a new state news agency charged with portraying Russia in the “most positive light.”…more…

Islamists’ Political Power in the U.K. and U.S. – Rachel Ehrenfeld – Tony Blair got it right. When asked about the consequences of the West’s intervention in Afghanistan and Iraq, Britain’s former Prime Minister, once again reiterated “the reason it was tough in Iraq and tough in Afghanistan is the reason it is tough today…. It’s tough because terrorism is deep-rooted and it’s got very strong causes within the religion of Islam,” he is quoted saying.  Earlier this year, Blair pointed out that radical Islam destabilizes “communities and even nations. It is undermining the possibility of peaceful co-existence”…Blair is being mocked by the British and American leftist media which has been very careful not to blame Islam for violence and terrorism. Even the Royal family’s love affair with Saudi royals and Gulf Emirs, matched until recently only by the British Foreign Office, is being undermined by the Muslim Brotherhood…. Barack H. Obama dismissed hundreds of thousands of American petitioners to designate the Brotherhood. Instead, the White House issued this statement: “We have not seen credible evidence that the Muslim Brotherhood has renounced its decades-long commitment to non-violence.”…more…

Reality vs. Virtual Reality – Sol W. Sanders – In the mid-1960s, I quit taking photographs for publication for my employer, US News & World Report, in addition to my writing. With my trusty little 35mm Leica body and Nikor lenses, I had blossomed from a rank amateur to become quite proficient. There were even battlefield pictures although I was not, as we said then, a “bang-bang reporter”. I was doing more overall reporting and analysis of a complicated political as well as military war in Vietnam and still nominally “covering” the rest of South and Southeast Asia. I quit for several reasons. I found that I was beginning to look at everything around me through an imaginary camera rangefinder, even before I put it to my eye….That now seemed to be what was happening with my camera: I was losing the overall perspective on the scene I was observing with my attention drawn to how to record it with the camera. There was another reason, as well. I found that nothing lied as much as a photograph, even perhaps more than words.…more…

FBI: 90% Of Cyber Security Systems Out There Would Not Have Been Able To Block The Sony Hackers – Business Insider

Can Islamic State Feed the People It Conquers? – Bloomberg

From Assad to Worse: Heightening the Contradictions in Syria – TAI Staff

Fort Hood. At last, a chance to right a wrong after the ‘workplace violence’ slaughter at Fort Hood by an Islamist fanatic. – Dorothy Rabinowitz

The Ebola Epidemic: The Keys To Success For The International Response –  Foreign Relations Committee, Subcommittee on African Affairs – December 10

Chemical Facility Security: Issues and Options for the 113th Congress – Dana A. Shea, Specialist in Science and Technology Policy – December 11