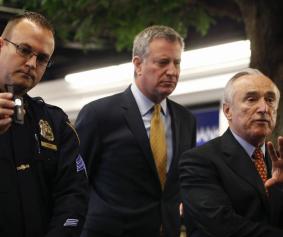 In the mid-1960s, I quit taking photographs for publication for my employer, US News & World Report, in addition to my writing. With my trusty little 35mm Leica body and Nikor lenses, I had blossomed from a rank amateur to become quite proficient. There were even battlefield pictures although I was not, as we said then, a “bang-bang reporter”. I was doing more overall reporting and analysis of a complicated political as well as military war in Vietnam and still nominally “covering” the rest of South and Southeast Asia.

I quit for several reasons. I found that I was beginning to look at everything around me through an imaginary camera rangefinder, even before I put it to my eye. Just as I, early in my reporting career, had decided that voluminous notes were an impediment to writing a good story—important elements of “the story” would go in one ear and into my writing fingers and forgotten not to be adequately reconstructed from what was supposed to be a record. But if I listened carefully (and took down figures), I was more apt to get the essential significance and even the most important of the details of the story I was trying to follow and to write. That now seemed to be what was happening with my camera: I was losing the overall perspective on the scene I was observing with my attention drawn to how to record it with the camera.

There was another reason, as well. I found that nothing lied as much as a photograph, even perhaps more than words. Photographs are, after all, a mini-second of history of the scene presented. (It’s why I have always wondered if photography really is an art form; isn’t most of the best of photography accidental? When the new machine driven lenses with rapid shutter speeds came into mode, we joked that now Margaret Bourke White would bankrupt Time, Inc., with her film costs. She had already been noted as pointing her camera in a direction and taking photographs as fast as possible, eventually selecting one she thought better represented the scene.)

An iconic Madonna-like photo I took of a tribal mother in Laos with her child and the mist floating in behind her head was magnificent. (It was later included in a photographic insert in my book, A Sense of Asia, Chas. Scribner & Sons, 1969). In fact, what the photograph camouflaged was the deplorable situation in that village including my Madonna figure’s surroundings—its lack of sanitation and food, the high prevalence of tuberculosis and other diseases, and frequent murderous attacks by the Vietnamese Communists.

The digital revolution has magnified all these contradictions, of course.

The recently widely broadcast video of a man being taken down by police looks incredibly brutal. But when even conservative commentators such as Bill O’Reilly and Charles Krauthammer jump on the leftwing bandwagon to condemn the police, they are reacting to only a visual account of a portion of the whole episode. (It seems to have been ignored by most, for example, that a choke-hold contracts the larynx and the victim is not able to talk, not even to say he is choking.)  Instinctively, most people respond to a man, however strong, being subdued by several other men (in this case policemen) as a bullying episode.

A judge has so far quite rightly refused to permit the publication of the proceedings of the grand jury that failed to return an indictment on a policeman or policemen in the affair. Quite rightly. Secrecy of grand jury testimony is absolutely essential in our justice system precisely to protect those who would not otherwise testify to the possibility of a crime being committed and therefore to go forward to a jury trial where they not given anonymity.

But we already know that the victim in this scene was an offender with more than 30 arrests, some for serious crime, and, in fact, he was out of prison on bail when this footage was taken. We also know from other sources that the police acted on complaints of nearby storekeepers of the competition of illegal tax-free cigarettes he was peddling and his obstruction of access to their entryways. None of that wider “picture”, of course, comes through in the video. (It’s not even apparent in the film that the sergeant in charge of the police detachment is a female African-American.) Nor is there any indication from the photograph that the victim here suffered from several significant health issues (with perhaps the exception of obesity) which brought on—as well as this encounter with police—his fatal heart attack after he was taken into custody. It’s encouraging, although generally ignored by the media and the demonstrators, that the view of the victim’s daughter expressed publicly was that she did not believe the episode was a racial issue.

The digital revolution is adding to this kind of conundrum. The growing prevalence of hidden or obviously displayed cameras in virtually all public areas is going to add to the controversial nature of photographs. A camera which records the license plate and the timing of a car violating a red light is going to be incontrovertible proof of lawbreaking. But I suspect that the increasing installation of cameras in police cars and on the bodies of policemen as often as not is going to only add to the controversies surrounding arrests and physical altercations.

Even with technology advancing by the day, the camera will only display and record a portion of the police encounter with the object of surveillance. At some future stage, perhaps, encryption and instantaneous data checking and transmission will reach such a stage that facial recognition will immediately search and deliver police records on any individual under scrutiny. But even then the capacity of the policeman, even in a situation requiring less immediate action, to absorb all this information would be doubtful.

Technology notwithstanding, the moral of my story—if there is one—is that we inevitably fall back on common sense, training ,and a sense of duty that inspires someone to become a policeman in the first place. Protecting citizens in increasingly hostile environments—not only with criminals also better equipped but increasingly concentrated in crime-ridden ghettos—is going to become even more difficult, I fear, especially when those who should know better are joining the anti-police Greek chorus.