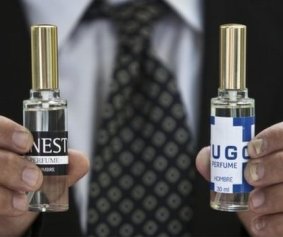 Cuba’s Anti-Israel, Pro-Palestinian Activities – Rachel Ehrenfeld – The recent launch of two colognes, “Ernesto” and “Hugo” (named after Ernesto “Che” Guevara and Hugo Chavez), may bring much needed foreign currency to Havana, while helping to remind the world of the Castro regime’s role in the making of the “Terrorist Internationale.” But no amount of cologne would be able to mask the stench of Cuba’s involvement in anti-American, anti-Israel, pro-Palestinian, anti-Semitic propaganda, and support of global terrorism. During and after the Gaza War, Cuba lost no time in reiterating its long-standing support for armed aggression by the Palestinians against Israel.…more…

Jihadists – Using Children – Sunni and Shiite jihadists have never shied away from using children as fighters (martyrs)  Recall Iran’s use of tens of thousands of children to clear the Iraqi mines during the war in the early 1980s. More recently, reports on similar exploitation of children by ISIL have made recent headlines. The Meir Amit Terrorism Information Center’s report shows how Hamas use of children “during Operation Protective Edge” The report document how Palestinian terrorist groups in Gaza exploited “children and teenagers… as auxiliaries and operatives.” While the report says “The extent of the phenomenon is still unclear,” it is clear that for Sunni and Shiite terrorist, exploiting children in the name of jihad is nothing new. Though the Palestinians terror groups exploitation of children has an even more sinister twist.…more…

The Islamic State and ‘Religion of Peace’ – Clive S. Kessler – As a faith, and a civilization built upon that faith, Islam over the centuries has displayed many faces, some peaceful and others not. Against the threat of violent Islam in our time, bland and disingenuous assertions of Islam’s essentially peaceful character are inadequate. Some hours after the arrest on 18 September of fifteen IS sympathizers alleged to be planning violence in Australia, the Attorney-General Senator George Brandis QC, in an interview with Raf Epstein on ABC Radio Melbourne, declared – correctly –  that people of the kind arrested constitute only a “tiny minority” within a large and largely law-abiding community. He went on to reject the suggestion that violence, or support for it, is any way “intrinsic” to Islam.. “The suggestion that mainstream Islam is anything other than a religion of peace is arrant nonsense,” he insisted. How convincing is this claim? Can we, in the face of threatened Islamist violence, find reassurance in that assertion? …more…

If we must speak Gaelic, Amaideas! – Sol W. Sanders – All the media hype to the contrary notwithstanding, the referendum on independence for Scotland was very close to a farce. Ironic, too, that such political balderdash should have taken place in the historic home of a half dozen of the world’s most noted political thinkers. That it was media-driven was made even more apparent in the closing hours after the victory of commonsense took over. CNN, unfortunately that worldwide purveyor of stylish rubbish, set the tone. Amanpour, who never met a cliché she couldn’t misappropriate, led the pack in the little inquest, with talk of “the great democratic process”. That, of course, despite the fact that not a single of the extremely difficult problems which would surface with “independence” from currency to defense had been debated in any real sense…. But, as with every major concern in the whole proposed process of leaving the United Kingdom, neither she nor he – an economist and onetime banker – gave a clue as to how a new impoverished mini-state would organize its finances or its currency.…more…

Why Does the Iranian Axis Get a Pass? – Lee Smith

Khorasan, explained: why the US is bombing an al-Qaeda group you’ve never heard of – VOA

Obama’s Own JV Team. After the bin Laden raid, the deluge. – Max  Boot

Horror and Terror in Nigeria. Like the Islamic State group, Boko Haram is wielding a violent brand of Islam. – Lawrence Haas

What Putin Intends to Provoke in the Baltic Countries – Paul Goble

Is Russia making preparations for a great war? – Andrzej Wilk

Defense Can Lead U.S.-India Ties: The U.S.-India security relationship is a win-win for both countries. – Jon Kyl, Roger Zakheim