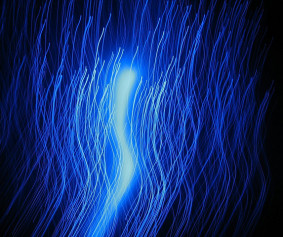 U.S. CyberSpace Vulnerabilities – Rachel Ehrenfeld – Cisco Systems’ CEO John Chambers’s letter asking President Obama to personally intervene to stop the National Security Agency from intercepting and planting surveillance software in the company’s equipment before it is shipped to customers around the world… This letter overshadowed the news of charges against Chinese military hackers who will never be brought to justice in the U.S. These indictments will do nothing to increase the U.S. cybersecurity… we also face growing threats of purposeful interferences…Yet, a large number of radio frequency jamming devices are advertised and sold in the U.S. despite the 1934 Communications Act that strictly forbids the manufacturing, marketing and importation of jamming devices into the U.S. …more…

U.S. Unprepared for Biological Threats – Rachel Ehrenfeld – In a recent report to Congressional Committees on Biological Defense, the General Accountability Office (GAO) revealed that the Defense Department has not followed its own directive to update its list of biological agents that pose the greatest threat to the military. The DoD list on new biological threats serves…Yet, it has only been updated twice since its creation in 2000….without updated lists, GAO was not able to determine whether DoD was dealing with the latest deadly biological agents.  Even in the years that DoD did update the list, the GAO audit found that it didn’t reach out to  the department’s Chemical and Biological Defense Program and other concerned agencies.…more…

Ins and Outs of the Hamas-PA Negotiations – Rachel Ehrenfeld – Once again, a lifeline has been thrown to the Muslim Brotherhood’s Palestinian branch, Hamas.  That lifeline was reportedly initiated  by the head of Qatar’s intelligence service Ghanem al-Kubeissi with Hamas chief Khaled Meshal in the form of friendly advice to reunite with the Palestinian Liberation Organization (PLO) and join the Palestinian Authority government…It did not take long for Meshal to convince his fellow Brothers, “and shortly afterward the reconciliation agreement between the PA and Hamas was signed.”…more…

Palestinian Reconciliation and the Rising Power of Hamas and Islamic Jihad: An Iranian Windfall – Jonathan D. Halevi – Palestinian Reconciliation Talks Continuing: Representatives of the Fatah and Hamas movements are continuing to talk at both senior and junior levels in an attempt to translate the reconciliation agreement, signed between the sides on April 23, 2014, into a series of operative steps. These primarily involve integrating Hamas and Islamic Jihad into the PLO institutions, setting up a unity government, and preparing for new parliamentary and presidential elections. The Palestinian president, Mahmoud Abbas (Abu Mazen), met with Hamas leader Khaled Mashaal and the emir of Qatar in Doha on May 6. Fatah Central Committee member Azzam al-Ahmed is expected to come to Gaza for continued reconciliation talks, and discussions are also being held in joint committees.…more…

India – A New Beginning? – Sol W. Sanders – Hardly. In a conversation decades ago with an old Asia hand about differences between India and China, my friend claimed her pursuit of knowledge on China was so much easier than anything similar for India. There, she said, everything had 5,000-year-old origins. She could have said, too, that while the Chinese write elaborate histories of their dynasties (usually rewrite is the first order of a new dynasty) there is a timelessness about (Hindu) India: No graves, acres of ruins that can hardly be dated, names repeated endlessly, a vast variety of cultures versus the Chinese attempted homogeneity.  That is not to say that the landslide victory of Narendra Modi’s Bharatiya Janata Party isn’t meaningful.…more…

Lessons Learned from 6 Big Terrorist Windfalls – A.D. Kendall – Terror finance trials over the last ten years have frequently involved transfers by individuals of a few thousand dollars to terrorist organizations abroad…those cases rarely get as much attention from the news media and law enforcement as multi-million dollar cases of funding terrorism….causes[ing] us to lose sight of the big time patrons of terrorism and their methods… High-dollar terrorist transactions are likelier to involve state sponsorship, or at least large organizations such as major charities, and sometimes corporations which are targeted for extortion or kidnapping-for-ransom schemes by militants.…more…

The Brotherhood in London. Why the Cameron government is concerned. – Olivier Guitta

Not Everybody Loves a Parade. Marching for and against Israel – Kate Havard

May 21 — House Subcommittee on Counterterrorism and Intelligence and Subcommittee on Cybersecurity, Infrastructure Protection, and Security Technologies. Assessing Persistent and Emerging Cyber Threats to the U.S. Homeland.

May 21 – House Committee on Foreign Relations Hearing: The Call for Economic Liberty in the Arab World.

May 20 — Senate Foreign Relations Committee, Business meeting to consider S.2142, to impose targeted sanctions on persons responsible for violations of human rights of antigovernment protesters in Venezuela; to strengthen civil society in Venezuela; S.462, to enhance the strategic partnership between the United States and Israel; S.Res.412, reaffirming the strong support of the United States Government for freedom of navigation and other internationally lawful uses of sea and airspace in the Asia-Pacific region, and for the peaceful diplomatic resolution of outstanding territorial and maritime claims and disputes, etc.

May 21 — Senate Foreign Relations Committee. Hearings to examine authorization for the use of military force after Iraq and Afghanistan.