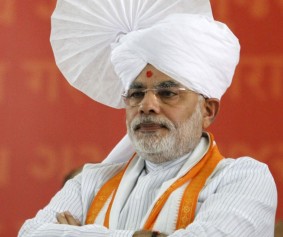 In a conversation decades ago with an old Asia hand about differences between India and China, my friend claimed her pursuit of knowledge on China was so much easier than anything similar for India. There, she said, everything had 5,000-year-old origins. She could have said, too, that while the Chinese write elaborate histories of their dynasties (usually rewrite is the first order of a new dynasty) there is a timelessness about (Hindu) India: No graves, acres of ruins that can hardly be dated, names repeated endlessly, a vast variety of cultures versus the Chinese attempted homogeneity.

That is not to say that the landslide victory of Narendra Modi’s Bharatiya Janata Party isn’t meaningful. It brings a dramatic change to the infinitely complicated Indian political scene. The BJP governemnt, unlike its predecessors for almost three decades, will have a working majority in parliament without the debilitating compromises necessary for coalition. Modi — a good orator and facile inguist — has arrived as a charismatic figure, something the India psyche seems to not only relish as elsewhere but to exalt to almost godlike proportions.

As the first chief executive born after Partition of the British subcontinental colony and the creation of the new independent India, he is accompanied by an incredibly young population — half its 1.2 billion under 25. His reputation as chief minister in Gujarat state as a driving economic force is what the sagging Indian economy cries out for. He and his party have promised to turn their back on the previous government’s effort at expanding a corrupt social welfare system beyond the point any New Delhi government could sustain. In the campaign process, he may have wrung the deathknell for the Nehru dynasty which has dominated Indian politics since independence and further dramatized it with his own humble origins. Some in Washington will again see the hawkish wing of the BJP as an ally in its efforts to build a tacit alliance against an increasing aggressive Beijing, especially since India’s decades-long territorial disputes with China remain unresolved.

But a word of caution for those who believe India has once and for all turned its back on state capitalism or that its fantastic electoral process (more than a half trillion voters for more than 8,000 candidates) insures rapid progress and ethnic peace. Much of Modi’s success, although his personal adulation does not reflect that, is due to his home state of Gujarat. It has always been in the forefront of economic progress since the days of British India when it was the Indian textile center of the nascent industrialization. Gujarati offspring were willing early on to immigrate to East Africa, North America and elsewhere for economic opportunity — with their cherished remittances sent back home. Its entrepreneurs dominated the Bombay presidency, India’s then second commercial city all during the days of Raj and the immediate postwar period. Its Muslim elite (the only large Brahmin high caste community converted en masse to Islam) built Karachi’s industrial center after their flight during Partition and it has kept Pakistan afloat. Even though it is as caste-ridden as the rest of the country, the great secret of caste mobility (get wealthier, go vegetarian and move up) is nowhere demonstrated more clearly than its Patel subcaste..

Yet Gujarat has not always been a model that could be transplanted. In the 1960s, I investigated a novel milk supply operation for the nearby huge Bombay metropolis. A creative agronomist — by the way, a Christian from Kerala state in southwest India — had found that if water buffalo were kept pregnant and lactating, they produced larger quantities of milk with larger amounts of butter fat at cheaper cost than milch cows. He set up a collecting system, even invented a new cheese (which could not be sold and had to be converted to something resembling American processed cheese which had an Indian market). But U.S.AID, after spending time and money on trying to transplant the Gujarat experiment to other parts of India, failed in the face of Hindu actual and figurative cow worship. Tradition and inertia die hard in the Indian environment.

Modi needs to strike lightning blows — always an unlikely phenomenon in India where everything moves slowly — at the South Bloc bureaucracy, a deadly accumulation of traditional Indian hierarchy and British colonialism. Probably more than any other single factor, the hangover from what the first Indian governor-general Rajaji called “the permit-license raj” restrains the economy. It is haunted by the East India Syndrome, the fear foreign investment with its advanced technology will sabotage sovereignty. But worst of all, for three decades former Prime Minister Jawaharlal Nehru’s plunge for Soviet-style centralized, top-down planning added another accretion to the pattern of repression of one of the most accomplished entrepreneurial peoples in the world. It was so deadly the world began to accept “a Hindu rate of growth”, stagnation, only challenged with the implosion of the Soviet Union in 1990. (It’s often forgotten that outgoing Prime Minister Manmohan Singh who has reigned for a decade with the Nehru clan pulling the strings was a compliant planning bureaucrat for much of his career.) Despite a partial liberalization of the economy, in no small part because of the Soviet collapse, India has lapsed back into lower rates of growth as resistance to painful liberalization policies reasserted itself through the babus (clerks) in the bureaucracy. That deadweight would only be uprooted quickly with a ruthlessness that Indian politics has never seen and is probably not likely to.

On the foreign policy front, Modi is encumbered in two ways: his Hindu revivalist background and, at a minimum, his lack of leadership during the Gujarat pogroms of 2002 when more than 2,000 Muslims were killed. It will make him suspect not only among his own huge Muslim population (probably more than 150 million or bigger than the population of Pakistan) but also other minorities. But it promises more difficulties in the ceaseless feud with Pakistan that has cost three-and-a-half wars. On the basis of this and accusations (by the U.S. State Dept.) that “Modi revised high school textbooks to describe Hitler’s ‘charismatic personality’ and the ‘achievements of Nazism'”, Washington denied Modi entry to the U.S. until his election as prime minister became a probability. It will take some hard swallowing on both sides to overcome that past, as well.

Perhaps more important in a rapidly changing East European international environment, the continued adherence to a New Delhi-Moscow alliance — even after the implosion of the Soviet Union — dominates the Indian Foreign Ministry. Just as in Soviet times, India has rationalized Moscow’s aggression on Crimea and Ukraine — even at the risk of seeing it as a model for Chinese policies in the Himalayan states. Russia remains India’s principal supplier in one of the biggest rearmament programs in history. Political prejudice went out of its way to avoid putting American fighter aircraft on Delhi’s short list last year for one of the largest proposed purchases in history. The possibility of more than tactical cooperation between the U.S. and India in defense of freedom of navigation in the Indian Ocean (which New Delhi regards as its mare nostrum) and South China Sea appears dim.

India, as much or more than other societies, defies the kind of “logical” analysis which the more acquainted often apply. Over a half century ago, one of my favorite arguments in discussions with Indians and others interested in the country was the quip that New Delhi’s economic policies would have to change. “Two people cannot stand on the same piece of ground”, I would say, talking about the vast reaches of 600,000 largely unmonitored villages without the simplest creature comforts. Now India with a cell phone for almost every one of its 1.2 billion people and more than half of Indian households with TV would seemingly have a different character. And, of course, the population has almost tripled. Despite a relatively low birthrate of only 1.2%, India will soon surpass China as the world’s largest. Estimates are that it will reach a staggering 1,684,197,000 in 2050, before growth will begin to taper off.

Modi is up against a problem, as I use to miscalculate it, which defies … gravity.

* A version of this column will be published at http://yeoldecrabb.com on Monday, May 19, 2014