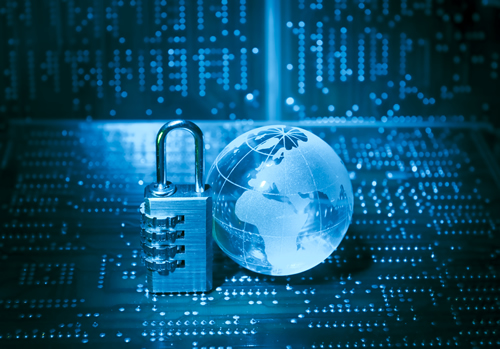 The Impact of Purposeful Interference on U.S. Cyber Interests* An ACD Event Report, by Rachel Ehrenfeld  —

About the event:  “Thank you for inviting me to participate in one of the most interesting discussions ever.”  -Houston T. Hawkins, Senior Fellow, Principal Associate Directorate for Global Security, Los Alamos National Laboratory. Read the full report here…

While securing cyberspace has been identified as a core DHS mission since the 2010 QHSR, the Department’s view of cybersecurity has evolved to include a more holistic emphasis on critical infrastructure which takes into account risks across the spectrum. In a time of constrained resources, we must ensure that our efforts achieve the highest level of security as efficiently as possible…more…

Noble intentions aside, early in the history of U.S. public/private cyber partnerships, we confronted a host of legal questions that demanded answers. Private sector companies asked whether information sharing partnerships would violate antitrust laws. “No,” said the Department of Justice in 2000. Not as long as the information sharing exchanges are open on a non-discriminatory basis to sector members, and are limited to information about security program best practices and the identification of vulnerabilities…more…

The Shi’ite foreign fighters fighting in Syria can be divided into two main groups: one consists of Hezbollah operatives, of whom there are several thousand, sent by the organization to participate in offensive and defensive operations in Syria. The other consists of Shi’ite foreign fighters from Iraq and other Arab-Muslim countries who are sent to Syria to fight in support of the regime…more…

Yesterday’s attack that killed at least 20 Yemeni soldiers is the latest Al Qaida in the Arabian Peninsula’s (AQAP) atrocity in the region. It came at a time the country is debating the February 10 Regions Defining Committee’s decision to turn Yemen into “a federal state consisting of six regions—four in the north and two in the south.”  Yemen’s National Dialog Conference (NDC) ultimately agreed to 1400 articles and recommendations, some of which will now be incorporated in a constitution, which is due on March 2015…more…

There is presently about as much confusion as when the U.S. entered The Cold War against the Soviet Union in the late 1940s. But there are fundamental defining differences to what is likely to be an equally long and complex new struggle between the U.S., its allies and Moscow…more…

All-too-common mistakes regarding Ukraine’s present and past. Too many new “experts” on Ukraine.

Paul Goble: Moscow’s Next Move against Ukraine May Come from Transdniestria

Transnistria is the last Soviet Republic, despite not being part of Russia or Ukraine or Soviet.  Union with Russia is on its mind.

Amir Taheri: Tehran and the temptation of a power grab in Lebanon
Thomas Joscelyn: The Unknown in the Boston Bombings

There are no conclusions on the Tsarnaev brothers’ foreign connections.

The Geopolitical Potential of the U.S. Energy Boom, before the House Foreign Affairs Committee, March 26, 2014