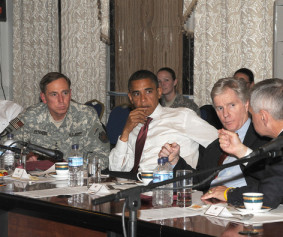 Immoral Equivalent – Daphne Netanyahu – There is a reason that criminal law – not just in Israel but the world over – does not define a criminal offense solely by the damage it caused. Judging the morality or immorality of war according to the number of people killed is not just another passing leftist cliché meant for public consumption, but has become the ultimate litmus test for determining the morality of political and military events and actions. The larger the number of casualties on one side, the greater that party’s morality. This is true no matter what the intention of each side was. All that matters, it seems, is the result. This simplistic test, adopted all over the world but especially in the case of Israel, is very convenient for putting Israel in the dock. Thus, the UN Human Rights Council and “disturbed” White House officials have determined that the degree of morality of Operation Protective Edge is dependent in large measure on the relative number of deaths each side suffered, with Israel obviously on the losing end of this numbers game. What a lovely way to blame Israel for having the gall to protect its own citizens, and how easily it allows everyone to disregard the fact that nearly each time Hamas fired a rocket or missile into Israel, it was aiming at civilian targets with the deliberate intent to kill innocent people – something which by definition constitutes a crime against humanity.…more…

Qatar, cold shoulders for Kerry, and a mysterious offer – Norman A. Bailey – Recent developments in the region hold out both promise and threats for Israel. A trio of new developments are worthy of notice and all affect Israel directly or indirectly: As a first result of the Saudi crackdown on Qatar, a dozen major Muslim Brotherhood (MB) officials were “invited” to leave the emirate (read “expelled”). They will not be homeless, of course, Turkey among others will be happy to receive them, but the development is significant as a first step towards removing Qatar from the shrinking support group behind Hamas, Islamic Jihad and other terrorists. The content of the Arabic broadcasts on Al-Jazeera should be carefully monitored to see if it changes significantly from its former anti-West, anti-Israel and pro-terrorist stance, which was another Saudi demand.  This is good news for Israel and potentially even better. Secretary of State John Kerry is now on another Quixotic quest in the mysterious Middle East, this time to try to convince countries of the region to provide the “boots on the ground” in the fight against the Islamic State (IS) that the Western countries are not willing to commit.  So far, not much luck. … Finally the mysterious Egyptian offer–which may or may not have been proposed to Abbas and which he may or may not have rejected–to provide an area in the Sinai five times larger than the Gaza Strip to be a homeland for the Palestinian people, welcoming all the scattered refugees as well as any West Bank inhabitants who wish to relocate. A brilliant solution to an intractable problem.…more…

The Presence of Evil – Sol W. Sanders – Perhaps the most horrendous aspect of the ghastly decapitation of innocents by the ISIL jihadists is that it is a part of their successful appeal to a growing part of the Muslim world. Apparently the media-astute leaders of the movement understand the psychology of power better than those in the West, shocked and infuriated by these events. The jihadists have chosen to publicize them at least, in part, as a way of attracting additional followers– alas! some of them out of the bosom of Western societies. And there is apparently every reason to believe they have been proved correct. After two cataclysmic internal struggles that almost demolished Western civilization, the more than half-century of peace in the European societies despite their own legacy of centuries of bloody conflict–some of it framed along religious lines–are now unprepared for this outbreak of bestiality. Having themselves rejected conflict for ordered methods of negotiation and conciliation, the prospect that there is such a thing as evil in the world is difficult to entertain. The U.S., itself, of course, an outgrowth of Europe’s culture, with its formidable military and its resolve has led the effort to establish international order during this period, the guarantor of that peace. But now that order is threatened on two fronts: Russia, still wrestling with its age-old doubt about whether it belongs to the West or is only a projection of Oriental despotism, is again a menace. Vladimir Putin’s outrageous duplicity as much as his invasion of Ukraine is epic. The bloody sword of Islam, too, is again reaching out of the retrograde societies of the Middle East. But this time using the very technocratic tools developed by the West…more…

The Muslim Brotherhood: Is Wagdi Ghoneim, the New Qaradawi Waiting in the Wings? – J. Millard Burr – Yusuf Qaradawi, the octogenarian and putative senior cleric of the international Muslim Brotherhood (Ikhwan al-Muslimun), has reached an age where he is not now expected to play a significant role in what has become a cloudy Ikhwan future. Among those waiting in the wings is Wagdi Abd al-Hamid Mohamed Ghoneim.  Ghoneim is a sixty-three year old cleric who, like the aging Ikhwan spokesman Qaradawi is Egyptian, lives in exile in Doha, Qatar, and like Qaradawi rarely misses a chance to flaunt his Islamist credentials.  Still, it is unlikely that Ghoneim will ever achieve Qaradawi’s eminence.  The latter was an academic of renown, publishing more than 120 books. In one case alone, Qaradawi’s book, “The Lawful and Prohibited in Islam,” has been translated into many languages and has sold more than a million copies.  It is said to be the most popular book purchased after the Koran.…more…

The Middle East ‘Black Revolution’ – Mark Burr and Rachel Ehrenfeld – In the Fall of 2010, liberals in many Middle Eastern countries wanted a ”Color Revolution,” like other countries had in the previous decade. Yet, in the Fall of 2014, the dominant color that splashes all over is black. The black color of the growing jihadist movement, the ISIL.…more…

After Gaza, New Security Challenges on the Northern Front, IDF

The key question: how far is Iran from an operational nuclear bomb? – Ami Dor-On

Iran and the “Coalition of Repenters”, Robin Wright, The New Yorker

A Change in Direction for ISIL – Richard Spencer

An Insider’s Guide to the Most Important Story on Earth. A former AP correspondent explains how and why reporters get Israel so wrong, and why it matters. – Matti Friedman

Get Ready for the Real War: Winning the war against Islamic State would only be the beginning. – Mordechai Kedar

Is China outstripping the West at innovation? – David Goldman

An Insider’s Guide to the Most Important Story on Earth. A former AP correspondent explains how and why reporters get Israel so wrong, and why it matters. – Matti Friedman

Worldwide Threats to the Homeland – Committee on Homeland Security – September 17

A New Era of U.S.-China Relations? – Committee on Foreign Affairs, Subcommittee on Asia and the Pacific – September 17

Threat posed by the Islamic State of Iraq and the Levant (ISIL), al-Qa’ida, and other Islamic extremists – Committee on Intelligence – September 18

U.S. Policy Towards Iraq and Syria and the Threat Posed by the Islamic State of Iraq and the Levant (ISIL) – Armed Services Committee – September 16