The Presence of Evil 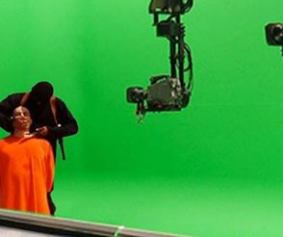 Perhaps the most horrendous aspect of the ghastly decapitation of innocents by the ISIL jihadists is that it is a part of their successful appeal to a growing part of the Muslim world. Apparently the media-astute leaders of the movement understand the psychology of power better than those in the West, shocked and infuriated by these events. The jihadists have chosen to publicize them at least, in part, as a way of attracting additional followers– alas! some of them out of the bosom of Western societies. And there is apparently every reason to believe they have been proved correct.

After two cataclysmic internal struggles that almost demolished Western civilization, the more than half-century of peace in the European societies despite their own legacy of centuries of bloody conflict–some of it framed along religious lines–are now unprepared for this outbreak of bestiality. Having themselves rejected conflict for ordered methods of negotiation and conciliation, the prospect that there is such a thing as evil in the world is difficult to entertain.

The U.S., itself, of course, an outgrowth of Europe’s culture, with its formidable military and its resolve has led the effort to establish international order during this period, the guarantor of that peace. But now that order is threatened on two fronts: Russia, still wrestling with its age-old doubt about whether it belongs to the West or is only a projection of Oriental despotism, is again a menace. Vladimir Putin’s outrageous duplicity as much as his invasion of Ukraine is epic. The bloody sword of Islam, too, is again reaching out of the retrograde societies of the Middle East. But this time using the very technocratic tools developed by the West, it threatens to cross the old barriers of time and space to destroy what optimists such as Pres. Barack Obama had hoped was the generally accepted dedication to a peaceful new order.

The West’s response, this time haltingly led by Washington, measures its response still based on a hope that reason and self-interest for material gain will stem the new tide of violence. That aspiration arises out of a refusal to recognize the existence of the phenomenon of evil. The Europeans, having thrown off for the most part their old religious practices that tried to frame good and evil, and the Americans, with their fervent hope no more sacrifices in blood and treasure would be required, are both reluctant to recognize the new conflicts for what they are.

It is this refusal to accept old verities that explains best, perhaps, the confusion which has dogged the Obama Administration’s response–not very different from its European allies–in the face of the new threats to peace and stability. This coupled with hubris arising from the White House’s claims of sophistication pretends to be able to scientifically measure out counters commensurate to the threat.

Nothing is so doomed to failure as such carefully orchestrated but limited responses to the armed threat of the jihadists. The old clichés that military plans collapse with the firing of the first shot, or (whether he actually said it or not} Confederate Gen. Nathan Bedford Forrest’s axiom that victory is dictated by “the fustest with the mostest”, are as true as ever.

How long will it take the West’s leadership to wake up to the ugly reality: evil is abroad in the world and it will take a total commitment to defeat it, just as was so often true in the past?

*sws-* A version of this column will be published at yeoldecrabb.com on Monday, September 15, 2014.