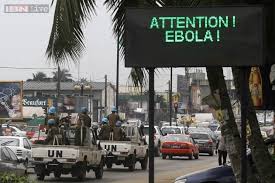 Countering BioTerrorism – Rachel Ehrenfeld – Bio-terrorism dates back to the New Stone Age. The Scythians (7th century BC – 4th century AD), the Gauls (Celtic people, 5th century BC – 3rd century AD), the ancient Romans (first and second centuries AD), the Aztecs, and the Mayans have used toxins from plants, such as the Curare, to snake venoms and poison dart frogs to kill their enemies either by using the toxins on their arrows and spears or by sometimes poisoning the water wells of their enemies. Advanced technologies facilitated the development of toxins that could devastate armies and civilian communities. The Jihadist movement gave rise to the Islamic revolution of Iran, Al Qaeda, Hamas, ISIS, and others who aim to annihilate and terrorize non-believers, destroy their cultures and devastate their economies. This fundamental change makes biological weapons appealing.…more…

Cyber Insecurity National Reminder – Rachel Ehrenfeld – As in previous years, the President proclaimed October, the “National Cybersecurity Awareness Month.” Yet, the nation’s growing cyber vulnerabilities attest that six years into the job, he has little to show but hollow statements. Our growing cyber vulnerabilities manifest that one month of national awareness a year has done little to alert Americans to the tremendous vulnerabilities of cyber systems used by the government, businesses, and social media. On October 5, on ”60 Minutes,” the Director of the Federal Bureau of Investigation (FBI) James Comey, all but gave up to China’s massive hacking that causes untold billions of dollars in damages to the U.S. economy. “There are two kinds of big companies in the United States,” he said. “There are those who’ve been hacked by the Chinese, and those who don’t know they’ve been hacked by the Chinese.” But the Chinese are not alone. Nor does hacking end with banks and the financial industry. In March the computers of the the U.S. government’s Office of Personnel Management were compromised. Last July the database of the contractor that does background security investigations for the Department of Homeland Security (DHS) was breached. Yet, the President and Congress have failed to create a legal framework to allow the private sector actions that would strengthen our mostly defenseless cyber systems.…more…

The Transformation of U.S. Foreign Policy – Sol W. Sanders – Barack Hussein Obama, with a group of largely ideologically primitive amateur policymakers but skillful media manipulators, set out in 2008 with the stated purpose to “transform” the American Republic.  Although their emphasis was more related to domestic issues, their goals also required a linked fundamental reorientation of American foreign policy. With the prospect that in a few days, another defeat in Congressional midterm elections will severely limit his further initiatives in the remaining two years of the Obama Administration, it must be acknowledged that at least temporarily Obama & Co. have succeeded in their overall aims in the international arena.…more…

Problem Ridden Intelligence – Robert Chapman – The damage caused by Edward Snowden’s theft and publication of the NSA data has rendered a major blow to the United States’ once legendary intelligence capabilities. However, this is not the only reason for the substantial decline in U.S. intelligence capabilities. The former director of the National Counter-Terrorism Center,  Matthew Olsen, on  Charlie Rose on October 8, noted that lack of HUMINT (human intelligence) sources  limits our ability to collect information. Similar statements have been made by other former U.S. intelligence officials. As if our diminished intelligence gathering on the growing jihadist terrorist movement through electronic listening devices were not enough, we now seem tempted to rely on intelligence from our “allies” who share the jihad ideology. These so-called ‘allies’ – the Saudis, Qataris, Turks and Iranians  help fund, train, arm and shelter these groups. Former CIA officer Robert Chapman reviews former CIA attorney John Rizzo’s take on the problem-riddled agency in Company Man: Thirty Years of Controversy and Crisis in the CIA,” (Scribner, New York, 2014).…more…

ISIL, US intervention and the rise of the Iranian model Western media’s caricaturish coverage of Iran masks an uncomfortable truth. – Al Jazeera

Giving Iran the Store. Tehran has no reason to stick to a nuclear deal when Washington is always willing to concede more. – Lawrence Haas

Video: Hizbullah’s Exploitation of Southern Lebanon’s Civilian Population – Israel Defense Forces [Hizbullah is deeply rooted within the population, exploiting its infrastructure for terror activity and using its civilians as human shields. Hiding weapons in private homes is just one of the many ways Hizbullah exploits the people of Lebanon.]

Why Turkey Shrugs as ISIS Closes In on Kobani: Shades of the Soviets standing by as the Germans attacked Warsaw in World War II. – Luqman Barwari, Barry Fisher

Summer in Paris;  As the sound of “Death to the Jews!” filled the streets this summer, much of the French elite averted its gaze or blamed the Jews for their own misfortune. Do Jews still have a future in France? – Robert S. Wistrich

China’s back – The Economist

The Lost Generation: Who’s to Blame for a World in Flames? – Walter Russell Mead

The Economic Impact of the 2014 Ebola Epidemic: Short and Medium Term Estimates for West Africa – The World Bank

The Deep Roots of the Great Recession – Christopher Whalen