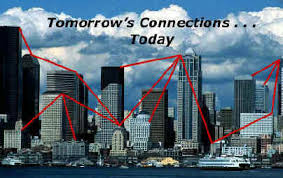 Laser Communications – Rachel Ehrenfeld – Uninterrupted radio frequencies are necessary to guarantee wireless communications. The rapid growth of wireless communication and computing systems with a wide range of applications and services have crowded the airwaves, increasing their vulnerabilities to interference. “I can give you a whole list of interference incidents. Radars, wireless land devices, unlicensed interference problems. We get them every day,” Frederick D. Moorefield Jr., director of spectrum policy …Defense Department.. The threat of jamming radio frequencies in the civilian sector has increased due to a large number of jamming devices, which are sold in the U.S…While… optical free space communications technologies using lasers to transmit data through readily available open space, are fast developing. To learn more about this, read Stew Magnuson‘s informative article Laser Communications to Thwart Jamming, Interception.…more…

The Muslim Brotherhood and the U.K. (Part I) – J. Millard Burr* – David Cameron this year asked Sir John Jenkins, Britain’s ambassador to Saudi Arabia, to launch an investigation into the Brotherhood, amid pressure from the UK’s allies in the Gulf to investigate its alleged terrorist activities…Background – Following the rise of military dictatorships in the Arab World, and beginning in the nineteen sixties, thousands of members of the Muslim Brotherhood (Ikhwan al-Muslimun) fled to Europe where they could enjoy the benefits of the welfare state, constitutional protections, and exile and extradition laws while remaining determined Salafist… Egyptian Brother Kamal el Helbawy … a symbol of that invasion. Helbawy had joined the Ikhwan in 1951 while a student at secondary school in Munufeiya, Egypt, and by his own admission was involved in outreach [da’wa] for many years.  Forced into Exile…he helped found the World Assembly of Muslim Youth in 1972… served as English translator of the Ikhwan’s dominant theologian Sheikh Yusuf Qaradawi and produced.…more…

‘Democracy Is For Infidels’ – Hasnain Kazim interviews ISIS Recruiter on Spiegel Online – Interview with an Islamic State Recruiter: How does Islamic State think? How do its followers see the world? SPIEGEL ONLINE met up with an Islamic State recruiter in Turkey to hear about the extremist group’s vision for the future… His English is polished and he speaks with a British accent. He calls himself Abu Sattar…Abu Sattar recruits fighters for the terrorist militia Islamic State in Turkey. Radical Islamists travel to Turkey from all over the world to join the “holy war” in Iraq or Syria and… examines their motives and the depth of their religious beliefs.., ” democracy is a hegemonic tool of the West and contrary to Islam. Why do you act as though the entire world needs democracy? And when it comes to homosexuality, the issue is clearly dealt with by the Koran. It says it is forbidden and should be punished…more…

The Language of Deception – Sol W. Sanders – Perhaps the glory of the English language is that it is so expressive. Its remarkable heterogeneous origins have given it an almost limitless vocabulary. And American English, particularly, has used that tool with an enormous flexibility to make it the international means of communication. One is able with a minimum of linguistic dexterity to capture every meaning, or almost every nuance. That’s why it is so depressing to note that of late there is a growing tendency to do the opposite, that is, to camouflage real meanings with obfuscation. It has become the fashion – and interestingly enough the tendency swells as one moves up the educational ladder – to mask real meanings with words or phrases that tell less than one could easily relate. At the moment my favorite bete noir in this regard is the phrase “to reach out to” which has become omnipresent.…more…

Why we keep getting the Middle East wrong – Mordechai Kedar

Major Cyberattack Will Cause Significant Loss of Life by 2025...- Patrick Tucker