The Language of Deception* 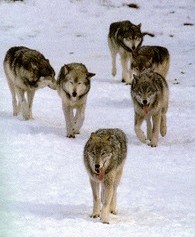 Perhaps the glory of the English language is that it is so expressive. Its remarkable heterogeneous origins have given it an almost limitless vocabulary. And American English, particularly, has used that tool with an enormous flexibility to make it the international means of communication. One is able with a minimum of linguistic dexterity to capture every meaning, or almost every nuance.

That’s why it is so depressing to note that of late there is a growing tendency to do the opposite, that is, to camouflage real meanings with obfuscation.

It has become the fashion – and interestingly enough the tendency swells as one moves up the educational ladder – to mask real meanings with words or phrases that tell less than one could easily relate. At the moment my favorite bete noir in this regard is the phrase “to reach out to” which has become omnipresent.

What the hell does that mean? There are dozens of words which describe in precision relationships and communication among individuals, and which would lend authenticity and further meaning to any such statement. If you have to obfuscate, how about “contact”? Long ago [but in my time] we turned “contact” from a simple noun into a verb, much to the horror of strict grammarians. But it still, generally, has retained the meaning of a spoken communication.

But “to reach out to” now substitutes for a wide variety of unknowable meanings: written communication, a face to face exchange, a telephone conversation, an exchange of e-mails or “snailmail”, a connection through an emissary or other intermediary. Or you name it! In any case, I doubt that most of the time it means extending an arm or a leg to touch another person.

Why? If you want to say that information has been exchanged about a particular subject, why not use one of many verbs which tell us how it was done and thereby give us more information?

I am afraid that this horrible example is only one of hundreds of such bromides commonly used these days.

Recently, after a long respite, perhaps decades, I have returned to glancing through and reading an occasional piece in The New Yorker. [I got a subscription for free in exchange for expiring air miles!] I find it just as pretentious, if not more so, as it ever was, self-satisfied with its pseudo-sophistication, and as always insisting that detail is a substitute for insight.

I won’t even attempt an evaluation of its political line. But I am reminded that years ago, a former editor, a former presidential speech writer, made the confession to me that he “knew nothing about Latin America”. But through the years, without as I judge much further study, he has continued to misconstrue most of what he writes about the region.

True, there is an occasional piece of good reporting, a novelty these days in the mainline media [although there seems to be growing hope for The Washington Post in its new incarnation]. And given the current social and political atmosphere, I suppose, that is not a small thing.

But what has struck me most about coming back to the periodical is how it has drifted into a world of another English language. That’s particularly true of its advertising, which obviously again even more than in the bad, good old days, aims at the wealthiest and a readership which has vast sums of disposable income.

I am, for example, at least partially computer literate, as they say. But the use of fairly exotic computer terms strikes me as an anomaly. In other words, it chooses not only to over-complicate, but to do it in a way that muddies meaning. It is even truer of its rather exotic restaurant coverage [not to mention the invitation to indigestion and avoidance of simplicity which, along with good raw materials, is largely the character of good – even French –cuisine].

But more than the use of language to hide rather than to expose meaning, what worries me about all this is that it seems to be another indication of the growing gulf between our self-appointed elite and the great unwashed. I doubt that most of my neighbors who are upstanding, God-fearing, “Americans”, would be able to decipher more of this jargon than I. It’s why most of them, I suspect, just as I, feel the widening gap not only with the Obama Administration’s policies but with any insight into why, never mind how, they have been formulated.

I believe I know the origin of some of this phenomenon. When, a little over a decade ago, I briefly taught a class in what should have been the history of American journalism [we couldn’t call it that because the history department objected!] at the fastest-growing university in America I was flabbergasted to discover the details of my three dozen students’ academic backgrounds. Most were in their third or fourth year toward an undergraduate degree, many of them graduating that winter semester.

All told me that in their entire school career they had never had a course in what we used to laughingly call “English grammar”. They also told me that despite their media goals, they had never had a history course – and most would not before graduation. [Most had had something called “American civilization”; I shudder to think what that might have been given the left-leaning faculties in our educational institutions.]

They were all in the “media stream” and when I expressed my misgivings to fellow instructors, I was told that that was the reason for my concern, that those who choice “media” were notoriously ill-prepared students. If that were true, one does not have to imagine how much trouble we are in for. For my students, supposedly, would en-cadre not only the various media but also the advertising world. And as a student of TV advertising which alas! I find for the most part so much more sophisticated than the accompanying editorial content, I doubt that that claim was true.

Does it all matter? I think it probably does, and very much so. For one thing, it may threaten our very security. Not to be able to call an obvious terrorist attack such as that of the military psychiatrist, a U.S. army captain, who murdered 13 people in his self-proclaimed personal jihad at Ft. Hood in 2009 is dangerous. Just as his earlier openly pro-jihadist statements were ignored, to mislabel the kind of evidence that he has presented us further jeopardizes our very existence. We desperately need to know our terms of reference if the epidemic of “lone wolf” attacks the apparently best informed intelligence personnel promise now awaits us can be met successfully.They also tell us what common sense would suggest, that there is great difficulty in forecasting who the perpetrators will be.

I am not calling for a return to the King’s English. Far from it!. [What is one to make of one of Fox News West Coast reporters, who may be a very fine investigator, but whose British/Australian accent is so thick I cannot, as someone who has lived for years in English-English-speaking countries, understand him! Then there is that Fox News State Department correspondent who makes the most stilted diplomatese appear simple in comparison with his elaborate circumlocutions.]

To coin a phrase, how about just calling a spade a spade -or at least a shovel, and not a hand-held earth-moving tool?

* A version of this column was posted Monday, October 27, 2014, on the website yeoldecrabb.com