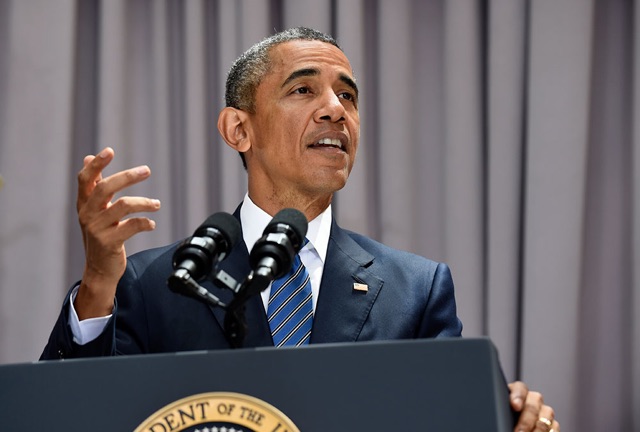 Obama Selling the Iranian Deal – Rachel Ehrenfeld – As a used lemon-car salesman, Secretary of State John Kerry continues to peddle the defective agreement with Iran. While his boss, who commands the lemon car dealership has successfully persuaded 36 Democratic Senators to assist him in preventing a congressional veto of this bad deal…continue…

Obama’s Threats Unlikely To Stop Cyber Attacks – Rachel Ehrenfeld – Talk about imposing sanctions on Chinese and Russian individuals and a company benefiting from their government’s looting of American trade, military and personnel secrets, is cheap, but futile…continue…

Turkey’s Growing Instability – Sol W. Sanders – Once NATO’s formidable eastern anchor, Turkey is increasingly becoming a major problem for Washington policymakers and a contributor to the Mideast chaos. The change is all the more remarkable since at the outset of the Obama Administration, the President saw then Turkish…continue…

Meet the Iran Lobby. In the Fight Over Sanctions and the Nuclear Deal, How Did the Supposedly All-Powerful Pro-Israel Lobby Lose to the Slick Operatives of the National American Iranian Council? – Lee Smith

Putin’s Pal. Stephen Cohen was once considered a top Russia historian. Now he publishes odd defenses of Vladimir Putin. The Nation just published his most outrageous one yet – Cathy Young

Wikileaks is a Front for Russian Intelligence – The XX Committee

The Endgame in Syria: Russia into Syria? – The American Interest

What’s next for the Muslim Brotherhood – Dina Ezzat

On the Backroads of Morocco. In a country where the traditional “fear of the authorities” has weakened, the Amazigh identity movement could help shape the future – Bruce Maddy-Weitzman

The ISIS Economy: Crushing Taxes and High Unemployment – The Atlantic

How to Destroy Islamic State (and How Not to). Why has a ragtag force been able to hold out against the most powerful country in the world? Because America¹s regional strategy is based on false precepts – Michael Doran, Michael Pregent, Eric Brown, Peter Rough

Cyber: Cyber insurance market will be worth $10bn by 2020, but still vastly untapped – Insurance Business

previous post Selling the Iranian Deal
next post Russians facing up to a Syrian climax?
Back to top
mobile desktop