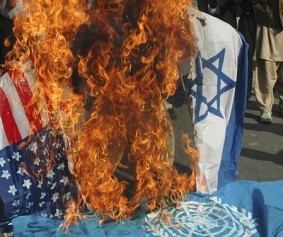 ACD NEEDS YOUR SUPPORT — “The ACD/EWI ability to predict future threats is second to none.” – R.James Woolsey, former CIA Director. The latest news about hacking into JPMorgan Chase and other banks’ databases should have not surprised ACD Blog readers. We have been warning against this and other threats to the U.S. economy and national security on this Blog, in papers, articles and briefings in which we also recommended better strategies and pragmatic solutions. … ACD’s ability to anticipate threats to cultural and economic freedoms and our national security is needed today more than ever! We work hard to carefully collect, analyze information in a wider and deeper context than most, and when threats to our principles, economy and national security are growing, your donation would help us to meet our financial obligations to enable us to continue and expand our work that covers a variety of areas that could threaten the U.S. Take a new tour of our constantly updated website. No other organization addresses the full range of threats to the U.S. and the West. No other organization provides as much expert information on events as ACD through its daily blog, articles and other publications, and high-level expert briefings. And no other organization is as frank and straightforward in presenting its message. While we pull no punches, we also recommend new policies, regulations and even laws. If you have not supported our work in the past, now would be an excellent time to begin.  If you’re a long-term supporter, please consider increasing your gift.  Our goal is to reach $75,000 by the end of September. Small gifts help, and substantial donations are necessary to continue our work: research, analysis, briefings, white papers, legislative initiatives, and publications.…see the ACD website for details…

Iran’s Strategic Role in the Global Jihadist Movement – J. Millard Burr – When the last of the Soviet military departed Afghanistan in 1988-1989, thousands of well-trained “Afghan-Arab” mujahedeen already indoctrinated in Salafist concepts began to return home.  Soon, from Algiers to Jakarta and from Cairo to Khartoum there emerged the backroom and storefront preachers of an Islamist future. In general, they were recognized for their opposition to governments that either did not implement or directly opposed the institution of Islamic law, the Sharia.  And because they tended to congregate in mosques whose leadership held analogous convictions, the returnees were soon watched closely by intelligence services. The more Islamist they appeared in dress, personal appearance and discourse, the more dangerous they were considered. Obviously unwelcome at home, the pariahs lacked a dependable venue where the Islamist cause could thrive. Two venues, Iran and Iraq, were for the moment out of the question. Ironically, while Iraq fought to survive Iran began the funding and foundation of its own Shiite Islamist movements.  The antagonists, who spent nearly a decade at war, had not played much of a role in the long war in Afghanistan.  Nor would they.  Despite nearly a decade of combat with the Soviets, in Afghanistan there was still no unifying political movement around which the surviving warlords could rally.  Iran served as home to nine disparate Afghan Shia mujahedeen elements, but it would have little influence on the outcome of events in Afghanistan.  It sponsored the formation of the Hizb-e-Wahdat (Unity Party) in 1990, but the movement, like the Afghan Shia themselves, was never that significant.  By 1990 Iran’s gaze turned west.  It began to fund with a vengeance its own Shiite Jihadist creation, the Hezbollah (Party of God). Israel would be harried, attacked directly, and in the end, they believed, Jihad would succeed in eliminating Israel, the Muslim bête noire. Iranian interest in the Palestine issue began in 1982 when it created and began to finance the Hezbollah in Lebanon.   The process of inserting the Shiite movement into the international setting followed in January 1986 when Iran sponsored a meeting of radical Lebanese Shiites held in Teheran.  Work was begun to create a constitution for Lebanon based on “the Iranian model.”  It was clear that Iran took the long view, and despite the fact that Hezbollah was yet an emerging jihadist element, it announced the conference aim was to introduce Islamic law (Sharia) to the whole of Lebanon.”…more…

Hamas Operative in Turkey Behind Abduction of 3 Israeli Youths – Meir Amit Intelligence and Terrorism Information Center – Overview 1.   Saleh Muhammad Suleiman al-Arouri is a senior Hamas operative based in Turkey. On August 20 2014, he told the participants of the fourth conference of the World Union of Islamic Sages (held in Turkey) that Hamas’ military-terrorist wing was behind the abduction and murder of the three Jewish youths in Gush Etzion (June 12, 2014). He read his speech, saying that he was speaking on behalf of Hamas leader Khaled Mashaal (calling him the “head of this resistance”). He was apparently recorded without his knowledge and his speech was uploaded to YouTube and received much feedback.…more…

The Obama Administration’s tutorials – Sol W. Sanders – Objectivity is one of the greatest assets in any human intellectual encounter. But no concept can be so easily abused in the white heat of crisis. And it can become a false front for a failure to come to grips with the issues at hand. For it can easily metamorphous into the belief that we are able to see beyond the current issues and put them in a broad historical perspective. That is one of the conceits of the present pseudo-intellectuals of the Obama Administration. The fact is that politicians, even those who graduate to statesmen, are not historians except in some very rare instances. So it is better left to our progeny to determine the longer-term results of the current crises and their outcomes. In terms of national policy, we have enough on our hands in simply meeting the demands of the hour for what clearly can be seen in the here and now as a danger to national security. Even that essential concept is a difficult one to measure at any given moment. To do otherwise has led, in part, to the current incapacity of American leadership to cope with half a dozen threatening geopolitical disasters around the world.…more…

Names of Palestinians Killed in Gaza – Part 4 – Meir Amit Intelligence and Terrorism Information Center – The findings to date 1.   This document is the fourth in a series of publications of the Intelligence and Terrorism Information Center (ITIC), as part of a project examining the names of the Palestinians killed in Operation Protective Edge. The project’s goal is to ascertain the identity of the Palestinians killed during Operation Protective Edge, to determine which of them are terrorist operatives and which are non-involved citizens, and to examine the ratio between them. 2.   The number of names of those killed, examined by the Information Center to date, is around 600, about 30% of the Palestinians killed to date. The examinations carried out by the Information Center are based on the names on the Palestinian Health Ministry’s lists, despite the reliability problems and deficiencies found in them. From these lists we have removed duplicate names and have added a number of terrorist operatives who do not appear on them (both for technical reasons and as a result Hamas’s policy of concealment and deception). We have examined a total of 667 names of those killed.…more…

Enough lies, the Arab body politic created the ISIS cancer. The unimaginable brutality of this latest manifestation of Political Islam in the Arab world is too much to bear for many Muslim Arab – Hisham Melhem

On the Origin of ISIS. Why has a terrorist state blossomed in Syria and Iraq? – Hussain Abdul-Hussain, Lee Smith

The Mideast’s problems are ours. Obama’s inaction and inattention have helped fuel the current chaos – John Bolton

What If There’s No There There? Obama’s ‘vision thing.’ – Jay Cost