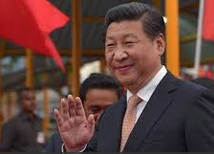 Next week’s state visit of China’s No. 1 Xi Jinping looks to be all pomp and circumstance. There is little expectation that the long list of critical issues between Washington and Beijing will be addressed in any substantive way. And, in fact, the international Greek chorus which sings a baleful song of American decline will have a new chorus

That’s despite, ironically, Xi’s own vulnerability. He desperately needs the increased prestige and illusion of gateopening in the face of his ambitious grab for Mao-like power in a domestic Chinese scene filled with growing problems. That Chinese economic miracle of the last two decades that brought a backward Soviet-style economy into worldwide prominence and leadership is sputtering. The overall growth has fallen rapidly and may well be at something like 5% or 6% annual instead of the double digits of the recent past, or the usually fictional statistics of the present claim of 7+%. That means China is longer producing the jobs necessary for satisfying a still growing but rapidly eroding cheap labor pool as a result of the now abandoned bitter one-child restrictions.

Rapid economic growth had become the only prop for the one Party regime. Xi now is in reality replacing it with a grab for the kind of personal power not seen in recent collegiate rule among the Party elders, reinstituting old measures of repression against any hint of feeble dissent. The continuing roller-coaster of the Shanghai stock-market  while less a part of the economy than its models in Japan and the West with China’s top-down allocation of credit and capital, is a propaganda disaster. Xi and his team have thrown everything including kitchen sink promises of a move toward a consumer economy at the issue with no success. It suggests that, in a sense, the Party has created a Frankenstein, an enormous economy that it fears to turn over to market forces but one it can no longer plan for or control.

The traditional if more spectacle anti-corruption campaign, while revealing new and incredible corruption and malfeasance among the highest echelons of the Party and the start-owned behemoth monopolies, is actually aimed to squelch opposition within the Party. But a struggle continues, critical since it includes a former member of the ruling politburo and his following who ran the so-called security apparatus. [The Soviets learned long ago when you eliminate a secret police chief, the only way to eliminate the snake is to kill it, literally, at the head, and so far Xi has not done that.] Xi, even more than his immediate predecessors who like he did not have a military background such as early Chinese Communists, is stoking the upper military echelons with appointments. But in any internal crisis, he again like his predecessors, if worse comes to worse would be more than ever dependent on the People’s Liberation Army to save the regime from disintegration– and this time the military might not hand it back to Party apparatchiks.

China’s new role as a world power is also facing increasing challenges, many of its of their own making. Claims of a new alliance with Vladimir Putin’s Russia ballyhooed in Western mainstream media does not exist. For example, a decade-old attempt to tie Russian gas and oil to the Chinese economy, despite repeated announcements of its completion, still has not solved the pricing and pipeline funding. Contradictorily, on the eve of Xi’s arrival in the U.S., Putin has laid out a honey trap for the U.S. [speaking from Central Asia where the Russians and the Chinese engage in a contest for influence and raw materials], He suggests an American-Russian condominium – a return to its world superpower, on Moscow’s terms status of course. But it does expose the real relationship between Moscow and Beijing, that is, featuring the historical struggle for the depopulated several times zones of the old Russian empire in Siberia and the Far East.

China’s overseas showpiece deals, particularly in Africa but also in Asia, which were to demonstrate China’s new economic prowess, are under stress. Again ironically, China’s slower economic growth and thirst for raw material imports – along with dramatic explosion of raw material hoarding – is poisoning the swap deals of construction projects for oil and gas and other raw materials. China is still No. 1 trading partner for most of Southeast Asia, of course – and even seducing India into a raw materials for manufactured goods exchange with a huge Chinese balance of payments surplus. But there is growing concern throughout the region, including a tightening of Japanese, Australian and Indian and U.S. military cooperation, in the face of China’s claims and continued building of military bases on coral strips in the South China Sea.

The Obama Administration’s reaction to Xi’s vulnerability has been to offer negotiations on all issues with only rhetorical responses to Beijing’s increasingly aggressive posture. Hillary Clinton’s “pivot to Asia” has stalled midway as the Mideast cesspool deepens. There was apparently the usual bureaucratic dance within the Administration over Obama’s loud leaks of a threat of sanctions against the most grievous recent Chinese violations of cyrberwarfare and intellectual property theft. [Another Obama red line crossed?] But the most blatant recent currency manipulation in which Xi hoped to halt falling exports with even more monetary subsidy has not been challenged by imposing countermeasures. At a time when the whole of the international community sees Obama’s deal with Iran on the Tehran mullahs’ pursuit of atomic weapons as a retreat full of U.S. concessions, Xi is in effect being offered an opportunity to make a deal.

But whether he can and would do that with his own domestic constraints in his grab for absolute domestic control remains a big question with a likely bad answer from Washington’s point of view.

*This commentary has been published on yeoldecrabb on 09-18-15

previous post Getting Serious About Syria: A Deal is Urgently Needed*
next post A Tale of Two Viennas*
Back to top
mobile desktop