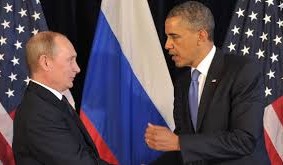 This is not because all or most of the weapons themselves will be found and destroyed. The odds are high that critics are right in suspecting Assad will lead inspectors on a dance similar to that pioneered by Saddam Hussein.

It will be a success because it is in the interest of all parties to the agreement to pretend that it is.

Obviously it is in Russia’s interest, since Putin presides over the entire scheme, at the center of the world stage like Jimmy Carter who knocked heads together to cobble together the Camp David agreement. It is in Assad’s interest to appear compliant because while the U.S. focuses on chemical weapons, he is free to pursue the war (with growing Iranian help on the ground) by conventional means.

Now that Assad is signing the Chemical Weapons Convention, there is a new party to the agreement, the Organization for the Prohibition of Chemical Weapons (OPCW). The OPCW is charged with implementing the Convention and its Executive Council will have its own interests in claiming that everything possible is being done. (There seems to be general agreement that it is virtually impossible for Syrian stockpiles to be destroyed by the middle of 2014, as the agreement stipulates.)

Investigative journalist Claudia Rosett points out that Iran, Assad’s determined ally, holds a seat on the Executive Council and on all three of its main subsidiary bodies and Iranians are on the staff of the OPCW. While the OPCW is not part of the UN, Rosett notes drily that it replicates many of that body’s failings.

Above all, it is in the interests of the Obama administration, the supposed monitor of plain dealing – “this is not a game,” says Secretary Kerry sternly – to claim the agreement is working. Obama declares “If diplomacy fails the United States and the international community must be prepared to act.”

But Putin has already declared force is off the table at the UN even if Syria fails to comply so the “international community” won’t be acting. (Even Obama’s chief ally Francois Hollande now talks of “sanctions” if Syria fails to comply.) And the last thing Obama wants to do is to go back to Congress for authorization to strike without UN backing. Putin rescued him at the last moment from humiliating defeat in the House of Representatives and perhaps in the Senate as well. And now that Obama has gone to Congress, to strike without its authorization is even more problematic.

The Israel-Egyptian peace treaty offers a model for what happens when it is in the interests of all parties to lie about compliance.

From Israel’s point of view the 50 painstakingly detailed “side” agreements fleshing out the details of “normal and friendly relations” between the two countries were the heart of the treaty – it was for this Israel had given up the entire Sinai Peninsula. The cultural agreement was the most important to Israel, for here was a means of transforming the attitudes of an Egyptian public accustomed to the demonization of the Jewish state. Egypt and Israel pledged “contacts and exchange of visits of experts in the cultural, artistic, technical, scientific and medical fields, exchanges of publications, of art objects, of exhibitions, of radio and television programs, recording and tapes.” They promised to “facilitate visits of scientists, scholars and researchers of the other country,” to develop special equivalence “diplomas, certificates and academic degrees” and to “encourage and promote youth and sport activities and youth and sports institutions in each other’s countries.”

Instead, in short order, Egyptian official, semi-official and so-called opposition papers maintained a relentless barrage of hostile propaganda. To Israel, ending the “teaching of contempt” was such a central target that it had put the promise “to abstain from hostile propaganda” into the text of the treaty itself. But soon only Iran could compete with Egypt as the world center for the publication and dissemination of both new and “classic” anti-Semitic literature. At the UN, Egypt headed the (ultimately unsuccessful) campaign to keep the Zionism-is-racism resolution intact. Although Egypt undertook in its treaty with Israel to end all economic boycotts, it exerted itself to maintain the Arab boycott against Israel and enforced it within Egypt.

No charge was too vicious or absurd to bring against Israel. To take only a couple of (innumerable) examples, the semi-official Al Ahram accused Israel of introducing hoof and mouth disease into Egypt and sending it radiation-contaminated food and at least two papers (Al-Akhbar and Al-Masa’a) called the blowing up of the Pan Am plane over Lockerbie, Scotland (by Libyan agents) an Israeli plot. (No wonder today the Islamist followers of former President Morsi vie with the “secular” Tamarod movement which brought him down in their hatred of Israel and demands that the treaty with Israel – hollowed out though it is – be abrogated.)

Egypt clearly had no interest in broadcasting its wholesale violation of its agreements. Nor did the United States, which saw the treaty as its major contribution to Middle East peace-making (Carter would eventually reap a Nobel Peace Prize largely for his role at Camp David). But why did Israel, with so much at stake in holding Egypt accountable, not protest? The Likud Party, led by Menachem Begin, did not want the Israeli public to focus on the agreements because the treaty with Egypt was its proudest achievement and the contrast between what the agreements promised and what they delivered revealed that the treaty with Egypt was an empty shell. As for the competing Labor Party, it looked forward to signing treaties with other neighboring states and pointing to the failure of the only existing one was not likely to inspire public confidence in the utility of such agreements.

As a result, Israel not only ignored the violations but kept the 50 agreements under wraps. It was only by inadvertence – or perhaps early misplaced optimism – that Israel’s Ministry of Foreign Affairs published eight of them, including the cultural and agricultural agreements. The “mistake” hardly mattered; the media paid no attention. The Israeli-Egyptian treaty has sailed into history as a dazzling success story.

Ironically in the case both of the Syrian chemical weapons agreement and the Egyptian-Israel treaty it is the party whose interest, in theory, is to hold the other(s) accountable which has the greatest interest in ignoring violations. Egypt had no real interest in the treaty with Israel once the Sinai had been restored to it. Since the massive U.S. aid Egypt won as a sweetener for signing the treaty would have been jeopardized if it had renounced the treaty, Egypt kept it formally in place.

As for the U.S., while it wanted the treaty to remain – and was willing to pay Egypt handsomely for its continuance – it was not a core national concern. Only for Israeli leaders was the myth of the treaty’s success of the highest importance, for otherwise they had sacrificed strategic territory, Israeli communities (including the thriving town of Yamit) and the Abu Rudeis oil fields for little or no purpose.

As far as Syrian chemical weapons are concerned, Russia has already achieved its core aims, inserting itself as a major player in the Middle East after a long hiatus and protecting its Syrian client from a possible military strike. Assad goes along with his Russian patron but can be expected to make implementation of the agreement as difficult as possible while pretending compliance. It is Obama, who has spun the agreement as a great diplomatic victory – the threat of force has forced Syria to relinquish its chemical weapons – who has the most invested in a successful outcome, and the most to fear should he acknowledge its failure. Whatever the actual fate of Syria’s chemical weapons, the rhetoric from Washington can be expected to reflect that reality.

Meanwhile, a watchful Iran, seeing Putin’s success in taking the leadership from Obama and preventing a possible military strike on Syria, has arranged a meeting with Putin to work out a common strategy for Iran’s nuclear program. A resurgent Putin, on a roll, according to reports in Russian newspapers, will now be sending S-300 missile systems to Iran, a big boon in deterring both Israeli and American air strikes. As for anyone who thinks that in the wake of Syrian developments, Iran has any intention of eliminating its nuclear weapons program, there is a bridge for sale.

*Rael Jean Isaac is the co-author (with Virginia Armat) of Madness in the Streets: How Psychiatry and the Law Abandoned the Mentally Ill (The Free Press). Her most recent book is Roosters of the Apocalypse: How the Junk Science of Global Warming Almost Bankrupted the Western World.