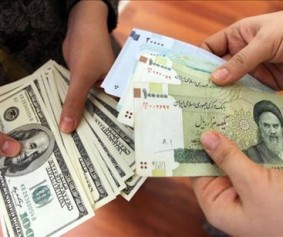 The prevention of the proliferation of nuclear weapons, particularly in the case of rogue countries such as North Korea and Iran, is a goal universally accepted by the international community. There is no such unanimity as to what to do to prevent it.  Diplomatic pressure, economic measures, and military action are all in the menu of possibilities.

In the case of North Korea, all measures adopted were unsuccessful, and North Korea has constructed a full-fledged nuclear arsenal, which (along with increased Chinese assertion of various degrees of control over most of the East China and South China Seas), has resulted in increased military buildups in Japan, South Korea, Vietnam, the Philippines and elsewhere.  Why did the imposition of an extensive regime of economic sanctions, punctuated by periods of economic aid to North Korea in times of famine, fail to prevent its development of nuclear weapons capacity? Quite simply because the sanctions were never adopted universally or applied effectively, especially by China, which provided North Korea with the energy and food supplies needed to maintain a minimum level of societal functionality.

The case of Iran is different. North Korea is devoid of natural resources and of a private sector, and its industrial, scientific and technological development have been stunted by the world’s most repressive totalitarian regime, which aside from Chinese assistance sustains itself through such activities as smuggling, counterfeiting and money-laundering.  Iran, in contrast, is a resource-rich country with a well-developed economic infrastructure and a well-educated population, as well as a private sector of some significance. Trade sanctions were first applied and then supplemented by financial sanctions. Both were relatively well enforced, although sales of crude oil continued at a much lower level than historically through continued though reduced sales to South Korea, China and India.

Despite the manifest success of the Iranian sanctions regime, in November of 2013 the six powers (5+1) negotiations with Iran, based on secret contacts with the Iranians by the U.S. preceding the formal meetings, resulted in an agreement signed by the six powers and Iran on November 22, significantly relaxing the sanctions in return for little more than promises on the part of the Iranians. In perfectly predictable fashion, the sanctions regime proceeded to crumble, as countries and private companies from around the world rushed in to take advantage of trade and investment opportunities. Whatever happens in the formal negotiations, the Iran sanctions are effectively dead.

The modern history of economic warfare began in 1861, when aging Gen. Winfield Scott, hero of the Mexican War, was still commander of the U.S. army. Scott devised a plan that he believed would cause the south to give up its effort at secession without much in the way of actual military action.  The Confederacy essentially had no navy, so Scott proposed a strict naval blockade of southern ports, while occupying New Orleans and the Mississippi Valley, to cut the Confederacy off from that avenue of commerce, while deploying the Union’s land forces on the borders of the Confederacy to prevent any invasion attempt.  In other words, a plan to suffocate the south, which is why the plan was dubbed the “Anaconda Plan” by the press.  President Lincoln rejected the plan (except for the naval blockade) in favor of an aggressive military push into Virginia, which he believed would easily take the Confederate capital, Richmond, and end the war is short order.  He was wrong, of course—the war went on for four years, and was by far the bloodiest in the hundred years between the end of the Napoleonic wars and the onset of the first World War.  Shortly after the Anaconda Plan was rejected, Scott retired.

Using British Admiralty records only recently declassified, Nicholas Lambert of the Royal United Services Institute in London discovered that the Admiralty had prepared a detailed plan to bring Germany to its knees without the necessity of sending an army to the continent. “Planning Armageddon,” (London: Harvard University Press, 2012).  The Admiralty’s plan, which was approved by the Committee of Imperial Defense in 1909, envisioned a two-fold strategy: to cut off German trade through a blockade of German ports and intercepting neutral shipping on route to neutral ports. This plan was justified by the doctrine of continuous voyage in international law; and also, by denying funding and insurance coverage to any shipping or cargoes intended for Germany, it made use of the overwhelmingly dominant British position at that time in the financial and insurance markets of the world. In other words, a combination of trade and financial sanctions.

The plan began to be implemented after war broke out in August of 1914, but was soon abandoned (except for the naval blockade of German ports), due to a unanimous outcry on the part of  British commercial, industrial and financial interests that maintained that the strategy would destroy the international economic system. Incredibly, British ships continued to trade with Germany using neutral ports, but funded by British banks and with insurance issued by British insurance consortia, throughout 1915.

In the post-World War II period, after many examples of ineffective sanctions against such countries as Cuba, a group of U.S. Treasury officials decided to try supplementing trade sanctions with financial sanctions, using the club of a denial of access to the U.S. capital markets (which had long replaced those of London as the world’s largest) to banks or other financial institutions violating the sanctions. One of those officials was Juan Zarate, who has outlined Treasury’s strategies in “Treasury’s War” (New York: Public Affairs Press, 2013). Zarate details financial measures taken against North Korea, terrorist groups and nuclear proliferation networks, and Iran.  In all cases initial success was derailed either because the measures were sabotaged by other agencies of the U.S. government (such as the State Department in the case of the freezing of North Korea’s funds in a bank in Macau); or by the private sector, in the United States and abroad, including U.S. financial institutions, which lobbied against them. The sanctions against Iran were in place and working well when the book was published, but as we have seen, were shortly thereafter undermined by the U. S. government itself.

V. I. Lenin is famous for writing, about the Western capitalists, “They will sell us the rope with which to hang them.”  He could have added that they will also lend us the money to buy the rope with which to hang them.  The only successful case of the application of economy sanctions against a major power was the economic part of the overall strategic plan to win the Cold War and defeat the Soviet Union, adopted and implemented by the Reagan administration. The economic measures included limiting the USSR’s foreign exchange earnings by cutting off the funding for the second Yamal gas pipeline to Western Europe; ending the practice of conceding especially favorable financial terms to loans provided to the Soviets and their satellites, and effectively ending the theft of Western technology, through a highly successful deception program, whereby theft by Soviet agents of slightly altered plan and blueprints, which would not work, was actually facilitated. The economic elements of the overall strategic plan complemented the other aspects of the plan: diplomacy, propaganda, subversion, and military display.

These economic strategies and tactics were opposed violently by three parties: within the government the plans were opposed by the State and Commerce departments.

They were opposed by the principal allies: including the United Kingdom, France, West Germany, Italy and Japan, especially when pipeline sanctions were expanded to include subsidiaries and licensees of U.S. companies abroad. Finally, they were opposed by the American business and financial communities. Nevertheless, President Reagan held firm.  All elements of the strategic plan, including the economic strategies, were adopted and implemented, and in eight years the Cold War was over with a victory of the West, and the Soviet Union itself and its external empire had both disappeared. A discussion of this effort is told in my book, The Strategic Plan That Won the Cold War (Potomac Foundation, 2nd edition, 1999).

Shortly before the U.S. invaded Iraq in 2003, the author was asked by the Pentagon office for Policy to prepare a paper outlining the likely economic effects of an invasion. They were undoubtedly expecting something along the lines of “the oil markets will be disrupted, the crude price will spike, but petroleum is fungible, and soon other sources of crude supply will make up for the shortage”. Instead, I demonstrated how the Saddam government could be overthrown without firing a shot — by blockading Iraq and shutting off all commerce, transportation, communications and financial transactions, measures the United States could have taken on its own with no cooperation needed from other countries.  Within a few weeks at the most Saddam would have been overthrown in a coup and America begged to come to the assistance of the new leaders.  Needless to say, it didn’t happen.  Instead a decade of war ensued, leading to a failed state and the expansion of Iranian influence in the region.

The Lambert and Zarate books make a valuable contribution in understanding both the uses and limitations of trade and financial sanctions as instruments of the exercise of state power. These powerful weapons can work if they are well-designed and vigorously applied. But they can and in most cases will be undermined by opposition and evasion on the part of elements of the sanctioning government itself, by allied and other countries that wish to continue to do business with the sanctioned country, and by domestic industrial, commercial and financial interests.

Economic sanctions will continue to proliferate since they permit the sanctioning government to say it is taking action in order to mollify domestic and international pressure groups demanding action.  In the rare cases where there is no failure of will or perseverance, they can, indeed, be very powerful.

* This article was subsequently published in the Summer 2014 edition of International Economics.