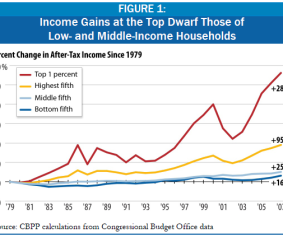 The US government recently lowered its estimate of economic growth for 2014 to slightly over two percent. During the first quarter of the year GDP growth was actually negative.

The European Central Bank unveiled a new basket of monetary measures to try to jumpstart the European economy. These measures were greeted with a universal yawn, since they amounted to increasing liquidity even further into an economy already drowning in liquidity. The “great” innovation was charging a tiny negative interest on balances commercial banks choose to hold at the ECB, which will supposedly provide them with the necessary incentive to lend to the productive sectors of the economy rather than hoarding reserves. The actual results are likely to be (a) the banks continue hoarding the cash anyhow, since the charge is so low, or (b) the banks trying to find risky borrowers to lend to which they have not considered credit-worthy before, and/or (c) the banks will lend outside the Eurozone, using ultra-cheap ECB credit. None of those reactions will help economic growth in Europe.

The OECD issued yet another report, this time saying that Israel has the highest poverty rate in the OECD except for Mexico. The problem here is also three-fold: (a) the poverty rate is actually close to the OECD average, (b) Israel measures poverty in an unusual way — one-half the median disposable income — which means that its poverty statistics are not comparable with those of most other member countries, and (c) uniquely, a substantial portion of the Israeli poor are poor voluntarily, namely many of the ultra-orthodox community. Nevertheless, such a report provides fuel for the fires of anti-Israel sentiment, in Europe and elsewhere.

The Western World — and geography aside Israel is part of the Western World — has been mired since 2010 in a morass of stagnation constantly threatening to degenerate into actual deflation and/or renewed recession. In this respect, Israel, along with a few other countries, such as Germany and Canada, is in fact in relatively good shape, having come through the “great recession” of 2008-2009 without actually being in a recessionary situation at any time.

The OECD, however, also claimed that Israel was a very unequal society, with large income disparities among groups and individuals. In this, they are right, except that Israel’s Gini coefficient (a measure of income disparity) is actually close to the OECD average. This is not good news, however, because income disparity in the West as a whole is much too high and rapidly increasing. In other words, contrary to what the ECB appears to believe, the problem is not liquidity but solvency, and that problem is due to increasing inequality of productive asset ownership, and that, in turn, is due to the irreversible and rapidly increasing share of economic growth attributable to capital and the correspondingly decreasing share attributable to labor

Thus, the owners of capital assets and the owners of the intellectual (human) capital to manage and manipulate those assets are exponentially increasing their wealth, while the rest of society becomes ever-more dependent on governmental handouts. The solution is not to continue turning larger and larger numbers of people into wards of the state, nor any amount of fiddling with the supply of money and credit; it is making the ownership of productive capital available to larger and larger segments of the population.

There are various ways of doing this, which will be outlined in a future column. But recently one other report was issued, almost totally ignored by the press and the pundits. The National Center for Employee Ownership in the US issued its annual report, which shows that the eleven million members of the 12,000 stock ownership plans in the US share ownership of $858 billion in capital assets! These are not the Warren Buffetts, the George Soroses or the Bill Gateses. But they are also not the unemployed, those drowning in oceans of debt or those falling out of the middle class.

* This article was originally published in Globes on June 23, 2014.