Washington professed surprise of ISIL’s  rapid advance in Iraq and Syria is the result of intelligence failure caused by the White House refusal to identify Islaname the the   is is Canadian Prime Minister Stephen Harper has spoken out frequently about the growing threat of Islamic terrorism. who was severely criticized for stating two years ago, a decade after 9/11, that the biggest security threat to Canada is Islamic terrorism. In an inUterview with CBC News Harper said that “There are other threats out there, but that is the one that I can tell you occupies the security apparatus most regularly in terms of actual terrorist threats”. “The major threat is still Islamicism”.

Public Safety Canada’s annual Public Report on the Terrorist Threat to Canada in 2012 acknowledged that no attacks occurred within Canada in 2012, but the likelihood of terrorism within Canada has increased in the past year due to external radical influences, particularly al Qaida and its affiliates, as well as from Canadian individuals travelling abroad to participate in Jihadi terrorist activity.

The conservative Canadian government is accused by some of its detractors of fanning Islamophobia and falsely highlighting the threat of ‘Islamic terrorism’ on political and ideological grounds. They maintain that Muslim terrorists do not represent true Islam, that they misinterpret Islam, and are a small minority within the general Muslim population in Canada.

How serious is the threat of homegrown Islamic terrorism in Canada? Are we witnessing an ever increasing trend as asserted by the government and the security apparatuses, or are these simply marginal individuals as government critics allege?

In order to examine this question we shall introduce the facts that are not in dispute. Since July 2012 there have been several reported cases of Canadian citizens involved in terrorist activity, or suspected of participating in terrorism, or enlisting with semi-military groups, some of which are affiliated with al-Qaida or ISIS in Syria. Following is a detailed list of those individuals: 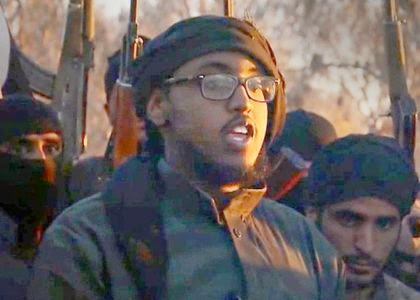 Farah Mohamed Shirdon: “We came to slaughter you”
July 2014 – Toronto security guard, Mohamed Hersi, was sentenced to 10 years for attempting in 2010 to leave Canada to join the Somali terrorist group Al Shabab.July 2014 – RCMP launched investigation in the case of Ahmad Waseem from Windsor, Ontario who returned from Syria wounded after fighting in the ranks of jihadist groups during 2013.July 2014 – Hasibullah Yusufzai, 25, from Burnaby, British Columbia, is accused of leaving Canada to join with Syrian jihadists, and committing an offense for the benefit of a terrorist group or was directed by or associated with such a group.July 2014 – Former Ottawa hospital technician Misbahuddin Ahmed has been found guilty of conspiring to knowingly facilitate a terrorist activity and participation in the activities of a terrorist group.June 2014 – Farah Mohamed Shirdon, a Calgarian in his early 20s, joined the ranks of ISIS (the Islamic State of Iraq and Syria) in Syria. Three more Canadians (one from Montreal, other from Ontario), known only by their nom de guerre, are reported fighting with ISIS and its affiliates in Syria and Iraq.May 2014 – Canadian Lebanese Fawzi Ayoub, 48, senior member of Hezbollah, was killed in battle against the rebels in Syria.May 2014 – The security forces in Cairo international airport reportedly arrested an unidentified Canadian national suspect of planning “hostile acts” in Egypt. In his possession were seized “military items,” including several bullet-proof vests, camouflage t-shirts and shoes.

May 2014 – Egyptian security forces arrested Canadian Solar Energy Engineer, Yusri Maurice Tawadros, 65, on his way to Cairo through the desert road. According media reports, the security forces seized in his possession 3 handguns, a sword and bottles of wine.

May 2014 – Suliman M., a 15-year-old Canadian and a student at Azhari Sheikh Zayed Institute for Boys middle school in Giza, was arrested in Egypt for allegedly being a member of “a terrorist cell.” Egyptian authorities alleged that the teenager was part of a group linked to the outlawed Muslim Brotherhood that set police stations and vehicles on fire in 6th of October City, in the urban area of Cairo, Egypt. They also alleged the youth and his group funded protests that incited violence against the Egyptian army and police forces.

April 2014 – The Syrian army reported (April 8, 2014) that military forces operating in the southern rural area of the district of Idlib managed to kill several insurgents, including the Canadian national Mahmoud Ahmed Abdou.

January 2014 – Damian Clairmont (a.k.a. Mustafa Gharib and Abu Talha al-Canadi), resident of Calgary, who converted to Islam and joined the émigré brigade in Syria affiliated with al-Qaida, was reportedly executed by the Free Syrian Army.

October 2013 – Two Libyan students/ graduates of Canadian universities, Jamal al-Ratimi (Tripoli) and Samir al-Triki (Misrata) joined the ranks of Jabhat al-Nusra and in Syria and were reported killed in the field of jihad.

September 2013 – Ali Muhammad Dirie, Toronto resident of Somali descent. Dirie Joined Jabhat al-Nusra in Syria, affiliated with al-Qaida and killed in action. He was convicted of involvement in Toronto -18 terrorist plot in 2006 and served a long prison term.

August 2013 – Andre Poulin, resident of Timmis, Ontario, who was converted to Islam and joined the ranks of ISIS (the Islamic State in Iraq and Syria), was killed in action during the attack on Ming military airport in Aleppo.

July 2013 – John Stewart Nuttall and Amanda Marie Korody, couple from Surry in British Columbia. Both converts to Islam, were arrested on suspicion of planning to bomb parliament building in Victoria.

May 2013 – unidentified individual, presumably Canadian resident, was killed by the Syrian Army while planning to carry out a terrorist attack on behalf of group identified with al-Qaida. The two other foreigners who were also killed in the same attack are the American woman Nicole Lynn Mansfield (convert to Islam) and the British Ali al Manasfi.

April 2013 – Chihab Esseghaier, resident of Montreal of Tunisian descent, and Raed Jaser, resident of Markham, born in Kuwait of Palestinian descent, arrested on suspicion of planning to blow up VIA train on Niagara bridge on course to US. Ahmed Abbasi, Tunisian citizen, resided in Canada between 2010-2012, arrested in US on suspicion of involvement in plans to blow up the train.

January 2013 – Ali Medlej and Xristos Katsiroubas (convert to Islam), residents of London, Ontario, joined al-Qaida, and were killed while committing a suicide attack, after participating in the murder of dozens of civilians in an attack on an Algerian gas plant. Muhajid ‘Ryan’ Enderi, additional member of this group from London, Ontario traveled with them abroad and has since disappeared.

December 2012 – Aaron Yoon, resident of London, Ontario. Converted to Islam and allegedly established ties to groups affiliated with al-Qaida. Visited Mali. He was arrested in Mauritania on charges of ties to terrorist groups and later released and returned to Canada.