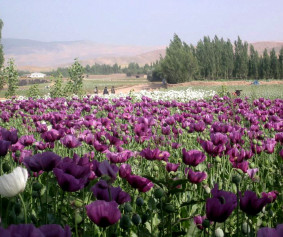 The Financial Action Task Force (FATF) meeting on February 20-22 in Paris, that had approved the new money laundering and terror financing legislation and enforcement mechanisms of Turkey, Ghana and Venezuela, to name a few, demonstrates how ineffectual and biased are such decision. Turkey continues to trade with Iran and fund Hamas, Ghana is not about to stop its gold smuggling to Iran, and Venezuela’s assistance to Iran and Hezbollah are unlikely to diminish.

In 1986 the U.S, government The U.S established money laundering as a federal crime, as an effort to control the revenues from the burgeoning illegal drug trade. Additional amendments in 1988, 1992, 1994 and 1998 have expanded the definitions of the crime, increasing monitoring and reporting and required government agencies to develop a national money laundering strategy.

But why are these called “money laundering strategies”? And why when calling any government agency that handles the problem, the response on the phone is always: “Money Laundering”…!? After all, the legislation is aimed at ANTI MONEY LAUNDERNIG and ANTI TERROR FINANCING, and that’s how the offices that are mandated to monitor the implementation of the legislation should be identified. Perhaps then they’ll do better enforcing their mandate to curb such crimes. Not surprisingly, the U.S. relaxed attitude is reflected in FATF’s decisions.

But what does FATF really do?  It is an inter-governmental organization that can do no more than to make recommendations and grade states on their efforts to fight terrorism funding.  For the most part, FAFT’s attention is given to domestic legislation rather than governmental and nongovernmental actions.  In the case of Turkey, for example, FATF was more concerned about the lack of money-laundering legislation than the fact that Turkey funds Hamas in Gaza. Turkey was threatened with blacklisting if it didn’t have “appropriate” legislation on the books by February 23.  On February 7, such legislation was passed in Turkey and, therewith, FATF did not blacklist. Incidentally, the only two countries in the world blacklisted by FATF are Iran and North Korea.

FATF’s own report on its February 22-24 plenary is worth a read. Its tone is serious but cheerful. Apart from action taken vis-à-vis the countries under review, what FATF did was mostly procedural. One matter, however, elicited a special separate press statement from the organization on February 25 under the title “FATF updates its Guidance on Anti-Money Laundering and Terrorist Financing Measures and Financial Inclusion.” The press release stated:

“FATF is convinced that the promotion of well regulated financial systems and services is central to any effective and comprehensive Anti-Money Laundering and Terrorist Financing (AML/CFT) regime. However, applying an overly cautious approach to AML/CFT safeguards can have the unintended consequence of excluding legitimate businesses and consumers from the financial system.”

Although FATF has said something like this previously, and more than once, it felt compelled to make a special point at this time:

“FATF believes that the development of risk-sensitive AML/CFT frameworks will be a key step for countries that wish to build a more inclusive formal financial system, and give access to appropriate financial services to a larger proportion of the population, including the most vulnerable and unserved groups.”
We hear nothing at all from FATF about new or even recent developments in terrorism finance, including those involving international banking, narco-terrorism, the support such FATF members as Turkey and Qatar are giving to foreign terrorist groups.

What we do hear is about creating more inclusive financial services for underdeveloped countries. Of course, FATF is simply an international forum with only the ability to blacklist regimes, which it seems to only in the most extreme circumstances. It has no ability to enforce anything, and no member champions who are willing to enforce measures for FATF.

Getting into the soft international trend advocating extending banking to the lowest levels of society might be taken as an indication of FATF’s fundamental irrelevance. “Don’t be too strict about terrorist funding or you may hurt the little people.”
Meanwhile, and despite FATF’s show of earnestness by some of its member states, there are new developments in terrorist financing that ought to be attended to. States that have developed anti-terrorism legislation at home are supporting terrorism abroad. Such is Turkey’s support Hamas, and Qatar’s support’s Hamas and the Jihadists in Mali. But no one seems to care very much about these things.

A terrorist-funding source, charitable organizations, that the U.S. Department of the Treasury claimed has been under control, raised its head again.

Of course, the practice of charitable funding supporting terrorism has never really stopped. It remains commonplace throughout world.  Take for example, the recent instance of the IRFAN scandal in Canada, under which Hamas was being supported by small Muslim charitable sources. Low-level perhaps, but indicative of how much of this sort of thing can go on in mosque and Islamic centers all over. Neither Hezbollah nor Hamas has ever stopped using European and North American charities to collect funds to sustain and expand their operations.

More important, perhaps, is the charitable terrorist fundraising for the Middle East. Writing for Foreign Policy, Daveed Gartenstein-Ross and Aaron Zelin argue that international charities and other NGOs are reemerging as terrorist sponsors:
“In countries like Tunisia and Syria, they are providing the infusion of funds that have allowed extremist groups to undertake the hard work of providing food, social services, and medical care. Jihadists, meanwhile, have discovered that they can bolster their standing within local communities, thereby increasing support for their violent activities. And governments are struggling to keep up.”

These authors report that Ansar al-Sharia in Tunisia, despite it’s involvement in the September 11, 2012, attack on the U.S. embassy in Tunis, and on the mission in Benghazi, still functions as a charity devoted to dawa.  AST claims to be active in 30 cities and villages in Tunisia. It collects donations at mosques, but is known to receive support from the Kuwaiti charity RIHS (the Revival of Islamic Heritage Society, otherwise known in Tunisia as the Society for Preservation of Islamic Heritage in Tunisia).

“In January 2012, a commission of inquiry set up by Egypt’s Justice Ministry issued a report stating that the Kuwaiti charity was funding Salafi groups in that country. And Spanish intelligence issued a report in late 2011 singling out RIHS: The version of Islam advanced in its mosques in Reus and Catalonia, the report said, ‘opposes the integration of Muslims into Spanish society,’ thereby ‘promoting segregation from and hatred toward non-Muslim communities.'” Yet, the U.S. government has not taken up the issue with Kuwait. And the international organizations are mum.

The Syrian Islamic Front (SIF), a six-organization jihadist umbrella group, has received support from government-linked NGOs in Turkey and Qatar.  There is a link with the Turkish Humanitarian Relief Foundation, as well as Qatar Charity(a.k.a., the Qatar Charitable Society).  Qatar Charity, of course, has recently been widely recognized for its extensive support to Islamists in northern Mali. Still, no reaction from the U.S. government.
Another example of what continues to go on almost everywhere is The Hindu’s report about the wife of a senior Ethiopian politician who has been charged with funneling money from the Saudi embassy to Islamist terror groups.  The woman was associated with a group of 29 people members of the “Solution Seekers of the Muslim Community’s Problems,” a terrorist group using the organization as a charitable/educational cover.

We also have an Indian Finance Ministry report that terrorism funding has gone up by 300 percent in the last year, “while cases of hawala transaction and fake currency notes “have also increased manifold… 1444 suspicious transaction had been caught while it was only 428 in 2010-11.”

In the meantime, U.S. Under Secretary of Treasury for Terrorism and Financial Intelligence David Cohen’s upcoming visits to Iraq, Israel, Turkey, and Britain, is supposed to be as much about terrorism funding as it is about sanctions on Iran and Syria: “The upcoming discussions will focus on measures that governments and the financial sector can take to ‘protect the international financial system from the threat of terrorist financing,’ especially financing linked to al-Qaida throughout the region, the [Treasury Department’s] statement noted.”

Had the U.S. government been focused on enforcing the 2004 Patriot Act, the funding to al Qaeda, Hamas, Iran and their likes could have been curbed drastically by now. But it didn’t. And don’t hold your breath for any sanctions by the international organizations that are supposed to monitor the implementations of laws to counter money laundering and terrorist financing. The U.S. and the international bodies clearly have other political priorities in mind.

4. An intergovernmental group is sharpening global financial controls to prevent the financing of WMD proliferation and terrorism.

7. Palace confident FATF to be satisfied with strengthened AMLA