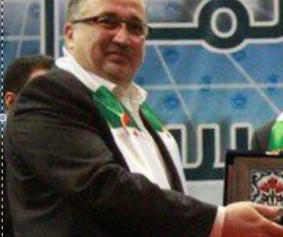 With the outbreak of civil war in Syria the government of Bashar al-Assad claimed that Syrian members of the international Muslim Brotherhood (Ikhwan al-Muslimun) had taken up arms against the government. Having observed the meeting of Syrian Ikhwan in Turkey the Syrian Foreign Minister Kabalan argued that, “The Muslim Brotherhood, those who have taken part in armed operations against the Syrian army in 1980s, have Syrian blood on their hands.” Kabalan added, “For us, the Muslim Brotherhood is like the PKK [Kurdistan Workers’ Party] is for Turkey.”

The minister then pointed out that Gazi Misirli, a Syrian-born Turkish citizen and Ikhwan leader was serving as a senior aide to Turkish Prime Minister Tayyip Erdogan. Misirli, who has shed his Syrian name (Gazwan Masri) was born in Aleppo, Syria in 1964. He arrived in Turkey either in 1983, or 1987 to study Engineering Management at the Teknik Üniversitesi at Istanbul, married a Turkish woman, obtained Turkish citizenship.

Misirli soon became a successful businessman and then headed the SANTRAL, an international marketing firm. He was such a successful businessman that he is said to have served as Turkey Prime Minister Tayyip Erdogan’s personal financier. That close relationship was noted when Syrian leader Bashar al-Assad visited Istanbul in 2009; Erdogan introduced Misirli and according to Kabalan’s account Erdogan said (for undisclosed reasons), “Please, my brother Bashar, help this man.” There is no indication that Assad later did so, or would ever do so given the hatred the Assad family has for the Syrian Muslim Brotherhood.

There is no doubt that Misirli is a major figure in the international Muslim Brotherhood. In 2006 he was named a trustee of the puissant Ikhwan-dominated European Trust, and now serves as a director. The ET forms part of the Federation of Islamic Organizations in Europe (FIOE), which itself is recognized as the paramount Muslim institution in Europe. Based in the United Kingdom, the FIOE was founded in the late 1980s and it represents Muslims in more than twenty European nations. It maintains a plethora of institutions having an interest in politics, education, charity and religion. For more than two decades the FIOE was led by Ahmed al-Rawi, “a noted Muslim brother” who arrived in the United Kingdom in 1975 from Iraq.

When Misirli joined the European Trust he joined a powerful inner circle of Muslim Brothers including Rawi, Yusuf Qaradawi the Egyptian cleric who found home Doha, Qatar, Rachid Ghannouchi of Tunisia, and Shaykh Faisal Mawlawi of Lebanon. The last four were both members of the European Trust and the Ikhwan-dominated European Council for Fatwa and Research. They were also influential in founding of the Institut européen des sciences humaines in 1992, with campus in Paris, Wales and Burgundy. At the Institut, future imams receive a minimum of three years education in Arabic, Islamic theology and more. By now, its graduates are numbered in the hundreds.

Of especial interest to the Ikhwan and to brothers like Misirli, is the collection and management of waqf/awqaf donations. The waqf itself is an inalienable religious endowment — a building, plot of land or cash — which is intended for religious or charitable purposes. While a waqf can be created at any time, they usually follow on the death of the donor. In nearly every occasion the assets are held and managed by a charitable trust whose trustees were usually known to, or had reason to be trusted by, the deceased. One of the largest of the awqaf, and certainly one of the most important, is the European Trust. Since its founding, the European Trust has created a huge portfolio of real estate properties in Europe. An unknown percentage of the return on investment has been used to fund the FIOE and its satellite operations.

When Misirli joined the European Trust its trustees included some of the most important Muslim Brotherhood leaders in Europe, such as Ibrahim El-Zayat, the leader of the German Muslim Brotherhood, and Fouad Alaoui, one of the leaders of the French Ikhwan. Other European Trust trustees included Abdullatif Ramadan al-Hajeri, a Kuwaiti who has been active in Ikhwan projects undertaken in the Netherlands.

MUSIAD and the Gaza Flotilla

IHH Humanitarian Relief Foundation was the key group behind the May 2010 Gaza flotilla, which tried to break Israel’s sea blockade of Gaza instituted to stop the flow of weapons to Hamas. Very briefly, the IHH is a Turkish NGO, alleged to be very tight with the Erdogan government.

At a later conclave held in Kuwait, Misirli stated that the MUSIAD (Turkish acronym for the Independent Industrialists and Businessmen Association), ostensibly a nonpartisan nonpolitical organization, had coordinated donations and thus played a major role in funding the flotilla. MUSIAD was founded by business men with a decided Islamist bent to their commercial activities and now accounts for 15% of Turkey’s GDP.

Misirli joined MUSIAD in 1988 and at one time headed its foreign relations division. He has remained an associate of the organization and has underscored the close relation the organization has with the Union of Good, a coalition of pro-Hamas charities directed by Ikhwan powerhouse Yusuf Qaradawi. Since its inception MUSIAD has had the support of Prime Minister Erdogan, and as a pro-Palestinian organization it maintains close ties to Hamas (a Muslim Brotherhood chapter) in Gaza.

Tangentially, Tahsin Misirli, said to be a relative of Gazi Misirli, serves as President of FIDDER (Filistin Dayanisma Dernegi, or Palestine Solidarity Association), a Turkish organization that describes itself as “a group of Turkish citizens of Palestinian origin who believe in the just Palestine cause and in the Palestinians’ right to live in freedom and dignity and in their right to return to their homeland.” A report authored by the Global Muslim Brotherhood Daily Watch details the role of FIDDER “in the Turkish Muslim Brotherhood network as well as in the June 2010 Gaza Flotilla” that clashed with Israeli naval forces.

As the war in Syria continues, Misirli has remained busy serving Prime Minister Erdogan. As such, he has been following closely the destruction of the Syrian economy and the illicit movement of Syrian funds to Turkey — which almost certainly exceeds well over US$1 billion. In an October 2012 news article, Misirli, then called a “private adviser to Prime Minister Recip Tayyip Erdogan,” claimed that since the crisis in Syria started in March 2011, Turkish banks have shown a substantial increase in deposits thanks to Syrian expatriates. He also stated that 400 factories had closed down in Syria since the inception of the civil war, and that some 30,000 Syrian businessmen and retailers had since set up business in Turkey. Naturally, the Syrian expatriates were seen as grist for the Ikhwan mill.

As a consequence of the “Arab Spring”, in March 2012, Misirli served as a featured speaker at a European Parliament conference on “East-West Relations, a Changing Arab World and Turkey.” Reportedlyt, “the first speaker Syrian Gazi Misirli talked about the humanitarian situation in Syria and the work he undertakes in the refugee camps in [Turkey’s] Hatay and called on the EU to act immediately.”

In June Misirli was present at meetings held in and sponsored by the Kuwait-Turkish Friendship Society. Speaking of the ill-fated flotilla, Misirli spoke at length and claimed that he and MUSIAD had coordinated donations for it and that MUSIAD had even purchased a ship for the event. He added that both Prime Minister Erdogan and his political party had supported the flotilla. It is noted that Misirli was joined by Walid al-Tabatabai, the Kuwaiti MP, the Salafist, former professor of Islamic law at Kuwait University and a man tied to the Muslim Brotherhood operations in the Netherlands. Tabtabai had actually participated in the flotilla.

In September 2014, Misirli was included in a Turkish delegation that visited the United Arab Emirates to discuss a bilateral trade cooperation with the UAE Free Zone authorities. The team was sponsored by MUSIAD and Misirli was called a “Presidential Representative” — whether of the organization or of Erdogan (which was more likely) was not made clear.

Recent developments in the Middle East — the re-emergence of Egypt and its alliance with Saudi Arabia — have once again put the Muslim Brotherhood center in Egypt at a disadvantage. Both nations, plus the Emirates have declared war on the Ikhwan. The pressure has been so great that Yusuf al-Qaradawi has been forced to contemplate a change in venue from Doha. The emergence of the Islamic State movement (IS/ ISIL/ ISIS) movement of Sunni Islamist mujahideen, has also forced the Muslim World to contemplate the emergence of a self- proclaimed Caliphate and its future capital (if it survives).

At a recent meeting of Qaradawi’s International Union of Muslim Scholars held in Istanbul, many Muslim Brothers and other Islamists were reported in attendance. It is noted that the meeting was held in Turkey, home of the last Caliphate, and has given impetus to Turkey’s importance as a non-Arab nation that spans the Middle East and Europe, and whose language is spoken to the far ends of Asia.

Surely Qaradawi has taken into consideration that a post-Assad Syria (should such eventuate) would very likely be either dominated by or be sympathetic to Erdogan and his AKP party. The Turkish government beginning with Necmettin Erbakan, an Islamist politician and Ikhwan favorite who was Prime Minister of Turkey from 1996 to 1997, has openly welcomed the Ikhwan and it would undoubtedly also welcome Qaradawi, should he choose to leave Doha.

In April 2011, well before Turkey asked Assad to step down, Erdogan did not interfere with a press conference dominated by Gazi Misirli. The meeting held in Istanbul condemned Assad and called for change, something that Erdogan wanted as well. And just in case there was any doubt of its loyalty, the Ikhwan in Turkey has since announced it supports Erdogan and has indicated that it would deny any action by the Kurdish PKK to make demands on Turkey’s territorial integrity.