The “Moral Equivalence” – Hamas, ISIS and the Media 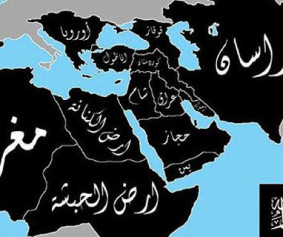 Hamas fighting methods in the current round of Israel’s Operation Protective Edge illustrate, yet again, the practical and ideological proximity between Hamas and the atrocious radical Islamic organization the “Islamic State” (ISIS). However, Hamas’s effective use of “public opinion” and all media venues is second to none.

Hamas and the ISIS have proven that its terrorist policy has no moral restrictions. From the onset, Hamas, and the ISIS, have directed their massive and ongoing murderous attacks against civilian targets to cause as much carnage as possible. Unlike ISIS, while losing their military power, Hamas is cleverly using Gazans as human shields and the gullible media to pave the way to a strategic victory.

Hamas has boasted that it repeatedly directed its long-range rockets at strategic targets in Israel, which, had they hit their mark, could have led to thousands and perhaps tens of thousands of casualties had the chemical plants in Haifa been attacked. Firing rockets on Tel-Aviv’s international Ben-Gurion airport endangers the safety of airlines, including American carriers, with a fate similar to that of Malaysia Airline Flight MH17. And Hamas’s repeated rocket attacks on Dimona’s nuclear reactor demonstrate that these Islamists are in a real hurry to become martyrs; a successful attack on Dimona would cause a nuclear holocaust in the whole region, including Gaza and the West Bank.

Organizations with ideological affiliation to ISIS, such as “the Islamic State in Bayt Al- Maqdis” have joined the campaign against Israel. Hamas, the Palestinian branch of the Muslim Brotherhood, is the de-facto ruler of the Gaza Strip. It provides a safe haven for all Palestinian terrorist organizations and allows the al-Qaeda affiliates to operate freely (as long as they do not defy its orders).

Hamas’s and ISIS’s leaders reiterate the religious commitment of their movement to the genocide of the Jewish people in Israel, as well as their determination to reestablish the Islamic Caliphate, with Jerusalem as its capital. Both organizations strive for a global revolution that would result in the reconquering of Spain (Andalusia) and of Rome (the Vatican) ahead of a global Islamic rule.

Hamas has imposed Islamic law (shari’a) in the Gaza Strip and its MPs have already prepared a bill to amend the Criminal Code to facilitate shari’a-dictated penalties for violating it. Accordingly, homosexuality would call for death by crucifixion, infidelity and prostitution to death by stoning, thieves will have their hands amputated and alcohol drinkers would be lashed.

The deliberate distortion of the facts over many years has earned public appreciation from Hamas leader Ismail Haniyeh, who in October 2013 made the following statement: “We put our trust in the support of the liberals in the world…. Greetings to all the civil society organizations and human rights organizations.”

The Hamas leader’s praise of Western “liberals” echoes al Qaeda’s use of “public opinion” (al-ray al-amm) as representativeness of the will of the people in a democracy:  “If the successive Crusader-Zionist governments had not received support from their people, their war against Islam and Muslims would not have taken such an obvious and conspicuous form. It is something that would not attain legitimacy except by the voices of the people.”

To sway “public opinion” against the “Crusader-Zionist governments,” killing civilians, including Muslims, is well justified.

PR savvy Hamas, like the Vietcong, skillfully courts and uses media and Western groups to advance its propaganda campaign to tie the hands of the IDF from attacking terrorists and their infrastructure in Gaza. Using Gazans—women, children and the elderly—as human-shields, they accuse Israel of killing “innocent civilians.” Inexcusably, despite witnessing Hamas’s barbarism and watching a constant barrage of rockets fired from Gaza into Israel, several international “human rights” organizations, as well as most of international media, repeat Hamas lies, thus giving Gaza’s terrorists the “license to kill” their own people, as well Israeli Jews and Arabs.

The Vietcong wanted to drive the U.S. out of Vietnam. Hamas, the ISIS, and other Islamist organizations’ goal, is not only to destroy Israel and kill the Jews, infidels and other Muslims, but to globally spread the Islamic Revolution and to establish the Caliphate.  The media, and other “liberal” useful idiots, seem to be going out of their way to help Hamas and the other Islamists win the “public-opinion” war.