The Islamic State: Another Angle of the Threat* 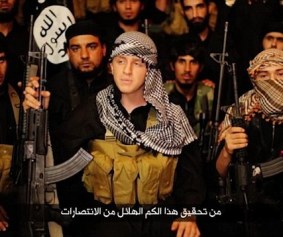 The struggle against the Islamic State (IS) organization led by the United States and its allies appears thus far to be something of a Sisyphean war: ineffective, limited to scratches on the surface of the Jihadi pyramid, beyond the roots of the phenomenon, unable to end the civil wars in Syria and Iraq, and relegated to serve as another layer in the existing chaos in Syria and Iraq, and soon perhaps in part of Lebanon as well. The destruction plaguing the Middle East is accompanied by a frightening thought in the Western world of IS alumni returning to their native countries to undertake terror attacks, and the Western world has become increasingly anxious. It finds relief in airstrikes and partial humanitarian aid for the millions of refugees created by civil wars in the Middle East.

The Syrian chaos in particular evokes conflicting interests among the various forces on the one hand, and a strange commonality of interests on the other, although this has still not led to practical alliances or actual cooperation among the various warring factions. At the center are President Bashar al-Assad and his regime; for its part, the Western coalition is unable to determine its position toward them. Assad has an interest in leaving IS and other organizations of its ilk intact so that the West will view them as the greater Satan. To the moderate liberal forces in Syria, which have largely disappeared from the public arena, it is not clear who is more evil, Assad or IS. Turkey is entering this labyrinth and giving mixed messages. Iran, Hizbollah, and the Kurds are also players, and their position in the various equations is not clear. Iran, after years of being the nuclear terror of the West, has become an ally of sorts of the United States. At times it seems that the United States and the Obama administration still fear the volatility of the Israeli-Palestinian conflict more than anything taking place in Mesopotamia.

The destruction and devastation plaguing the Middle East is accompanied by a frightening thought in the Western world of IS alumni returning to their native countries to undertake terror attacks, and perhaps even behead innocent civilians. There is much panic, and coupled with the fear of the Ebola epidemic, the Western world has become increasingly anxious. It finds relief in airstrikes and partial humanitarian aid for the millions of refugees created by civil wars in the Middle East.

However, the more the fight against IS takes the form of airstrikes and Western leaders do not even venture to hint that they might send ground troops into Iraq and Syria, the more attention is diverted from another aspect of the IS problem. Alongside IS are many other such elements – the “classic” al-Qaeda; Jabhat al-Nusra, which is supposedly more moderate than IS; the Taliban, which is poised to take over Afghanistan again once the United States leaves; other violent jihadi groups throughout the world; and several hundred Islamist clerics, who by virtue of the freedom of the internet, are galvanizing their flock and moving them in apocalyptic directions. The West should be worried by the question of what causes so many young and not-so-young people from the West, Muslims and non-Muslims who have converted to Islam, second- and third-generation immigrants, to be so influenced by IS/jihadi propaganda that they join the struggle in relatively large numbers.

This phenomenon is not new. It began during the struggle against the Soviet Union in Afghanistan, and a similar situation developed during the war in Iraq in the 2000s. Those were years of phenomenal growth for the jihadi internet, which brought the Islamist struggle to every young person with a keyboard. Even beheadings were shown on the internet since 2002. Nevertheless, there were few such incidents and the number of volunteers was limited. Furthermore, in Iraq in the 2000s, most of the volunteers for jihadi organizations were Saudi extremists, but particularly over the past year, volunteering for IS and similar organizations seems to have become much more international, diverse, extensive, and on the rise. More and more, volunteering for the jihadi ranks in Mesopotamia has become similar to volunteering for the International Brigades organized in the 1930s for the Spanish Republicans’ struggle against fascism. Why are analysts and commentators in the West not as publicly disturbed by the growing number of volunteers for IS and similar organizations who are citizens of Western countries and by their motives, given the potential flood of terror liable to take place when these volunteers return home?

Likewise noteworthy is the ease of volunteering and the short time that elapses between a decision to volunteer and implementation of the decision. Already in the past, a short transition from a decision to carry out a suicide attack/self-sacrifice to the actual execution, sometimes only a few days, was a known phenomenon. This was seen among population groups that underwent prolonged mental training, not necessarily organized, for the struggle against the enemy. There were many such examples among Palestinians in the West Bank and Gaza; Afghanis; Sunnis in Iraq; and Shiites in southern Lebanon in the 1980s. These populations and societies had undergone training that included Islamic propaganda and justifications for the struggle against the occupier. The efforts to persuade young people from these societies to sacrifice their lives ran deep in society, were socially acceptable, and were infectious as well. Furthermore, among groups such as the Palestinians, in which many of those who perpetrated attacks were students with an academic education, sacrifice/suicide attacks were also carried out because the perpetrators saw themselves as being part of the social elite, whose role was to lead the masses in the struggle against the Israeli occupation.

Such a vision, which smacks of romanticism and perhaps even altruism, appears to be typical, at least in part, of those who volunteer for IS and other such organizations at this time. It is difficult to explain why several thousand Muslims who live in the West want to go to Syria and join IS, while a large number of them have already realized this desire. Most are well integrated among the middle class, have a higher education, are not unemployed, and did not stand out for their ties to Islamist elements before they decided to volunteer. Their process of radicalization took place very quickly, within a few months, and led them to a quick decision to go to Syria.

These volunteers serve as very fertile ground for the influence of the propaganda of IS and other such organizations. This propaganda says that the organization’s struggle in Iraq and Syria is a heroic struggle to save the entire Muslim world, which is suffering/oppressed/deprived (mustaz`afin in the Islamic term) due to tyranny that is ultimately, according to their belief, a clear result of a Western, “crusader” plot.

At this point, Israel, Judaism, and Jews are still not in the actual circle of enemies of IS and similar organizations, other than the radical groups operating in the Sinai Peninsula. But there is considerable concern that the day will come when they are viewed as targets for attack. A substantial number of the attacks in Europe in the past two years were against Jewish institutions. The unswerving faith in the righteousness of the Islamic struggle and the great speed with which IS is advancing – not only in Syria and Iraq, but primarily in the arena of threats to the entire West, in addition to threats against Arab countries – are stoking the imagination of younger and older Muslims in the West and very rapidly loosening the fetters of their decisions. The September 11 attacks gave rise to feelings that the end of days was near and to a belief in the approaching victory of Islam. Similarly, many who write on jihadi web sites today express apocalyptic feelings, either between the lines or in them.

Western countries must take this significant aspect of the phenomenon into account with the same seriousness with which they calculate their military moves in the Middle East. To crush the head of the serpent with a bomb or a missile is in no way sufficient for a successful war against the phenomenon. Today it is seen in IS and other similar organizations, but no one knows how this will develop in the coming decade.

Israel is also involved in protecting the Jews of Europe, who are a vulnerable population and a preferred target for organized and independent terrorists. Therefore, it must pay attention to the speed and scope of IS recruitment, and in coordination with security officials in European countries, it must think how to reduce the emerging threat and how to respond to it if it materializes.