The Indian Muslims View of the Upcoming Elections – ACD Exclusive 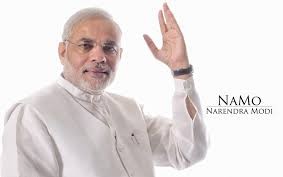 India has about 160 million Muslims. That amounts for around 13.4 percent of country’s total population. But Indian Muslims would not like to see Narendra Modi as the next prime minister. Muslims are in a position to decide the fate of candidates in more than 120 constituencies of India out of total 543 parliamentary seats. They fear that Modi could become the next prime minister of India.

With the latest poll surveys showing BJP prime ministerial candidate Narendra Modi all set to provide the biggest victory to his party, Muslims have the reason to be worried about their future. For them Modi, the three term chief minister of Gujarat, was allegedly involved in the riots in which some 2,000 Muslims were killed in February-March 2002 in different parts of the state. The riots started after 57 Hindu pilgrims were killed in a fire inside the train. [ Please note that the petition to prosecute  Modi, was rejected by a Magistrate Court in December 2013].  Modi has emerged as a popular leader among the majority Hindu community for his image as someone who is going all out to teach the pampered Muslim community a lesson.

As the conventional wisdom goes, Muslims are a vote bank or the most sought after group, as they tend to vote in unison. But this time Muslims are anxious that if he (Modi) is voted into power then how will he treat minorities, especially Muslims, in the country. Indian Muslims are finding it difficult to support any particular party in this election. The majority of Indians, fed up with ever-growing corruption, are looking up to Narendra Modi to provide a clean and efficient administration and also to give a boost to nation’s sagging economy.

However, Muslims in India are pulling out all the stops to see that Modi is not elected for the top post. They fear that they will not be safe under him and there is every possibility that the community could be marginalized further.

Muslims, often dubbed as the most conservative community in India, are also among the most economically deprived of society. But during elections security becomes the prime concern for the majority of Muslims in India. As the proverb goes in Urdu in India ‘Jan Hai to Jahan Hai’ (If there is life, then there is the world).

However, during the Lok Sabha election campaign Modi for the first time made an attempt to win the support of Muslims. He is avoiding jibes against Muslims and instead talking about injustice meted out to the largest religious minority community in this country.

But Muslims haven’t yet forgotten his actions in Gujarat. They cannot trust him. They still feel that if Modi becomes prime minister, then he can go to any length against Muslims. They have seen him in Gujarat and are in no doubt that he could repeat it all over India.

However, there are some who feel that in coalition politics Narendra Modi will not have the absolute power to act against Muslims. In a country like India, the prime minister has to accommodate each and every section of the society and cannot take unilateral decisions as per his will.

They also feel that the issue of Modi and secularism confronts India’s majority community more than minorities, e.g., Muslims. Since its independence in 1947, India has remained a secular, multicultural, pluralistic society largely due to the Hindu community’s disdain for religious fundamentalism and communal polity. The 2014 general elections are a litmus test for the nation.  The issue of taming or restricting a political party or hardliners is therefore a task before the majority community and the minority community can only play a supplementary role.

But it seems Muslims do not have much option in the ensuing elections. They are also not pleased with the ruling Congress party, which had promised everything to them but never delivered. They are miffed as the Union government, led by Congress, has failed to introduce reservations in jobs and educational institutions, a promise made before the elections.  Muslims still remain backward in terms of education, employment and health.

In Uttar Pradesh, Muslims have been voting for a regional player like the Samajwadi Party (SP). But the party has failed the community as communal riots in the state resulted in loss of life and property for Muslims. Thousands of Muslims have been displaced following last year’s riots in Muzzafarnagar and they are still living in makeshift camps.

In India it is believed that to rule in Delhi, your way must go through Lucknow, the capital of Uttar Pradesh. Uttar Pradesh has the highest number (80) Lok Sabha (lower house of parliament) seats in the country.  Muslims have a 18.5 percent share in total electorate in the state. The community is going to play an important role in the elections. With Narendra Modi and his party having an edge in the state, the Muslims may go for tactical voting by supporting a secular candidate.

However, the division of secular votes is expected to benefit the BJP in the state as Muslims are likely to vote for Samajwadi Party, led by Mulayam Singh Yadav, the Bahujan Samaj Party, led by Mayawati, and the Congress.

But for Indian Muslims, the general elections of 2014 are going to be very decisive.  Muslims in states like Uttar Pradesh, Bihar, Assam, West Bengal and Maharashtra are working to ensure that Muslim votes do not get divided and they know they will have to vote tactfully to ensure win for a secular party.

* Farah Qureshi is a contributor to Dainik Bhaskar, a leading Hindi daily.