The Impact of Purposeful Interference on U.S. Cyber Interests – An ACD Event Report* 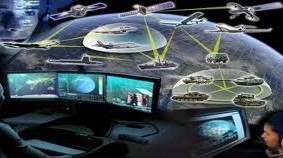 “There’s been obviously a recent deepened concern with cybersecurity.  But this is something the ACD has been thinking about for a long time. It has been ahead of its time and done a terrific job identifying emerging threats and issues which we need to be thinking about sooner, rather than later, so we have a better chance of finding solutions.” –   Richard Perle, former Assistant Secretary of Defense for International     Security Policy, and member of the ACD Board of Directors.

“Thank you for inviting me to participate in one of the most interesting discussions ever.”—Houston T. Hawkins, Senior Fellow, Principal Associate Directorate for Global Security, Los Alamos National Laboratory

On February 19, 2014, the American Center for Democracy assembled a group of cyber and space, communication, defense and policy experts to discuss the United States’ vulnerabilities to purposeful interference with cyber systems and technologies essential to the functioning of our economy and society. The roundtable discussion, held at George Washington University, and hosted by Homeland Security Policy Institute director, Frank Cilluffo, was conducted under Chatham House Rules. Consequently, attributions herein are limited to those contributors who gave their permission to be named.

The focus of the meeting was not only to discuss the problems and the impact of purposeful interference in cyber and the U.S. Global Positioning System (GPS), but mostly to encourage the public and private sector partnership that together will look for new solutions to bridge the significant gaps in cybersecurity with cost-effective opportunities to enhance security to enhance the integrity of our critical infrastructure. This includes the electric grid, communications and financial systems.

The growing dependency on wireless services and the resulting escalation of cyberattacks has resulted in innumerable ideas about how best to enhance  cybersecurity and protect against purposeful interference.  Many call for enhanced government-private sector cooperation.

President Obama’s Executive Order 13636, is intended to “Improve Critical Infrastructure Cybersecurity,” and establish “a voluntary set of security standards for critical infrastructure industries….The Order directs the Executive Branch to increase the volume, timeliness and quality of cyber threat information sharing, which should result in further developing a public-private partnership.”

To date, different data breach notification laws have been adopted by 46 states, creating a jigsaw puzzle with different notification triggers, timing and notice content requirements.  While the government calls for passing a national law to standardize data breach notifications, the private sector is reluctant. This is not surprising considering the ease with which the security of the supposedly best-protected government agencies was breached. A lone bad actor was able to steal millions of documents detailing the country’s most critical national security and business secrets.

On top of this comes a report confirming that Iran successfully penetrated the Navy Marine Corps Intranet, which presumably has the best cybersecurity systems, raising grave concerns regarding the vulnerability of our civilian infrastructure to similar attacks and questions the government’s ability to protect them. For many years now, many vulnerabilities have been discussed in congressional hearings. But hearings are usually held after something happens, or are about the next budget cycle. Thus, the government’s ability to coordinate response to a significant interference event remains unclear.

We are well aware of the vulnerability of the electric grid and communication systems.  Yet, instead of considering systems organization and putting in place individual systems, we continue to think about a central system. We experience everyday interference with our communication systems and devices dependent upon GPS.  A survey of the web reveals a large number of radio frequency jamming devices are advertised and sold in the U.S., despite the 1934 Communications Act that strictly forbids the manufacturing, marketing and importation of jamming devices into the U.S. Apparently, the Federal Communications Commission’s enforcement efforts are not enough to curtail this problem.

We have to combine our knowledge to figure out what needs to be done to prevent attacks that even if not catastrophic could damage our economy and endanger our lives. The U.S. still leads the world in technological innovation.  But for how long?

Meaningful improvements in our security, reliability, and resilience require that our government officials, elected representatives, and senior business executives come together with greater clarity and strategic vision to identify and tackle current and emerging problems.  We cannot afford to consider purposeful attacks as force majeure, which are unforeseeable, unpreventable, and unmanageable.  We also cannot expect meaningful progress without considerable thought leadership, bringing together multidisciplinary approaches and solutions to issues that transcend any one industry, span the globe, and increasingly impact our economic and national security.

Houston T. Hawkins, Senior Fellow, Principal Associate Directorate for Global Security, Los Alamos National Laboratory, observed that without a change of attitude we may win on the tactical level, but not on the strategic level. “An example is the Tet Offensive, which the US won by all conventional military criteria. But the Viet Cong won on the strategic level, by convincing us that we lost, that victory was impossible, and that we needed to get out of Vietnam.”

Our goal is to drive a major change in attitude from reactive to proactive, so that new policies, architectures, and technologies are developed to enhance our resiliency and protection, through coordination between the government and private sector partners. To succeed, we must, as in chess, take little comfort in temporary tactical gains.  Instead, we must better anticipate and restrict the future moves of our adversaries over the long term. Too often we leap vigorously — and at great expense — into tackling that which we can do successfully in the moment, with an unrealistic hope that temporary tactical successes will somehow lead to strategic success.

Please keep these concerns and considerations in mind as you join our dialogue, and hopefully become part of the thought leadership on how best to counter purposeful interference against our strategic infrastructure.

The roundtable discussion was extraordinarily rich, addressing complicated, intricate issues, such as:

The Internet of Things (IoT):

Private Sector Failings and the Need for Cooperation with Government:

1)    Detection of events:  DHS should define the measurements for, be the central repository for, and analyze information associated with interference events.  This will help determine trends, etc.;

3)    Recovering from events — either by detection/attribution (as mentioned in 1 & 2), or through greater Research & Development efforts focused on resilience of all of the various services that are critically vulnerable to interference events;

4)    Identifying the increasing vulnerabilities of our critical infrastructure and IoT reliance upon cyber, and potential harm relating to, interference—including, but not limited to sophisticated GPS interference and unsophisticated terrestrial jamming of infrastructure processes, emergency communications, and transportation;

5)    Fundamentally, we need to ensure that our cybersecurity strategies, technologies, market incentives, and international dialogue focus greater attention on the challenges of more quickly detecting and mitigating harm, while in parallel locating and penalizing bad actors.

Application of resilience principles could be achieved by:

1)    Engaging CEOs in the private sector. CEOs usually don’t seek or receive advance notices of looming risks and crises that could affect their supply chains, interconnected links and interdependencies from end to end.

2)    Anticipating that “unknown, unknowns” will happen. Adapt, recover, restore, and move on. The ability to bend in the winds of a disruption or disaster, rather than break, should assume that mission-essential functions of government and core business functions are liable to fail.

1)    The most original and promising proposals voiced at the event were to mobilize state governments and state National Guard units to prepare responses.

2)    We should try to interest Pentagon planners in getting the National Guard involved in preparing for massive power outages—prepositioning vital supplies, including water and gasoline and oil, or gas-powered electric generators for emergency use.

Roles of the Public and Private Sector:

* The complete report of this event is available here. It was co-Sponsored and hosted by the Homeland Security Policy Institute, George Washington University, Washington, D.C., Wednesday, February 19, 2014