The Drone Mystique and Turkey 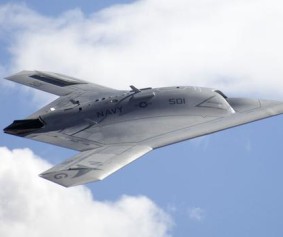 The recent positioning of US unmanned aerial vehicles, or drones, at bases created in the Horn of Africa, the Arabian Peninsula, the Levant and Afghanistan is a geopolitical event that demands greater consideration. That it does not receive more attention is perhaps due to the fact that drone bases pop-up in the strangest places: In Saudi Arabia in the heart of the Rub al-Khali (the Empty Quarter) and along the border with Yemen; Socotra Island off Yemen; Masirah Island, Oman; Arba Minch base in Ethiopia; Camp Lemonier in Djibouti; at a base near Mahe, the Seychelles; al Udaid, Qatar; and once upon a time at least four locations in Afghanistan (Khost Kandahar, Jalalabad and Shindad locations). Finally, there is a drone location at Incirlik air base in Turkey.

A report produced on US drone bases by the Washington Post on 19 July 2013  provided a graphic depiction of US drone bases found over a vast area. What would have been even more instructive, however, would have been a representation of the overlapping radii emanating from US bases in the Horn of Africa to Afghanistan. Using an operational radius of 1,000 kilometers, the vast area comprising the Horn of Africa, the Arabian Peninsula, the Levant and South Asia is presently covered by US drones, and the eastern Mediterranean and the Middle East is nearly complete.  Elsewhere, the presence of a US radar base in Azerbaijan’s Astara Rayon region, and that nation’s use of Israeli Orbiter and Hermes-450 drones in unexplained surveillance missions, in effect completes the encirclement of Iran.

Certainly, America’s advanced surveillance drones, specifically the Predator and Reaper, can now fly higher and be stationed for longer periods over target areas. The X-47B stealth drone–with a range of 2,300 miles, speed of 0.9 mach, and cruising altitude of 40,000 feet–which can be launched at sea, is a new generation of drones and unhappily for the pilot presages the genesis of robotic combat aircraft. And should one wonder if the US is wasting a prime resource. The US has in its inventory more than 6,000 drones (and counting).

Whether all the bases that have been reported are there now, or will be in five years, is a moot point.  For certain, however, the positioning of drones, in contrast to that which is required for the construction of a jet air base, is simplicity personified.  And it doesn’t seem to matter what sort of drone is deployed, whether the reconnaissance type or the “hunter-killer” able to fire Hellfire missiles and satellite-guided bombs.  The recent base discovered in Saudi Arabia literally in the middle of nowhere is composed of three hangars and a small runway. Whether its targeting operations are run from that base or from somewhere in Nevada, or whether the base is a military or CIA operation is unknown. In any case, it is so isolated that an attack by Islamist terrorists would not be expected (but is not entirely out of the question).  One thing is certain, if the base does not meet expectations (whether tactically or strategically, or in terms of reconnaissance or attack), the place could probably be abandoned in a week.

The same could be said of the US drone base that was recently created at Incirlik, Turkey.

The  Washington Post on 13 July 2013 published an article by Charles Whitlock entitled “US drone surveillance expands to other hot spots” Whitlock’s reporting was general in nature, and it offered little new to interested parties who have followed the use of American drones employed in anti-terrorist activity in Somalia, Mali and Yemen. However, from the article we learn that some forty Americans–both military and civilian contractors–are administering “flight services” in support of a secret drone program that operates from a small enclave found within the huge air base at Incirlik, Turkey. What the team is up to, and how the presence of US drones at a Turkish airbase benefits the government of Recep Tayyip Erdogan and/or the American intelligence community can only be guessed.  Would Turkey allow the U.S. to unilaterally operate drones from Turkish territory? Would there be dual-use of drones?  Would the United States lease Predator or Reaper drones to the Turkish military forces for their own use? Certainly there must exist a quid pro quo.

No mention was made of the fact that in 2012 Turkey ended an arrangement with Israel which had previously provided it with drone aircraft. The Turkish government of Prime Minister Erdogan then announced that in 2013 it would begin to produce locally the ANKA, an indigenously manufactured surveillance drone.  (The Egyptian military was reported to have been so pleased with the Turkish product that it signed a purchase agreement  to receive the ANKA.)  How this recent development dovetails, if at all, with the presence of the United States drone activity at Incirlik is a question that may soon be answered as the ANKA becomes operational.

While there is a general perception that Turkey has been a US ally of long duration, beginning in the 1960s the Turkish government, and a significant percentage of educated Turks, expressed the desire to cut the cord that bound the nation to NATO and to the United States.  It was to be cut even if the result was no more military assistance, economic aid, or bilateral trade.  The anti-American sentiment grew with its involvement in the War for Afghanistan.  It accelerated in the 1990s with the war in the Balkans.  (See Giray Sadik, “American Image in Turkey: U.S. Foreign Policy Dimensions,” Lexington Books, 2009)

During the Balkan struggle, Erdogan and his mentor Islamist politician Necmettin Erbakan (1926-2011) played a major role. Both men were members of the international Muslim Brotherhood, and they had formed important ties with likeminded Islamists throughout the Middle East.  In the early 1990s both served as money launderers and arms purchasers in the Islamist-backed insurgency in Bosnia, Kosovo and Albania. Their activity can be seen as a starting point in what would be a continuing Islamist effort to infiltrate the Turkish polity and dominate its future.

Today, like yesterday, the Turkish Islamists–specifically Erdogan–carefully cloak their dislike of US foreign policy and of the United States itself.  They detest the US Congress and have routinely expressed their contempt ever since it roundly condemned the Turkish invasion and occupation of eastern Cyprus in 1974. Especially onerous is the Congressional effort to enact an Armenian Genocide Bill. Congress simply will not forget the Turkish slaughter of more than a million Armenians and the subsequent effort to whitewash that atrocity.  In addition, the New York-based Committee to Protect Journalists, has argued that Turkey has used “vague” anti-terrorist laws to arrest reporters, often with respect to reporting on the conflict with its Kurdish minority. And Turkey has been called “the world’s leading jailer” of reporters. Finally, and most importantly, as the war in Iraq proved, when it comes to conflict in the Middle East, Turkey is not a dependable ally.

Ankara has publicly condemned Washington’s tepid response to the revolution in Syria, and more recently it has been alarmed by the Obama administration’s ambivalent reaction to the overthrow of the Morsy government in Egypt.  There is no doubt that the Muslim Brotherhood in Egypt and Islamists in Turkey are allies of decades duration; likewise, there is no doubt that in his past Erdogan was a Muslim Brother and he likely remains so today, in spirit if not directly. Thus, the Egyptian coup d’etat and the fall of Morsy is a monumental defeat for the Islamist movement. As for the Turks themselves, regarding the policies of the United States, a recent Pew survey found that found that 82% of Turks disapprove of the Obama Administration’s use of drones “against extremists.” (However, that opinion would likely lessen dramatically if the word “extremist” were replaced by “Kurds.”)

In November 2011 the Turkish media reported that the government of Prime Minister Erdogan had secured a major diplomatic triumph as US President Barack Obama agreed to move to Turkey US Predator drones then stationed in Iraq.  They would be located based at the huge Incirlik airbase (located in Turkish Anatolia and north-northwest of Aleppo, Syria).  Within days some four Predator drones arrived from Iraq.

Before the arrival of the drones it was claimed that Erdogan’s requests for their use had been rejected by Washington, “citing its need for the drones in its war against Taliban and Al-Qaida.”  In Washington, cynics assumed that the change of policy had everything to do with the emplacement of NATO’s anti-missile system that would use Turkish territory to help counter the perceived Iranian threat.  In addition, drones could be useful for an even more important reason. On 15 March 2011 the so-called Arab Spring had exploded in Syria.  An incipient revolution began on that date as a surprisingly widespread protest demanding an end to the Assad regime erupted at Homs. Within hours it spread to Syria’s major cities and towns.

Finally, Turkish observers questioned whether the drones could somehow be put to use in the Turkish military’s unending  conflict with Turkey’ Kurdish minority. Indeed, the quid pro quo became a little more obvious when, shortly after their emplacement at Incirlik, the Turkish press began to report that drones were being used to track the movement of rebel Turkish Kurds operating from safe havens in northern Iraq. For certain, the American drones in Turkey effect the sealing of the Levant and Middle East envelopes.  While one wonders whether the Turkish base was really necessary other than to satisfy a sometime ally’s whim, that question seemed to be resolved in 2012 when it was learned that US (and Israeli) drones were patrolling Syrian skies in an effort to fix and track the stockpile of Syrian chemical weapons.