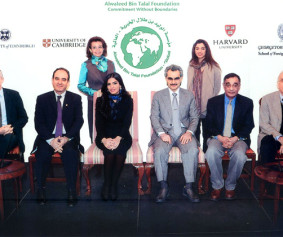 “One has to start somewhere.”  That’s how the president of the American Studies Association justified the ASA’s vote to boycott Israel when he was asked why the organization had ignored the vast number of human rights abusing states that pepper the planet. He might have added, where else do we get equivalent PR bang for the buck?   Would the Wall Street Journal devote an editorial and an op-ed piece (on one day!) to our radical left pint-sized under-the-radar association if we had condemned the Sudan?  And if the Wall Street Journal doesn’t appreciate us, our academic peers will.

Nowhere has the long march through the institutions recommended by Antonio Gramsci as the road to power been more successful than in our colleges and universities (with the Democratic Party a strong runner-up).  In all too many cases,  the liberal arts divisions are occupied territory of the left.

Ethnic and gender studies are especially  prone to being taken over by the wackiest  elements of our species. These radical activists take over the National Councils (and more important, the executive committees) of the Associations composed of  those teaching in these fields (like American Studies, Middle Eastern Studies, Asian Studies, Native American Studies, Women’s Studies etc.). They rightly see that by controlling these outfits, they will have megaphones to broadcast their junk morality on to a broader scene, never mind that these forays into “progressive” politics have nothing to do with the purposes or supposed sphere of competence of the group of which they are a part.  The upshot is that these so-called scholarly associations  increasingly come to resemble the UN Human Rights Council,  absurdly obsessing about Israel (a human rights paragon, as these things go) as the greatest, if not only, human rights abuser on this earth.

In the case of the American Studies Association,  following the annual meeting, its National Council voted unanimously to endorse the Israel boycott.  Jonathan Marks (a professor of politics at Ursinus College) notes in the Wall Street Journal that the Council’s executive committee (whence such resolutions spring) has six members, five of them anti-Israel activists who had previously endorsed the U.S. Campaign for the Academic and Cultural Boycott of Israel.  Four of them  had signed a 2009 letter to Obama describing Israel’s treatment of the Palestinians as “one of the most massive ethnocidal atrocities of modern times” and declared a one-state solution “almost certainly” the only road to peace.  In other words the only way Israel could satisfy these human rights mavens would be to abolish itself.

Boasting of its democratic openness, the Council then opened the resolution to a vote of the membership, but just in case, posted a long manifesto in its favor and kept all criticism off the association’s website until the last few days. But the fact that eight past presidents of the Association signed a letter calling the resolution “discrimination pure and simple” had no impact.  Two thirds of those who voted backed the resolution. It has been pointed out that only a minority of association members voted, but if the non-voters had been strongly opposed, they could have participated and defeated the resolution.

Reading the turgid, semi-literate justifications a number of these “scholars” offered, one has to be sorry for the students who take courses from them (and the parents who pay for them).  What immediately jumps out is that for many Israel is a stand-in for the United States.  Here is Fred Moten, professor at the University of California at Riverside:  “Those of us who study the history and culture of the United States of America know that it has played and continues to play a major part in this tragic and brutal history [of settler colonialism], both within its own borders and everywhere it seeks to extend, consolidate and instrumentalize its power.”  And here’s Eric Cheyfitz, Ernest I. White Professor of American Studies and Humane Letters (!)  at Cornell: “It is worth noting…that just as the myth of American exceptionalism seeks to erase the genocide and ongoing settler colonialism of Indigenous peoples here in the United States so the myth of Israeli exceptionalism seeks to erase Israeli colonialism in Palestine and claim original rights to Palestinian lands.” And then there’s Angela Davis, the member in whom the American Studies Association takes greatest pride – Black Panther,  long time leader of the U.S. Communist Party, winner of the Lenin Peace Prize in 1979 (formerly the Stalin Peace Prize) and Distinguished Professor Emerita at the University of California Santa Cruz.  The Association even gives an annual Angela Davis prize in “Public Scholarship” in her honor. An excerpt from this moral giant’s endorsement of the resolution: “The similarities between historical Jim Crow practices and contemporary regimes  and segregation in Occupied Palestine makes this resolution an ethical imperative for the ASA.”

Time has clearly not softened the anti-American passions of many in the American Studies Association. Sociologist Alan Wolfe (as Jonathan Marks reminds us) over a decade ago spoke of a cohort of American Studies scholars who had “developed a hatred for America so visceral that it [made] one wonder why they [bothered] studying America at all.”

What is also striking  is the reliance for cover on a poisonous cadre of Israeli academics. Here’s Cheyfitz again: “[T]he call for boycott…is increasingly echoed by Israeli activists and intellectuals concerned with the moral and political sustainability of their country…Israeli intellectuals Adi Ophir’s and Ariella Azoulay’s description of the occupation and its administration as a practice of incorporate exclusion is apt not only with regard to Israeli policy but with regard to American policy as well.” (If you don’t know what incorporate exclusion is, don’t worry, it’s part of what George Orwell called the “pure wind” designed “to make lies sound truthful.”)

Above all, the statements in favor of the resolution offered by titled professors at major universities (Cornell, UCLA, University of Illinois, Tufts University, Stanford University, to name a few) should be an embarrassment to the institutions which hired and promoted them. They are hard to match for sheer stupidity  and empty, self-righteous sloganeering.

The contribution of Neferti X.M. Tadiar, Professor at Barnard College (alas, my alma mater) is typical: “The overwhelming support for this resolution heralds a new era of anti-racist, anti-colonial solidarity.   It signals an American Studies unafraid to challenge some of the most hallowed underpinnings of global empire, including the imperative to uphold formal freedoms regardless of the dispossession and violence on which these freedoms depend.” Edward Alexander notes the difference between the dunces  when Alexander Pope wrote the Dunciad and our own-then “there was no system of tenure to keep them in place.”

Is too much attention being paid to the silly behavior of an obscure academic association?  Probably not.  The American Studies Association’s boycott endorsement comes on the heels  of the Association for Asian American Studies vote to boycott Israel and was swiftly followed by the unanimous vote of the Council of the Native American Indigenous Studies Association.  These are pilot projects for more important targets shortly to come-the thirty thousand member Modern Language Association and the American Historical Association. Such efforts are of course part of the campaign to demonize Israel and unfortunately carry public weight.  Yoram Hazony has observed that “more than any other institution in the modern world, the universities are seen by educated people as the engine for the discovery and dissemination of truth on pretty much every subject of general significance.” That they have become a prime engine for dissemination of untruths on a great many subjects is not yet widely appreciated.

While Bloomberg columnist Jeffrey Goldberg scarcely ranks high as a champion of Israel, the American Studies Association’s performance is too much for him.  He suggests that given the ASA’s passion for human rights, the Pentagon’s funding for assassination campaigns in various countries, and the fact that many members of the Association teach at institutions that receive research funding from the Pentagon, the appropriate response by these academics might be to ban themselves from the conferences they organize and cease to read their own papers.

As Goldberg is the first to concede, this is not likely to happen.  Yet much can be done.  Jonathan Marks notes the responsibility of those who have remained passive as the activists took over. He writes: “True scholars, unlike activists, are for the most part not joiners.  But if we-myself included-do not join together to save our professional associations from anti-Israel activists, we will bear part of the blame for erasing the line between scholarly work and propaganda.” Already a substantial number of college presidents (Harvard, University of Pennsylvania and Cornell among them) have spoken up to reject the boycott although, at this writing, only four, Brandeis, Penn State at Harrisburg, Indiana University and Kenyon College have publicly resigned their institutional memberships in the ASA.  If there are any scholars left in the American Studies Association they should resign. If academic associations choose to transform themselves into fringe anti-Israel mini-political parties, there is no reason they should claim, or receive, academic support. If they want to boycott, divest from, and sanction, let them be boycotted, divested from, and sanctioned in their turn.

The article was originally published in the January 2014 issue of Mideast Outpost, on December 24, 2013