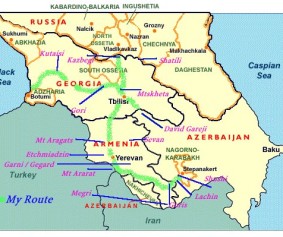 A large number of caches of arms, ammunition, and explosives, including surface-to-air missiles and a flamethrower, were seized.  Although the activity seemed premature, it was said that rebels were eventually going to move them in advance of the winter Olympic Games to be held in Sochi in 2014. As the drive from Sukhumi, the major city in Abkhazia, to Sochi in Russia’s Krasnodar Krai is only 72 miles (a drive of one hour and twenty minutes), the discovery of weapons that close to the site of the winter games was unsettling to say the least.