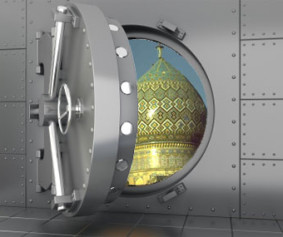 Eighteen months ago the we set out to develop the Terrorist Finance Network Tracker (TFNT).

Our first assignment has been to document the global network of the Muslim Brotherhood and affiliated organizations’ funding sources. Our purpose is to make public the information of this ongoing project. We plan to post our well documented data on a dedicated website featuring a special interactive map that would reveal the Islamist’s complex financial web and global reach.

The Muslim Brotherhood’s exclusion from the U.S. designated terrorist list proves the success of their tactics to penetrate the U.S. and the West under the guise of “reformers.” Yet, the Brotherhood teaching is directly responsible for the “radicalization” of Muslims the world over. Muslim Brotherhood principles are behind the re-branding of jihad as “Political Islam,” thus facilitating the formation of “military arms” that allow deniability for terrorist attacks by an allegedly separate group, or responsibility for actions by “self-radicalized” individuals.

All this requires a lot money

Ayatollah Khomeini’s Islamic Revolution propelled the spread of “Political Islam.” The creation of Hizballah was followed by HAMAS, and Osama bin Laden’s al Qaeda, germinated AQIM, al-Nusra, and many others.

Political Islam has been preached by Imams–often from, or funded by Saudi Arabia–for many decades in mosques, madrassas and Islamic Centers  everywhere, as well as in print, on TV, YouTube and the Internet. Its creed have been re-enforced by Muslim community, state and global organizations, such as the Council on American-Islamic Relations (CAIR), and the Islamic Society of North America (ISNA), International Institute of Islamic Thought (IIIT), the Arab League, the Organization of Islamic Conference (OIC), World Assembly of Muslim Youth (WAMY), to name a few. Again, with no funding, none of these organization would have been able to flourish and expand.

Our multilingual researchers have been able to identify and establish links between and among organizations that make up this web and their funding sources, some of which are states, but many non-state actors, Islamic and other banks, businesses and charities.

Thus far, we have several thousand documented links, which we intend to upload to an interactive dedicated website as soon as we raise the necessary funds.

ACD/EWI is seeking contributions to enable us to make this information publicly available from this important project.

See below the executive summary of our Terrorist Finance Network Tracker (TFNT) project.

Leaders and businessmen: EWI has data on individuals from 30 countries. While the bulk of these individuals are from the Middle East, many are from western countries such as the United States, Canada, and the United Kingdom. The case of Jamal Badawi is illustrative: He was born in Egypt, is a professor in Canada, and is active in MB-linked organizations in the US, Ireland, and Qatar. Similarly, the other individuals have links to other countries.

Non-Governmental Organizations: As with the leaders and businessmen, we have identified MB-linked NGOS in nearly 30 countries, in both the Middle East as well as in the West and elsewhere. One major example is the Union of Good, an umbrella organization of terrorist funding charities. Among the Union of Good affiliates are charities in dozens of countries in Europe, despite its being banned in the U.S. It has to be noted that virtually every organization is part of what can be best termed a ‘nexus’ of links, maintaining multiple organizational and personal connections. For example, the International Union of Muslim Scholars (IUMS) is headed by Yusuf al-Qaradawi, who also heads the Union of Good, and Jamal Badawi is an IUMS trustee. Significantly, neither IUMS nor Badawi are formally linked to the Union of Good, and no commercial database will show such a link. Yet our research has clearly identified this link.

Companies: Similarly to the above categories, EWI has identified companies linked to the MB in many countries in the Middle East and elsewhere. Support of terrorism become apparent when studying the links of between these companies. For example, Khariat el-Shater, the owner of the Egyptian branch of the Turkish based SARAR textiles, is a former business partner of Ahmed Abelaty, who laundered money for the Muslim Brotherhood. Yusuf al Qaradawi shows up in several companies.

In all cases, facts are fully sourced and documented.

The advantage of EWI’s research, especially as combined with our Terrorist Finance Network Tracker product, is in showing deep networks of connections that are missing from formal designation lists such as OFAC. Further, EWI uses a team of subject matter experts who gather basic information at sources, which typical examinationsby government agencies seem to be missing. For example, OFAC will clearly study a major terrorist financier but usually misses the low-level people and entities that are just as important, in the aggregate, as the larger players. Only by examining all the players, and accurately noting their connections, can progress be made in stanching the financing of terrorism, radicalism, and the growth of militant Islam.