Straws in the Wind?* 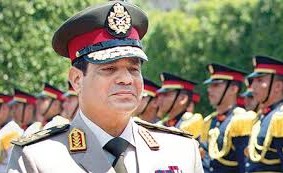 I never cease to be amazed at the well-honed ability of the media to devote most of its time and space to completely unimportant matters (yes, fans, such as the Super Bowl), while downplaying or completely ignoring events of potentially great significance.

In recent days an Al-Jazeera news anchor wondered live on camera why the Arab armies can’t be as humanitarian as the Israeli army–trying its best to avoid civilian casualties.  As far as we know he was not fired.

Youssef Zeidan, a prominent Egyptian scholar and author, declared in a televised interview that Muslim anti-Semitism and anti-Israel attitudes were attributable to indoctrination, ignorance “…and stupidity”.

Such statements are not rare from Arab and Persian scholars and others living outside the region, but they are very rare from persons within the Arab or Iranian world. Nevertheless, perhaps crowding out incidents, such as these in favor of endless commentary on SodaStream vs. Oxfam or whom the prime minister’s sons date, could be excused on the ground that such examples are few and far between and the individuals involved are not all that significant.

However, the same cannot by any stretch of journalistic malfeasance be said of the relative lack of emphasis on an astonishing statement made publicly by one of the most powerful figures in the Arab universe–Egyptian Field Marshall and soon to be president, Abdel Fattah all-Sisi, to wit:  “Religious discourse is the greatest battle and challenge facing the Egyptian people, pointing to the need for a new vision and a modern comprehensive understanding of the religion of Islam–rather than relying on a discourse that has not changed for 800 years.”  He refers to the year 1258, when the ruling Islamic scholars of the day declared all questions of interpretation of Islam had been settled and the gates of “ijtihad” (interpretation) had been closed.

Even completely secular Arab rulers such as the Assads, Ghaddafi and Saddam Hussein never dared to say anything of the kind, and on the contrary, supported their domestic religious establishments.

Equally significant is that Marshall al-Sisi was not contradicted or condemned by the scholars of Al-Azhar University, by far the most prestigious center of Sunni Islamic learning. Indeed, late last year some of those same scholars had joined a group of twenty-five Egyptian Sunni scholars who proclaimed that ijtihad needed to be resumed, including in such areas as separation of religion and state, women’s rights, relations with non-Muslims, and jihad.

This could not have happened in a more significant Muslim country, outside of Saudi Arabia.  Is it a straw in the wind or simply an isolated incident? If it indeed indicates a shift in the Islamic winds, that would be a monumentally important event for Israel and the rest of the world.  Islam never had a reformation and Arabic civilization never had a renaissance. They are both frozen in the high middle ages.

Might we be seeing the faint beginnings of such a reformation and renaissance?  Stay closely tuned.

* A version of this article appeared on Globes.

Egyptian interim President Abdel Fattah al-Sisi sent out shock waves last week by declaring that it is time for Islam to join the 21st century. A significant shift in public attitudes in the Arab world, among scholars and the media but also at the highest reaches of political power, suggests a potential for fundamental change to come.

While the media are fixated on the doomed “triple negotiations” in the Middle East, al-Sisi’s public statement on Islam may represent nothing less than a paradigm shift in the Arab Muslim world. If fully realized, such a change could offer the Middle East an escape from its current violence and chaos.

Twenty-five Egyptian Islamic scholars—some from Al-Azhar University, the closest thing Sunni Islam has to an authoritative theological think tank—recently issued a statement that Islam needed to restore ijtihad, the investigation of Islamic dogma, in the light of changes in the objective situation within which it functions.

Subsequently, an Al Jazeera news anchor asked on camera why Arab armies couldn’t be as humanitarian as the Israeli army in terms of trying to prevent civilian casualties. He was not fired.  Then a famous and influential Egyptian scholar of Islamic history declared publicly that Muslim anti-Semitism was due to indoctrination or “stupidity.”

All this could be downplayed as unrepresentative and unlikely to have any substantial effect on Muslim thought or practice. But public pronouncements by al-Sisi of Egypt, one of the two most powerful current Sunni Arab figures (the other being King Abdullah of Saudi Arabia), cannot be ignored. His statement that Islam must exit its 800-year stagnation and join the modern world is nothing short of revolutionary.

His reference was to the year 1258, when the ruling mullahs of the day declared that the period of discussion of Islamic theology had come to an end and nothing more could be questioned. Since then, any attempt to change or even examine Sunni dogma was deemed heretical and thus subject to the death penalty.

Most significantly, after al-Sisi’s remarks, there was no condemnation from figures at Al-Azhar University, traditionally quick to denounce heresy.

It remains to be seen if these events, including al-Sisi’s statement, have resonance in the region as a whole. Nevertheless, he is by far the most powerful figure in the Sunni Arab world as ruler of Egypt, the most populous Arab country and traditionally a major influence in the region.

In terms of power and influence, al-Sisi can only be compared to King Abdullah of Saudi Arabia, who is Guardian of the Holy Places (Mecca and Medina) and protector of the Wahhabi ultra-orthodox sect of Sunni Islam.

The potential effect of such a development is hard to exaggerate. Until now, Sunni Arabs have been divided into secularists, routine followers of traditional Islam; mystics (known as Sufis); and followers of various extremist sects and movements, such as the Wahhabis, the Muslim Brotherhood and al-Qaeda, among others.

Islam never had a Reformation and Arabic civilization never had a Renaissance, which is why both the religion and the culture have been stuck in the High Middle Ages.

Any movement which accepts the need for modernization of the faith would be revolutionary in its impact on Sunni Islam, which comprises the great majority of Muslims from Morocco to the Philippines. A new element would be added to the ideological mix, namely a modern Islam, which would re-examine, as al-Sisi remarked, such areas as separation of religion and state, women’s rights, jihad, and relations with non-Muslims (that is, Christians and Jews).

The implications for Israel and for the West are obvious and potentially profound. Whether the field marshal’s words will prove to have wings remains to be seen, but for the moment, at least, they have the potential to be immensely more significant than all the “negotiations” going on in the Middle East put together.