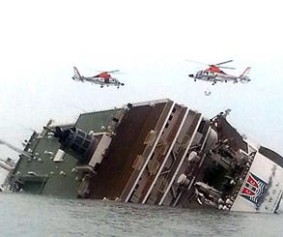 The April tragedy of the ferry Sewol sinking off the coast of South Korea has brought the country to an important crossroads. Over the last two months, there has been a collective national attempt to pull the country together by addressing some of the immediate issues and questions that have emerged from the tragedy, which many believe should have never occurred in the first place. As Korean citizens ask tough, fundamental questions in search of explanations that could account for the disaster, authorities have struggled to find answers and measures that might satisfy. As of this writing, some 16 victims have yet to be found. The public outcry of grief and anger is palpable, and will not soon disappear from the public sphere, let alone from the news and social media. As the search for the remaining victims continues, South Koreans at all levels of society—from the grassroots to top government authorities—appear to be united and ready to take some very difficult steps to ensure nothing like this happens again.

In some ways, the impact of the tragedy on the South Korean psyche is reminiscent of the effect that Hurricane Katrina had on Americans in the United States. A developed nation, stricken by a tragic event, has found its local, state, and federal authorities shockingly ill-prepared to coordinate an efficient and effective response to an emergency where more lives could and should have been saved. After Katrina, the U.S. Government was drawn into a period of deep introspection that resulted in significant institutional changes to FEMA as well as legislative and policy improvements to emergency preparedness and disaster management in the United States.[1] In the aftermath of Katrina, the national response in the United States shared the sentiment of “never again.” For South Korea, this could indeed be the nation’s Katrina moment.[2]

The most essential question that South Korea must ask itself after the Sewol tragedy is the following: what real changes will be implemented and enforced by the government in South Korea to fundamentally repair the nation, enabling it to avoid such national catastrophes? In her public address on May 19, President Park provided a thoughtful outline of the government’s plans for reorganization, which will strip authorities from agencies that failed in their duties and assign them to others, and she described bills that will be proposed in the National Assembly aimed at combating the corrosive collusion that exists between regulators and businesses and ultimately enables tragedies like this.[3] However effective the reforms that President Park announced may become, it is important to underscore that the legislative and organizational changes that have been proposed must occur in tandem.  The government has the ultimate responsibility to lead in the effort, and it should be noted that if any one of the measures of reform (that is, enhancements to emergency preparedness capabilities, improvements in rules and regulations, and contending against public- and private-sector corruption) are not both implemented and effectively enforced, the country will not be adequately prepared for the next national emergency.

A nation’s system of emergency preparedness is only as effective as the trained and skilled professionals who make it operational, and the effectiveness of rules and regulations has limitations insofar as they are observed, complied with, and guarded from corruption. Therefore, in order to be effective, the changes that President Park pursues should be comprehensive and not piecemeal. Even the most thoughtful rules and regulations can be undermined by dishonest practices. Moreover, emergency preparedness and disaster management policies should be comprehensive in and of themselves because they are most effective when they are part of a full spectrum of preparedness activities, including planning, training, and exercising. The personnel recruited to manage the system must be professional, held accountable to the public, and most of all above reproach.

As President Park acknowledged in her address, South Korea has an unfortunate record of corruption between the public and private sectors. Corruption has negatively affected the standards of safety among various industries in South Korea, and has made it difficult to enforce the rules and regulations that exist to counter corruption. For example, in December of 1995, an event strikingly similar to that of the Sewol incident occurred in what was dubbed South Korea’s “biggest peacetime disaster”:[4] a department store in Seoul collapsed due to shoddy construction that courts deemed was made possible by corruption. The building’s collapse caused more than 500 fatalities and, according to a news report,[5] prosecutors asserted that the owner was “more concerned with maximizing profits than customer safety,” and that city officials were “willing to take bribes in exchange for allowing illegal design and construction.” As a result, the owner of the building, his son, and 23 others were sentenced or fined. Similar events occurred in 1970 and 1994,[6] which also resulted in prison sentences or political resignations.[7]

The nation tightened its building safety rules after these incidents,[8] but questions linger as to whether the government has also improved standards of safety in South Korea by enforcing rules and regulations across other industries. For example, was the Sewol ferry tragedy a rare and unfortunate exception amid overall enhancements in national safety standards and declining corruption? Last year an anonymous whistleblower exposed corrupt practices that affected safety standards in the South Korean nuclear energy industry. As reported by Reuters, “South Korea’s tightly closed nuclear industry has been criticized for breeding a culture of secrecy that led to corrupt practices among officials involved in safety certification.”[9] This anonymous tip, which exposed corruption in nuclear energy safety and regulation and may have saved the country from a nuclear disaster, has put nuclear facilities in South Korea under a microscope. While this incident may have forced the nuclear energy industry to revisit and improve safety standards, it will be a test case for the nation to ensure the government is doing enough to avert nuclear disaster in the long term in a country that currently has 23 reactors and 16 more in planning. As with the Sewol disaster, similar kinds of failures originate from a lack of adherence to safety standards despite the rules in place. Compliance monitoring and enforcement of regulations must go hand in hand with effective emergency preparedness.

The multiple deficiencies that led up to the Sewol disaster all point to systemic failure: inadequate regulation and oversight allowing for the illegal redesign of the vessel,[10] enabling the overloading of cargo;[11] inexperience[12] and inadequate safety drills[13] among the crew to react during an emergency; the authorities’ overall slow response to the problem;[14] deficient response by several layers of responders, including the Coast Guard rescuing the captain and crew before the passengers;[15] and overall poor communication and information collection. As demonstrated in the construction and nuclear energy industry examples above, each of these deficiencies has parallels across other industries. In the aftermath of Sewol, in order to bring about improvements that will truly enable a new and effective emergency preparedness system in South Korea as promised by President Park, improvements on a systemic level are essential because ultimately, preventing the multiple failures that lead up to disasters will have a far greater impact than responding after the disaster has struck.

Fortunately, one unique aspect of the Sewol tragedy in comparison with past events is a renewed interest across civil society in enhancing the emergency preparedness and disaster response capabilities of the South Korean government. This has come with recognition that with lessons learned from the Sewol tragedy and the obvious failures of the now defunct Coast Guard,[16] a better-designed emergency preparedness system capable of preventing, mitigating, and responding to national disasters is needed, as well as overall change on a systemic level that will support and enable the system to operate.

The government in Seoul may need to fundamentally alter its approach to the twin challenges of national safety regulation enforcement and emergency preparedness. The two issues are inextricably linked at all levels: federal, provincial, and local, and across all sectors of society. Building and fostering an enduring culture of safety and effective “all hazards” disaster response is not only feasible in Korea, but worthy of a serious, important, and prosperous nation. If successful, South Korea could even become a regional example and leader of all-hazards disaster response. Following the triple disaster of March 2011, Japan reached out to other Asian nations to share lessons learned and aid in capacity building. Korea should do the same. Korea is a modern and advanced Asian country and has the potential to aid developing nations in the region to strengthen their national capacities to prevent, protect against, mitigate the effects of, respond to, and recover from maritime disasters.

The United States is in a position to assist its partner nation in building effective preparedness systems. Presidential Policy Directive #8 details an approach that can be exported to South Korea and used as a template to build its own policies corresponding to important documents like National Frameworks for prevention, protection, mitigation, response, and recovery, as well as the National Incident Management System (which includes the incident command system). Borrowing from these approaches may help integrate government authorities with security services, the Republic of Korea military, public health agencies, hospitals, the local Red Cross, and other non-governmental organizations. Emergency preparedness experts in the U.S. Government can provide technical advice and important lessons learned from our own Katrina moment. However, such systems will need to be adapted to be culturally appropriate, fit into the bureaucratic landscape, and be politically and fiscally sustainable in the context of South Korea.

* Relazing Change After the Sewol Sinking was originally published on June 11, 2014

** David Hamon is the Director and S. James Ahn is an analyst at Banyan Analytics, at ANSAR. The views expressed are solely the authors’.