Sharia and the European Union 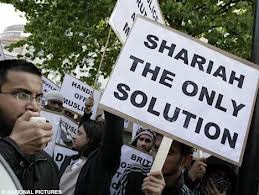 The attempts by European Muslims to enforce sharia have not been diminished by the European Court of Human Rights affirmation that “sharia is incompatible with the fundamental principles of democracy.” In Refah Partisi v. Turkey, in 2003, the court reasoned that sharia diverged so much from Western principles “particularly with regard to its criminal law and criminal procedure, its rules on the legal status of women and the way it intervenes in all spheres of private and public life in accordance with religious precepts.”[1]

The ECHR belongs to the Council of Europe, an organization founded after World War II, which has become the locus of European human rights debates and legislation. As all the EU member states belong to the Council of Europe, ECHR rulings, like those of the CJEU, are valid throughout the EU. In theory, therefore, EU decisions should reflect the substance of ECHR rulings. However, even with regard to women’s rights, the EU has either remained silent or promulgated ambiguous decisions.

The EU Fundamental Rights Agency (FRA), which reports on the state of human rights in the EU, provides a baseline for this conclusion. The FRA identifies a number of key issues of concern, but neither its “The European Union as a Community of values: safeguarding fundamental rights in time of crisis,”[2] nor “Highlights 2013”[3] contains any discussion of the question of sharia in Europe, whether in terms of evading the rule of law, discrimination against women, or violence against women. The EU’s cautious legal approach is unfortunately accompanied by a striking lack of support for individuals seeking to protect women’s rights. Not a single EU official spoke in defense of Ayaan Hirsi Ali, Theo Van Gogh or others who took – and are still taking – great risks to protect Muslim women.

The issue of polygamous marriages provides an illustration of ambiguous EU positions. The EU’s 2003 Directive on family reunification prohibits the reunification of polygamous households where the individual is already married: “In the event of a polygamous marriage, where the sponsor already has a spouse living with him in the territory of a Member State, the Member State concerned shall not authorize the family reunification of a further spouse.”[4] That seems straightforward – if indeed the authorities know that the individual in question is a second or third wife.

Although polygamy is illegal in all EU member states, it probably exists in all of them, and in some has been de facto legitimized. Danish authorities are aware of a number of such unions, and there are probably many more. The Dutch statistical office simply erased second marriages from the register, assuming they were erroneous, while the justice minister announced that polygamous marriages were a subject for dialogue, not legislation. Belgium and Italy acknowledge polygamous unions as legal if contracted abroad,[7] while the German Federal Ministry for Social Affairs in 2004 informed German health insurance agencies that “[p]olygamous marriages must be recognized if they are legal under the laws of the native country of the individuals in question.”[8]

Perhaps the most striking example is that of the British government. In 2008, it authorized social benefits to and recognized the inheritance rights of all members of such families, de facto recognizing them.[9] This produced an outcry. The UK government continued to emphasize that polygamy is illegal, except for marriages entered into in a country where polygamy is legal, and where the marriage parties are domiciled.[10] However, numerous paths exist to continue importing multiple wives, for example as nannies. Or the wives are classified as single mothers, allowing them to receive generous housing and income benefits. As polygamous marriages are typically concluded by means of an Islamic nikah ceremony, performed at home or by a sharia council, the UK authorities remain unaware of them.[11]

The government estimated that some 1,000 legal polygamous marriages exist in the United Kingdom, but has not attempted to measure the unofficial ones.[12] A 2011 media expose estimated at least 20,000 illegal bigamous or polygamous Muslim unions in England and Wales.[13] Assuming the average size of such a family to be 15 people, perhaps some 300,000 people in Britain are living in polygamous families, many if not most at state expense.[14]

European authorities showed themselves sensitive to the plight of the women and children left behind in the home country, but not to the very real damage to their rights resulting from the spread of polygamy in Europe, damage rooted in and justified by sharia law. A similar lack of interest appears with regard to sharia-based violence against women. Once again, the Council of Europe has been active regarding women’s rights, developing a convention against violence against women and domestic violence[15] that entered into force in August 2014.

The convention does not, however, recognize the critical difference between domestic violence and the sharia-justified violence against women, especially honor killings.

As feminist author Phyllis Chesler explains, there are profound differences between the two. Domestic violence is typically committed by an adult man against an adult wife or partner; it is rarely premeditated; and the perpetrator, who may or may not show remorse, is condemned by society. Honor killings, in contrast, are usually of daughters or young women who are seen to have “dishonored” the family. The killings are condoned if not actively supported by other family members; they are usually carefully planned; and the extended family and community valorize the killing and support the murderer, who typically shows no remorse but views himself as a victim.[16]

Muslims are not the only ones to commit honor killings, but they account for most of the cases, which is unsurprising, as sharia law justifies and legalizes such actions. The spread of sharia in Europe suggests that honor killings will continue and will be seen as legitimate by growing numbers of European Muslims, especially those who turn to sharia councils or courts for justice or guidance. Perhaps the EU will address this danger in future; so far, it does not appear to have done so.

The decision by the Austrian government to update its century-old Islamic law could provide the context for examining this issue at an EU level. The new version, passed in February 2015, states that sharia cannot take precedence over Austria law: “Religious societies, religious communities or other subgroups as well as their members cannot set aside the duty to uphold general state norms on the basis of religious requirements or teachings, unless that possibility is foreseen in state law.”[17]

Various Muslim groups expressed dissatisfaction with this law, so that it may be challenged in European courts or raised in the European Parliament, Commission or Council. One can only hope that the outcome would not be as ambiguous as EU positions on forced marriages or polygamy. The Austrian government appears to understand the fundamental challenge that sharia poses to the principle of secularism; how it intermingles matters of church and state while leaving the resolution of any disputes to religious rather than state authorities. The EU is based on secularism, yet its multicultural approach seems blind to this challenge thus allowing sharia to become the law of the land.

[13] Sue Reid, “The truth about polygamy: A special investigation into how Muslim men can exploit the benefits system.” The Daily Mail, Sep. 24, 2011.

[15] “Council of Europe Convention on preventing and combating violence against women and domestic violence.” Istanbul, May 11, 2011. The Convention entered into force on August 1, 2014.