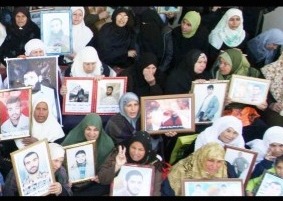 The latest ploy in the Palestinian efforts to whitewash terrorism is the launching of the new Palestinian Prisoner Solidarity Network, Samidoun (صامدون, in English ‘steadfast’), “a network of organizers and activists, based in North America, working to build solidarity with Palestinian prisoners in their struggle for freedom.”

On November 19, 2014, a day after the Jerusalem massacre took place, Samidoun issued a press release, calling the barbaric murderers of five at a Jerusalem synagogue, and who wounded five others, “Palestinian fighters,” saying nothing about the handgun, a meat cleaver and a knife used by these “resisters” against their enemies, praying Jews wearing tefillin and wrapped in the tallit.”

The murderous cousins Ghassan and Oday Abu Jamal, who used handguns, a meat cleaver and a knife, belonged to the terrorist group PFLP (The Popular Front for the Liberation of Palestine), a leftist terror organization, founded in 1967 by George Habash. PFLP has for decades seemed to be behind the International Solidarity Movement, which served to recruit leftists organizations all over the world to support the Palestinian jihad, the most successful of which is the global Boycott, Divestment and Sanctions Movement (BDS) against Israel. Samidoun is the latest effort to launder the bloody Palestinian jihadist, as “fighters” and “political prisoners.”

The distortion of Palestinian terrorism has succeeded in large part through the corruption of the meaning of Western concepts of “human rights”, “freedom” and “democracy” and the use of leftists revolutionary and Islamist/jihadist terminology.

A recent example of this successful propaganda is Israeli Filmmaker Ami Horowitz’s experiment at US Berkley. Waving the Islamic State flag for two hours, shouting, “ISIS is misunderstood. We just want our own state, like America. America and Western imperialism are to blame, not ISIS” and “We ISIS. We are love, we don’t want to harm anybody, we are forced to by American Imperialism, by American Law.” His video showed students nodding in approval, others calling out “Right on” and “Good Luck” and one concerned student cautioned the cigarette Horowitz was holding that smoking is not tolerated on campus. Not one of the thousands who passed by objected, no one argued. When Horowitz began waving an Israeli flag, he was met with loud hostility. ““F*** Israel,” exclaimed one man, “You’re killing kids,” said another. “All of Israel are killers,” added a woman, and one student told him that Israel is “the worst country in Europe.”…

What Horowitz’s experiment also shows is that the anti-Israeli well-oiled Palestinian terrorist marketing campaign has facilitated pro-ISIS propaganda. While inflammatory speech is allowed here, little attention is being paid to the funds Samidoun and the BDS movement is raising to protect the “human rights” of all Palestinian terrorists.