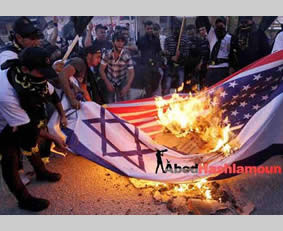 The tremendous success of the Palestinian propaganda machine is underexposed. No other refugee group has been as violent, or attracted such active political and financial support as the Palestinians. Perhaps that’s one of the reasons they refuse to stop their violence against Israel.

Taking advantage of wide-spread anti-Semitic (aka anti-Israeli) sentiments, the Palestinian propaganda machine has succeeded over more than five decades to live off many  hundreds of billions of dollars of outside support. The millions of Syrian and Sudanese refugees, the survivors of the 2004 Tsunami, and the 17 million affected by super typhoon Haiyan in the Philippines in 2013, and millions of other displaced people who are trying to survive and rebuild get the headlines couple of days, sometimes weeks, get some token money and are then forgotten. The Palestinians, however, have been using the money to perpetrate violence and disseminate hatred. And for that they get rewarded financially and politically.

The Meir Amit Intelligence and Terrorism Information Center reports on such a recent award by the Italian “Women in Black” organization, which has been dedicated to supporting the Palestinian violent version of “popular resistance.”

From The Meir Amit Intelligence and Terrorism Information Center

Luisa Morgantini (center), former European Parliament vice president [and founder of the Italian “Women in Black” organization dedicated to support the Palestinians] presents the governor of Hebron with an award for his support of what the so-called “the peaceful popular resistance” (Website of the governor of Hebron, January 2, 2014).

1. On January 2, 2014, an Italian delegation visited Hebron and presented Kamel Hameid, the governor of the Hebron district, with an award proclaiming him the district’s “man of the year for 2013.” The award was from the International Solidarity Movement (ISM)[1] and a Palestinian organization called “Youth Against Settlements,” given for his support of what it called “the peaceful popular resistance” in the Hebron region. The award ceremony was attended by pro-Palestinian Europeans, among them an Italian delegation headed by Luisa Morgantini, an anti-Israel member of the European Parliament who often participates in anti-Israeli activities in Judea and Samaria.

2.  In presenting the award Morgantini said she was proud of the role played by the governor of Hebron in defending and reinforcing “the peaceful popular resistance,” and its stance against the Israeli settlements. She added that the Palestinian “peaceful popular resistance” had led to results in the international arena by its stressing the activities in the Hebron region. She said that the world had begun “to be exposed to the truth of the Israeli occupation and its crimes.”

3. Kamel Hameid thanked her for the award and said that he would continue supporting the “peaceful popular resistance” of which, he said, Mahmoud Abbas was an enthusiastic supporter. He said the delegation’s visit sent a message of strong support for the Palestinian people (Website of the governor of Hebron and Al-Ayam, January 2 and 4,  2014). He also thanked Luisa Morgantini personally, in the name of the Palestinian leadership, the Palestinian people and the residents of Hebron, for her prominent role in defending the Palestinian people in international forums, for telling the world the “truth about the occupation,” and for the many solidarity delegations she had brought to the Palestinian Authority (PA) every year (Bokra.net website, January 3, 2014).

Throwing stones: A windshield shattered by a stone thrown near the village of Azoun (Picture by Sarit Diamant, Tazpit News Agency, October 24, 2013). Right: Palestinians throw stones at IDF forces at a weekly demonstration against the security fence in Bil’in (Bil’in Facebook page, January 3, 2014).

Vehicular attacks: On November 17, 2013, a Palestinian driving a front loader tried to force his way into an IDF base near Al-Ram (southeast of Ramallah). The blade of the front loader slams into the roof of an IDF jeep (IDF Spokesman, October 17, 2013).

Foreigners Participate in the Popular Resistance

6. It was not the first time anti-Israeli foreign activists participated in popular resistance activities in Judea and Samaria. In some cases they are activists belonging to Western NGOs hostile to Israel and participating in the campaign to delegitimize Israel. In certain instances diplomats and parliamentarians, mainly from European countries, have participated in popular resistance conferences held in Bil’in.In isolated cases, they also participate in activities on the ground to defy Israel. On one occasion a French diplomat was documented attacking an Israeli member of the Border Police during an attempt made by Palestinian activists to erect an illegal outpost in the northern Jordan Valley.[3]

7. Luisa Morgantini, who headed the Italian delegation to the most recent ceremony in Hebron, represents Italy in the European Parliament and frequently visits Judea and Samaria. She is consistently hostile to Israel and in the past has attended violent demonstrations against the Israeli security forces. She participated in the Eighth Bil’in International Conference for Popular Resistance, whose objective was to encourage the popular resistance and give it international legitimization.

Portrait of Kamel Hameid, Governor of the Hebron District

8. Kamel Hassan Hameid, born in Bethlehem in 1963, is governor of the Hebron District. During the 1980s he was a prominent activist is Fatah’s youth movement (Shabiba) in Bethlehem. Since 1978 he has been detained by Israel nine times for incitement and political subversion, and spent a total of six years in Israeli jails. In 1991 he was a member of the negotiating team at the Madrid Conference. He has been governor of the Hebron district since 2010. In 2013 he publicly supported voiding the 1997 Hebron Protocol, signed by Yasser Arafat, for the redeployment of Israeli troops, which was supposed to lead to a permanent status agreement by May 1999 (Wikipedia).

9. As governor of the Hebron district Kamel Hameid carries out the PA policy of encouraging the popular resistance and seeks international legitimization for it, but opposes armed military attacks. Throughout 2013 Hameid received dozens of foreign delegations in Hebron and took them on tours, primarily of the old city and Al-Shuhadaa Street. As representing the PA in the Hebron district, he officially sponsored the rally held in Hebron marking the anniversary of the founding of the Palestinian Islamic Jihad (PIJ), a terrorist organization, in October 2012.

10. A Palestinian activist participating in organizing the award ceremony for the Hebron district governor was Issa Ismail Amro, considered the moving spirit behind the Palestinian protests against the Jewish settlements in Judea and Samaria. He heads an organization calling itself “Youth Against Settlements” and is a member of the Hebron branch of the ISM, an anti-Israeli NGO. In the past he was involved with a project organized by an Israeli human rights organization which included distributing cameras to Palestinians living in Hebron to document the activities of the Jewish settlers and security forces in their city. He is also active in hosting foreign delegations in Hebron. In the past he was detained a number of times on suspicion of having committed various felonies, among them attacking policemen and preventing them from carrying out their duties (Shalom Toronto, July 21, 2013). He paid a visit to Italy and formed contacts with members of the Italian parliament, who apparently helped him bring Luisa Morgantini’s latest delegation to Hebron.

11. “Youth Against Settlements” is active primarily against the Jewish settlers in Hebron. According to organization spokesmen, it wages a nonviolent struggle. The organization is currently leading a broad campaign calling for the opening of Shuhadaa Street in Hebron. In July 2013 Sarah Ali, a pro-Palestinian Canadian activists of Pakistani extraction was deported from Israel for her involvement in attacking an Israeli policewoman in Hebron. She was a volunteer activist in “Youth Against Settlements” (Ma’an News Agency, July 21, 2013).

[1]The ISM is an far left anti-Israeli international organization founded by extreme American leftist activists. It belongs to the coalition waging a global campaign to delegitimize Israel and rejects Israel’s right to exist. During the second intifada the ISM specialized in disrupting IDF activities in the Palestinian Authority-administered territories, indirectly supporting Palestinian terrorism. Senior ISM figures founded the Free Gaza Movement (FGM), which played an important role in dispatching flotillas to the Gaza Strip. For further information see the December 7, 2010 bulletin “The International Solidarity Movement (ISM) is a network founded by extreme American leftists and part of the campaign to delegitimize Israel.”

[2] For a full analysis of the popular resistance, see the May 10, 2013 bulletin “The Palestinian Popular Resistance and Its Built-In Violence.”