Rewarding Hamas and the Palestinians 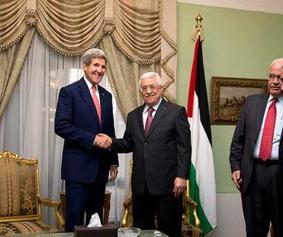 Palestinian terrorists proved, yet again, that killing Jews is a good business.

Each time their attempt to destroy the Jewish State of Israel is defeated, they get billions of dollars to rebuild and re-arm.

Each time they use their own people as human shields, they receive favorable media, which at the same time condemns Israel.

Each time the media condemns Israel for atrocities caused by the Palestinians, the “outraged” so-called ”world donor community” throws ever-growing funds at the Palestinians. Last Sunday, as an apparent “bonus” toward accomplishing the Palestinians’ goal to “wipe Israel off the map,” representatives from 50 countries and 20 regional and international organizations pledged $1.4 billion more than the $4 billion the Palestinians asked for.

For twenty years the Palestinian Authority (and beforehand, the PLO) constantly misappropriated tens of billions of dollars in donations from everywhere. Instead of developing the economy, their leaders used the money to enrich themselves, their relatives and friends, increase their terrorist base, purchase arms, pay for attacks on Israel, fund future martyrs and their families, and mount international anti-Israeli lobby campaigns.

Former PA Prime Minister Salam Fayyad admitted in 2008—and not for the first time—that controlling Palestinian finances “is virtually impossible.” Besides, promises by Fatah leaders to stop funds for Hamas are doubtful at best. Despite Fatah-Hamas disagreements, the PA’s Fatah-led government has publicly admitted it was transferring 40 percent of international donations to Hamas.

None of this seems to bother the Western donors. Not even live footage taken by pro-Palestinian networks of Hamas placing Gaza children as human shields, firing thousands of rockets against Israel, executing people in city squares, as ISIS does, is enough to turn off the money spigot. On the contrary. It seems that each increasingly violent Palestinian attack has worked as an incentive to give more. Why?

Moreover, there are demands that Israel—the victim of Hamas violence—be part of assisting their sworn enemies. This paradox didn’t prevent the UN’s Ban Ki-moon, the EU’s Catherine Ashton and the U.S.’s John Kerry from demanding that Israel be a part of the Gaza rebuilding effort.

President Obama, whose slogan “Yes we can” got him to the White House, has proved again and again that he will not and cannot properly respond to any international crisis. Instead of leading the West in the fight against ISIS and such sponsors of Islamic jihad as Iran, he seems adamant about forcing Israel into submission to Hamas and Palestinians. With only a little over two years left in office, he is running out of time and probably feels some pressure from the Norwegians who prematurely awarded him the Nobel Peace Prize, and who also co-chaired the latest Palestinian fundraising event in Cairo last weekend. Alas, judging by the violence he has helped to create, he is likely to be remembered as the president whose missteps contributed to assisting Palestinian and other terrorist organizations and states.