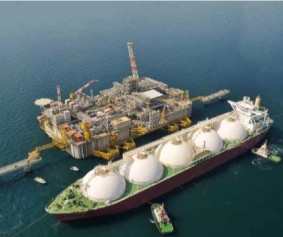 One could wager that these days few recall the works of Bismarck, Mahan, Haushofer, or the once puissant geopolitical theories of the Rimland and Heartland. And more recently, one wonders if even the study and evaluation of Realpolitik is anathema in academe.  With apologies to William James, an amorphous political pragmatism seems to be all the rage.  It is perhaps so because, like many subjects that are now de rigueur, it has no lasting value.

While natural resources have played a peripheral part in geopolitical studies (the location of world-wide coaling stations that serviced the British fleet are an exception), today one could write a very interesting study of the geopolitics of natural resources with chapters on hydrocarbons, copper, gold and silver, and, yes, even that red-headed step-son, coal.

And if one considers the role of nations in that thesis, if there is one nation on earth that seems to have absorbed the study of geopolitics to its great advantage, it is the Qatar micro-state.

Imagine a nation of slightly more than two million people, a desert kingdom whose sore thumb extends into the Persian (qua Arabian) Gulf; a nation surrounded by Arab and Iranian enemies, a being of nothingness, yet whose policies within the last decade have had an inordinate impact on both America and Europe.

In Realpolitik terms, Qatar’s natural gas fields, which are among the largest in the world, provide the single reason for its ability to play a major role in international affairs.  Now wind farms and solar are nice to play with, but when push comes to shove hydrocarbons rule the world and will do so for the foreseeable future. And Qatar is using that single fact to enrich the kingdom. In doing so it has managed to bait the Russian bear and, more by accident than design, it is involved in the effort to force the United States–if not the government at least the hydrocarbon industry–to come to grips with the geopolitics of liquefied natural gas.

Last month Qatargas, the world’s largest Liquefied Natural Gas (LNG) producer loaded its 2000th LNG cargo from Qatar’s storage and loading facility at its Ras Laffan Industrial City.  Of the facility’s four berths, Berth 3 is perhaps the port’s busiest, shipping to customers in Asia, Europe, and the Americas.   The 2000 shipments have occurred in less than five years.  Berth 4 was opened in 2009, and Berth 6 began expanded operations in early 2011. The storage facility has also expanded and its eight LNG tanks can now store an impressive 140,000 cubic meters. And commenting on the achievement Khalid Bin Khalifa Al-Thani (a member of Qatar’s royal family) praised the operation’s impeccable safety record.

Qatar continues to expand operations, and as global demand for gas increases at a faster rate than for that of oil, it is the leader in a hydrocarbon industry that is moving rapidly to increase supply.  Over the next decade a spate of world-wide LNG projects are planned. Qatar is determined to play a large part in Western Europe’s expansion of a LNG supply, one that can provide a less expensive alternative to the natural gas grid dominated by Russia. For the time being, Qatar, along with Trinidad and Norway, are a step ahead, with both Canada and Austrailia moving swiftly to take advantage of the market.  As for the United States and its huge natural gas resource, the government’s dilatory licensing policies have already had an impact on exports. Thus, the dependability of US sources (whether domestic or international) is questionable.

BAITING THE BEAR: THE BULGARIA CARD

In mid-March 2014 Qatar welcomed a Bulgarian delegation which discussed ways in which bilateral cooperation could be enhanced, especially in the energy field.  Given the logistical role that Bulgaria has played as an ally to the United States in its war in Afghanistan, there are many observers who believe it can serve as a potential gateway between southeastern Europe and the Middle East.

Economically underdeveloped, Bulgaria still maintains a stable macroeconomic environment, has low labor costs, a favorable tax environment, and little domestic or foreign debt.  The economy is expected to grow by four percent per annum through the decade; and, to develop its agriculture and food industry, it now seeks to buy gas from Qatar. Thinking big, which would be a change for the Balkans, Bulgaria seeks to lessen the impact that the role of natural gas has in the economies of Greece, Romania, Hungary, Poland, the Czech Republic, and Slovakia. Just how Bulgaria’s talks with Qatar could impact a recent agreement involving the government of Bulgaria and the Russian state-owned energy giant Gazprom–which calls for the construction of the “South Stream” pipeline to supply Bulgaria with Russian natural gas–remains an open question.

During his visit to Qatar, Rosen Plevneliev, President of Bulgaria, met personally with Sheikh Tamim bin Hamad bin Khalifa Al Thani, Qatar’s Emir. During their talk it was stated that Plevneliev would propose the construction of a gas corridor through which Qatar’s LNG could service most of Europe.  Plevneliev visualizes that by using Greek ports LNG from Qatar could be shipped to Bulgaria which would then become a south-north distribution center.  As envisioned, the corridor would replace Europe’s east-west natural gas distribution pattern that presently exists.  Plevneliev is well aware of the current geopolitical environment and its unpredictability, and he has often cited the 2008-2009 gas-pricing disputes between Russia and Ukraine that resulted in the disruption of supplies across Europe.  Now, with the Russian occupation of the Crimea, the European nations must confront the potential of a new gas crisis; undoubtedly, there is a threat to the European economy if for any reason the natural gas that moves through the Ukraine is halted. (See http://www.novinite.com/ )

In reviewing events for 2013, ExxonMobil announced it had expended $42.5 billion in capital spending. Nevertheless, it missed the boat in the United States because it has done little to expand its petroleum reserves through continental drilling for oil and gas.

Still, with respect to its interest in LNG infrastructure, ExxonMobil is an industry leader.  It now claims to have “an extensive global position,” with liquefaction capacity of “approximately 65 million tons per year.” It adds, “This capacity has recently increased significantly with the start-up in Qatar of the four largest producing trains in the world. Each of these trains is 7.8 million tons per year in size.”  In addition it has important ventures in Papua New Guinea, Wales and Italy.

Importantly, it has entered into a joint venture with Qatar Petroleum and has applied new technologies to construct the world’s largest LNG trains and ships, minimizing unit costs and maximizing the value of natural gas from Qatar’s North Field–the world’s largest non-associated gas field.”

And in a virtually unknown arrangement, in 2010 Exxon announced that another 2 billion cubic feet per day of regasification capacity could come online with the opening of the Golden Pass regasification facility with its associated pipeline located on the Sabine-Neches Industrial Ship Channel northwest of Sabine Pass, Texas.  .

Originally, Exxon and ConocoPhillips were but minor partners in Golden Pass, which when built would be among the largest LNG terminals in the world.  Commissioned in 2007, the dominant partner was and continues to be Qatar Petroleum, which has a 70 percent stake in the operation. Originally created to handle the import of 2 billion cubic feet of natural gas per day through its ship docks, the fracking revolution has forced the partners to do some serious re-thinking.  Shipping Qatar’s LNG gas to the United States now seems similar to sending coals to Newcastle.

Faced with that reality, Golden Pass is now moving to add export capability that would give it the ability to both import Qatari and export US LNG–“in response to market conditions.”  As the project now stands, it is to be expanded with Qatar Petroleum and EXXONMobil, the two LNG powerhouses, taking charge.  Golden Pass Products already can make use of available marine berths, terminal facilities, “state-of-the-art” tanks, and pipeline infrastructure.  Building on what exists, the partners would expand the facility’s levee system and enhance safety measures.

Finally, the greatest expense would be incurred in the construction of natural gas pre-treatment and liquification export infrastructure.

Once the improvements are completed, the Golden Pass Pipeline system would also be enhanced by some eight miles of 30-36″ pipeline that would allow the transport of natural gas to several nearby interconnections with interstate and intrastate pipelines that serve the eastern half of the United States.

Ironically, where tiny Qatar can move adroitly when it comes to hydrocarbon infrastructure, the United States behemoth must be prodded with a sharp stick to get it to move. Thus, the anticipated schedule for completion of Golden Pass project is as follows:

While it is possible that events in the Ukraine may speed up the schedule noted above, I’m taking bets that, if Bulgaria and Qatar come to an agreement within the next three months, that project will be completed while the Golden Pass is still under construction (or consideration?).

* J. Millard Burr is a Senior Fellow with the American Center for Democracy.