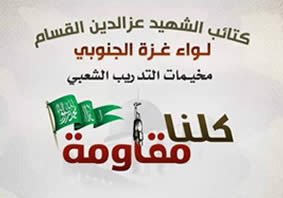 3.   The military training will be given by Izz al-Din al-Qassam Brigades operatives and volunteers will be trained in groups by age: first those 14 to 20 years of age, then older volunteers and finally mature and elderly adults. According to a report, 1,800 young men in the Jabaliya refugee camp have already signed up. The first round of training began on September 27, 2014, and will continue until October 4, 2014. The training is currently being held in the Tareq bin Ziyad mosque in Al-Shejaiya (PALDF, September 29, 2014).

4.   According to the Facebook page of Musa Abu Marzouq, a member of Hamas’ political bureau, he claimed that the so-called “rumors” that Hamas was planning to establish a “popular army” were untrue. However, he added that “Hamas is maneuvering between the approach that says we are part of this society and such a decision needs a national consensus; the fact that says we [live] in the society of resistance, we need a culture, concept and training for resistance to guard our people and protect our homeland…” (Facebook page of Musa Abu Marzouq, September 29. 2014).

5.   It is unclear at this point what the scope of enlistment in the “popular army” has been. Apparently there are signs on the ground (See pictures below), even locally, that it is not a matter of rumor (as claimed by Musa Abu Marzouq). In ITIC assessment, civilians are being trained for the “popular army” to preserve public support for Hamas in the Gaza Strip and to maintain solidarity with the Izz al-Din al-Qassam Brigades, as manifested during and after Operation Protective Edge.

6.   If in fact thousands of Gazans enlist in the “popular army” and are trained to participate in future conflicts with Israel, it may become more difficult to distinguish between military-terrorist operatives and uninvolved civilians, including adolescents and the elderly. Among those Hamas wants to enlist are adolescents under 18 and mature and elderly adults. In addition, an examination of the names of Gazan casualties of Operation Protective Edge indicates the inclusion of 15 and 17 year-olds in the ranks of Hamas and the other terrorist organizations, although the extent of their inclusion is unknown.[1]

Pictures from the First Training Camp 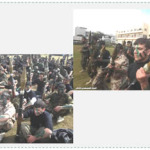 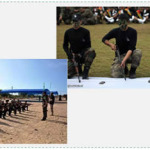 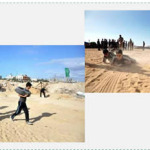 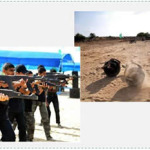 7.   On September 29, 2014, the Hamas forum PALDF posted pictures from the first training camp, currently in full swing. Most of the uniformed participants in the pictures are very young. Their instructors are military-terrorist operatives. They are being trained to use a variety of weapons, including RPG launchers, assault rifles, etc.

[1] For further information see the September 17, 2014 bulletin “The War of Casualties: During Operation Protective Edge children and teenagers were exploited by terrorists as auxiliaries and operatives. The extent of the phenomenon is still unclear.”

* This article was originally posted on September 30, 2014, on the Meir Amit website under the title “Hamas-affiliated media report: the Izz al-Din al-Qassam Brigades has begun establishing a ‘popular army’ for the next confrontation with Israel“