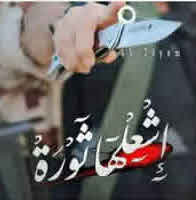 Left: Encouragement for stabbing attacks. The Arabic reads, “Ignite it… the revolution” (Facebook page of “Haters of Israel,” October 17, 2015)

Interim Report: Profile of Palestinians Who Carried Out Attacks in Judea and Samaria in the Current Terrorist Campaign (September 14 – November 15, 2015) – Analysis by ITIC

For the past two months, since the Jewish High Holidays in September, the Palestinians have been waging a terrorist campaign against Israel, which continues in full force. It can be considered to have begun with stones thrown at the car of Alexander Levlowitz near the Armon Hanatziv neighborhood of Jerusalem on September 14, 2015, leading to his death. The campaign gathered steam with riots on the Temple Mount in Jerusalem and spread to Israel, Judea and Samaria, and currently focuses on the city of Hebron and its surroundings.

During the weeks since (as of November 24, 2015), 23 people have been killed in the campaign: 21 Israelis, and an Ethiopian national and a Palestinian who happened to enter the arena of the attacks. In addition, 185 Israelis have been injured, six of them critically (according to Magen David Adom and quoted by the Israeli foreign ministry, updated to November 22, 2015). Ninety-three Palestinians, most of them from Judea and Samaria, have been killed (according to the Palestinian ministry of health in Ramallah, updated to November 22, 2015). In ITIC assessment, several hundred Palestinians have been wounded.[2]

This study continues the initial ITIC profile of Palestinian terrorists who carried out attacks in Jerusalem and inside Israel (updated to October 25, 2015). Its objective is to deepen our understanding of the profile of the attackers in the current terrorist campaign. Another objective is to examine whether and in which areas there are differences between the terrorists who carry out attacks inside Israel and those who carry out attacks in Judea and Samaria. In addition, another study will be issued examining the profile of Palestinians killed during riots and clashes with the Israeli security forces in Judea and Samaria.

Generally speaking, the Palestinian terrorist who attacks the Israeli security forces and Israeli civilians in Judea and Samaria is usually male,unmarried and between the ages of 22 and 26 (although in some instances between the ages of 16 and 20). In some instances he finished high school and was unemployed or found work unsuited to his skills. He does not have a previous record of involvement in terrorist attacks and does to belong to one of the terrorist organizations. He carries out the attack alone after having made the decision, sometimes spontaneously (only in certain instances, usually combined attacks such as shooting attacks, were two or more terrorists involved). The decision is made without instructions “from above,” and sometimes without the knowledge of the family.

Usually, national and religious motivations influence the attacker. However, personal considerations also make a great impact on his decision to risk his life (about 60% of the terrorists who carried out attacks in Judea and Samaria were killed). His decision is influenced by frustration, the desire for fame and the glory achieved by becoming a shaheed, the desire to avenge the deaths of friends or relatives, and exposure to the intense incitement in the media and on the Palestinian street. The continuing terrorist campaign and the deaths of dozens of young Palestinians feed on themselves and are infectious, transmitted from one young Palestinian to another by the social networks (especially Facebook), and also contribute to the motivation of the attackers.

For the Full Report, visit The Meir Amit Intelligence and Terrorism Information Center