Picking Up the Cyprus Geopolitical Pieces 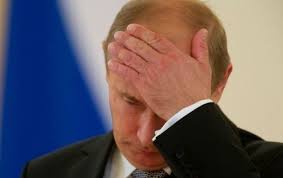 The EU/IMF/Cypriot scheme to raise enough funds to qualify for the €10 billion bailout loan may not be enough. There are already talks about a second bailout. A new bailout will tax all depositors, not only those holding more than €100,000. In the meantime, depositors are limited to €300 in daily withdrawal and to €1,000 when leaving the country.

The week before the bailout scheme was agreed upon, Limassol airport could barely handle the traffic. Eyewitnesses reported a constant stream of small executive planes landing and taking off, as well as sold-out flights. Estimates are that $800 billion left the Island before the banks were shut down last week and capital control was established. Most of money probably left to other, more stable safe havens. Some may even be repatriated to Russia.

While most European and American commentators are focusing on the precedence set by the Cypriot bailout, few, if any, look beyond the financial aspects of this bailout. However, this crisis revealed much more than financial mismanagement and the corrupting effects of money laundering. Putin’s refusal to bail out Cyprus, revealed Russia’s waning power. Sol Sanders* explains this in:

Picking Up the Cyprus Geopolitical Pieces,

It’s early on but some new disturbing geopolitical trends are emerging or being emphasized from the Cyprus Financial Crisis that go far beyond continuing the very real threat to the Euro and the whole economic structure of the European Union.

Offstage, it has exposed the growing deterioration of the Russian regime of Vladimir Putin, dramatizing the question of how the world is to cope with a rapidly diminishing former superpower but one still armed with nuclear weapons and intercontinental ballistic delivery systems.

The foolishness of the Main-Stream Media blather about Moscow using the crisis to reinstall itself as a Mediterranean power, or indeed a major force beyond the confines of Eastern Europe and Central Asia, became quickly self-evident. The fact is that the once vaunted Soviet Black Sea fleet is now a pile of rusting junk, still anchored in Sevastopol by permission of Ukraine. Moscow and Kyiv, where there is now a more Russian-friendly regime, talk of swapping the Kremlin’s gas for Ukraine’s refurbishing this fleet from Ukraine plants is wishful-thinking on both sides.

Moscow, increasingly feeling the heat of competitive lower cost gas producers for its northern monopoly European markets, is being left even further high and dry by the shale revolution’s dynamiting of long-term energy prices. And Stalin did his work well: the dispersal of the Soviet military industrial complex for internal security reasons left a decapitated post-Soviet Moscow vulnerable with its various military manufacturing and test units in a half dozen independent countries now disorganized, disconnected and not always cooperative. Furthermore, the brief Yeltsin Boom detoured young workers out of the former all-powerful Soviet weapons complex and even the Indians are complaining of the quality of Russian exports as the Soviet overinvestment in military technology winds down.

Putin found himself caught between blustering about being left out of Brussels-EU-IMF diktat to the Cypriots and the huge losses Russian oligarchs (perhaps Putin himself and certainly some of his cronies) would have to take in the capital levies directed at moneylaunderers in the Cypriot banks. The MSM has made much of a Russian “base” at Tartus in Syria, but one look at an aerial photograph shows a rather primitive docking facility, unable to service major late Soviet Baltic Fleet additions if still able to unload missiles for the Assad regime. As much as anything else, that accounts for why the Cypriots – cap in hand – were refused assistance in Moscow where they hoped to blackmail the Western creditors with an alternative Russian rescue effort.

Does that mean Russia is “a paper tiger”? Yes, in the sense its conventional warfare ability is limited–as the Georgian War demonstrated so well. Repeated announcements of post-Soviet military reform have wilted in an atmosphere of continuing corruption and lack of leadership. But, unhappily, it means as the regime lapses more and more into a combination of Soviet authoritarianism and traditional Russian Oriental Despotism, its threats in the vacuum created by an Obama Administration abdication of leadership can only be backed by weapons of mass destruction.

There is the always present danger of a strategic or tactical misapprehension. It also means that whatever “flexibility” President. Obama envisaged in his dealings with the Russian leadership, he can do little to stave off the continuing erosion of Moscow’s economy and the loosening of Putin’s domestic hold.

Nor can the Russian dilemma for U.S. (and EU) foreign policy be one that Washington can “lead from behind”. One reason is that the Cyprus crisis also has exposed the weaknesses of Germany, ostensibly the strongest state in the European Union, America’s ally but, until Cyprus, considered Moscow’s confidant and most cooperative partner in the West.

Having profited from its export-led economy as much if not more than any other EU member from the Euro common currency’s contribution to a half century of prosperity, Chancellor Angela Merkel now turns out not to be the political genius she has been reported.

Faced with resentment from German voters–fanned in part by their own leadership, and accusations that they were becoming the cash cow for southern Europe’s profligacy, Mrs. Merkel was caught in a contradiction of her own making. She proposes further economic integration of the European Community – even at the risk of alienating and excluding Britain – with the common sense plea, after the fact, you cannot have a currency union without an integrated economic strategy.

But at the same time, she rejects what other continental monetary unions have always lived with–whether the U.S., Canada or Australia, federal or confederal economic political systems require continued national investments, whether successful or not, e.g., West Virginia, in poorer areas. And time and again, it has been proved–for example, in Italy’s Mezzagiorno–that these investments may not succeed in changing cultures, and, therefore, economic conditions, but are politically necessary to maintain unity.

The hypocrisy, too, of the Germans was very much in evidence. The Greeks before them, as the Cypriots, were lambasted for not demonstrating leadership and standing up to their electoral constituencies for a common sense economic programs. But Chancellor Merkel–along with always authoritarian-minded Brussels bureaucrats–was ready to whack small savers unmercifully in Cyprus, faced with her own upcoming election scramble. Once again, resentment against “a German Europe” is growing along with the Teutons’ own traditional victimization neuroses; it does not bode well for peace and stability in Europe as it never has.

Furthermore, bogged down in its own economic debate, American leadership–always the dominant figure in the post-World War II international theatre–has been sorely missing. One has to ask what was the U.S. position in the International Monetary Fund’s participation in expropiration of Cyprus small savers in defiance of traditional (and constitutional) U.S. protection of property rights. The issue becomes all the more important with Washington holding more than three times the IMF voting power than any other national shareholder and therefore, willy nilly, serving as the pacesetter.

Was this another instance of the Obama Administration’s leading from behind through IMF Director Christine Lagarde, a French citizen (satisfying the old rule that a European heads the international agency) but with her peculiar old personal ties to Chicago?

While many American commentators worried about whether the arbitrary grab of savers could happen here, perhaps an equally important issue was what the crisis would do to the enormous liquidity splashing around the world system as the undeclared currency wars continue. With Japan’s Prime Minister Shinzo Abe now blithely jumping in to print money, the final laps of the race are on.

Surely, even the most astute money-launderers will have new qualms about having their take deposited in one of the more than 70 offshore tax havens around the world, many not only with less than the rule of law it turns out, but subject to international fiat all the same. Not only are they likely to feel the call for new and better controls–and that would include Switzerland, the No. 1 husbander of tax-fleeing riches–but it adds new incentive to remodeling the U.S. tax code. The tens of billions of American multinational dollars now lying abroad–about 40% of total American multinational profit–might well be seduced to come home to pay additional dividends, invest or buy back stock if another “one-time” tax holiday were enacted by the Congress. But, that is a topic for another day.

*A version of this column is scheduled for publication on http://.www.worldtribune.com

10 lessons from the Cyprus bailout