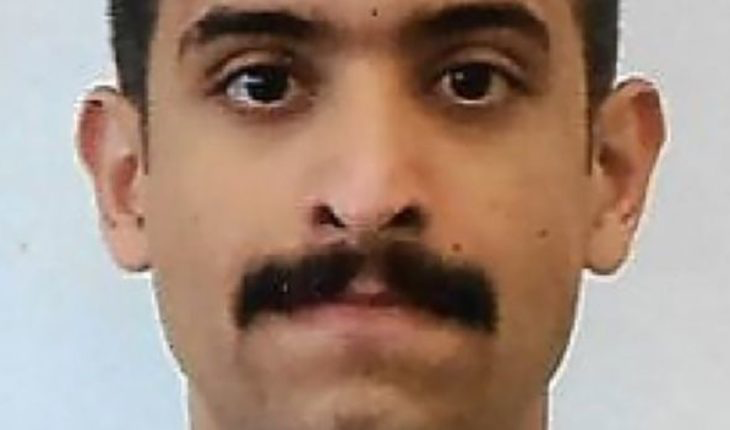 A good friend of mine, who is a keen follower of international and national news, sent me a hasty note early Sunday morning, December 8th, about the shootings at Naval Air Station Pensacola ” the cradle of naval aviation.”

In his note, he said this was all a US intelligence failure.

The Navy, like the Air Force and the Army, takes in foreign soldiers, sailors, and airmen for training.  The training is quite useful: it helps these young men learn American methods, tactics and how our command system works.

There are two significant benefits — foreign airmen, naval officers, and army personnel also get to know their American counterparts and to experience life in our country. We are proud of America and think when people get to know us, they will see the wonderful society we have and the fruits of American hard work.

On top of that, foreign military visitors have the chance to meet with their counterparts from other countries, forging important bonds that are extremely valuable for the future.

It isn’t always a straightforward process.  Sometimes foreign personnel like the United States too much, go AWOL and hide out in America.  Most of the time that ruse does not work and they get caught, often with dire consequences for them and their future.  Other times they meet up with potential adversaries –Greeks meet Turks, Israelis meet Arabs from hostile Arab countries.  But on balance, these meetings and dialogues, sometimes heated, pay off in future for the good. Significantly contacts made in these training fora can be lifelong and, as young men rise in rank in their military jobs, they may meet their counterparts again and even help solve difficult political problems or head off conflicts that, with understanding, can be avoided.

Understanding what happened and why it happened at Pensacola is much more perplexing and we may learn a lot more in the days ahead.

To be sure the vetting process was broken, but there are a lot of questions over where it was broken.

When a foreign officer comes to the United States he or she has to be sent with the recommendation, nomination, and backing of his home military unit, meaning that he or she is regarded as a rising star who is trusted and valuable.

That would have been the case with Mohammed Saeed Alshamrani, 21.  He was a 2nd Lieutenant in the Saudi Arabian Air Force and arrived at Pensacola in 2017.  Surprisingly he obtained a hunting license and used the hunting license to buy a gun, a semi-automatic Glock 9 mm handgun. (We have a lot to learn how he pulled that off, but it suggests he may have had a handler who told him what to do since gun purchasing for foreigners in the US is illegal, but someone, surely not Alshamrani, knew how to find a cheat to get around the restriction.)

Alshamrani is one of over 800 Saudi Arabian military personnel in the United States for training.

According to press reports, Alshamrani did two things of interest.  The first is that before the shooting he traveled to New York, but the reasons for the trip are not clear.  Last year he also went home to Saudi Arabia, and the Saudis are concerned that on his trip home he may have been radicalized.  There isn’t much doubt on that score since he had a Twitter account (now suspended) in which he made statements hostile to the United States and to Israel.

Saudi Arabia is a country under stress and siege.  As a repressive regime with a secretive opposition with an Islamic orientation like al-Qaeda and ISIS, the Saudis have not been able to ferret out the internal threat, although they have tried. The basic Saudi problem is that the regime’s survival is closely tied to Wahhabi clerics who set the moral rules for the country and also act as internal police.  The Wahhabi clerics, who are increasingly unhappy and afraid of being marginalized by the more “modern” approach of Mohammed bin Salman (in Washington known as MBS), could be aiding and abetting local homegrown terrorists, and may also have contacts outside of the Kingdom as they have established mosques and schools abroad, including the United States, but also in central Asia and in Europe.

If it turns out to be the case for Alshamrani that he was radicalized on his visit home, then there are probably others like him in the United States, even at Pensacola.  The fact that some of the Saudis associated with the naval aviation training program have gone missing, suggests there may be more to the entire incident that investigators need to run to ground.  It is possible that some of the Saudi students ran away in fear, but no one knows now if that is so. The missing students could just as well have been implicated in the shootings and for that reason gone into hiding.

But there is an even more important consideration.  The good news in the United States is that the FBI, the intelligence community, and law enforcement here can probably sort through most of this and figure out when Alshamrani was radicalized and who was involved with him.
But of course, the authorities have to look hard because it does not make good sense this was a one-off shooting, and that Alshamrani acted without help. Early stories suggesting he acted alone is so much nonsense. The FBI should not be leaking claims of a lone wolf just as their investigation gets rolling. It smells.

But no matter what US law enforcement concludes, the real issue is not only Pensacola but what is happening inside Saudi Arabia, where it is very likely that ISIS. al-Qaeda or the Wahhabi clerics are conspiring against the regime.  Aside from putting the oil resources of the country at risk (it’s bad enough Iran has openly attacked them), the insider threat inside the Kingdom puts US personnel there at risk and raises the danger of the collapse of an important pro-Western regime, with its wealth, resources and military equipment going to terrorist elements in the Middle East.

Revolution is Revolution and we can’t hide that fact since it is a real possibility and a warning.

This comment has been published on Bryen’s Blog, on December 9, 2019.