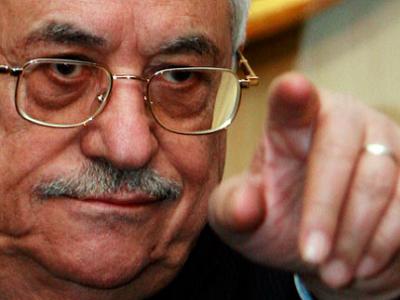 It is slowly becoming clear just how revolutionary is US President Donald Trump’s attempt to change the paradigm for dealing with the Palestinian issue, and how much Israel’s negotiating stance has improved, as well. The plan denies the Palestinians their main political asset: The right to veto, a right which has for decades put them at the center of the world political and moral stage.

They were granted this right even though they are a small nation that can not claim any major constructive achievement over 100 years of corruption, violence, and recalcitrance. Palestinians could have used this status to found a state, supported by enormous international support. Instead, as expected, they chose to wallow in their victimhood, to waste and loot billions, to sanctify terror and sound brazen demands. When they continue to do so today, the loss of this asset makes their behavior seem more pathetic than dangerous.

Their international and regional status gave the Palestinians a veto right in two critical areas – stabilizing the Middle East, and the future of the territories. The first was given to them, ignorantly, by many of the leaders and elites of the West. The second was granted to them, stupidly, by large swaths of Israeli society. In the West, the ignorance and simplification of the political dynamics of the Middle East led to the assumption that the continuation of the Palestinian problem is a deciding factor when it comes to the violence and instability of the region. This, in turn, fed the widespread hallucination to reach a “solution” to this problem, which would be critical in calming that regional instability.

The widely used term “efforts to restore peace to the Middle East” was used worldwide as a nickname of sorts for attempts to settle the Palestinian problem. For a “solution” of this sort to work, it was said, the Palestinians must be appeased. Their continuing refusals eventually paid off, with a dramatic increase in political support, financial aid and “understanding” for Palestinian terror, and also in the delegitimization of Israel and its war against this terror.

Over the past decade, the extreme murderousness of tribal factors across the Mideast proved that the Palestinian issue has nothing whatsoever to do with calming the region, and that “solving” it will neither harm no improve the situation. And when even the Europeans understood the meaning of the “Arab Spring” and the ISIS phenomenon, the Palestinians lost the urban legend of their veto over “peace in the Middle East”.

The veto right on settling the situation in the territories was granted to the Palestinians mainly by good intentioned Israelis, who each adopted their own kind of hallucinations. On the right, many believed that it is possible to realize the right of the Jewish people over all of its historic homeland, despite the presence of millions of Palestinians, with or without full political rights, that would be included in the territory that Israel would rule for good. In the center and left, the majority offered “land for peace”, through which Israel would leave most of Judaea, Samaria, and Gaza in return for ending the conflict.

Both hallucinations give the Palestinians a veto right over the future of Zionism. The hallucinations on the right of including millions of Palestinians in their state would empty of meaning, despite their legal sophistry, the term “Jewish and democratic”, which is the very core of the Zionist enterprise: in a de facto bi-national reality, the Palestinians have this kind of veto right simply due to their massive presence; they won’t even need terror.

The “peace” hallucination in exchange for leaving most of the territory gives the Palestinians an even more straightforward veto right over realizing the Zionist enterprise. All they have to do is keep doing what they have been for the last 100 years: staunchly refuse to end the conflict by demanding the “right” of return, and educating their children in terror and delegitimization of the Jewish state. This way they leave the peace seekers with their eternal presence in the populated land, waiting is futile for their spots to change.

The first step in denying this veto right was taken by Ariel Sharon, who disconnected Israel from two million Gazans during the disengagement from the territory that Israel didn’t need anyway. The second step was taken by Donald Trump, in a plan which basically denies the need for Palestinian agreement and opens the door for Israeli unilateral steps with American support. Israel’s main security problems have been answered; the Palestinians can get a sterilized entity that will be called a “state”, only in the impossible scenario that they accept the Jewish state; the Arab states will protest weakly; and “the international community” will continue to complain.

If Israel acts wisely, without using this rare opportunity only to fall back on one of its two hallucinations, this plan brings great tidings.

*This commentary has been published by Israel Hayom on February 5, 2020.

previous post Why do they hate Israel?
next post A new perspective on the Jordanian option following Trump's peace plan*
Back to top
mobile desktop