Palestinian Violence on the Rise, Again. 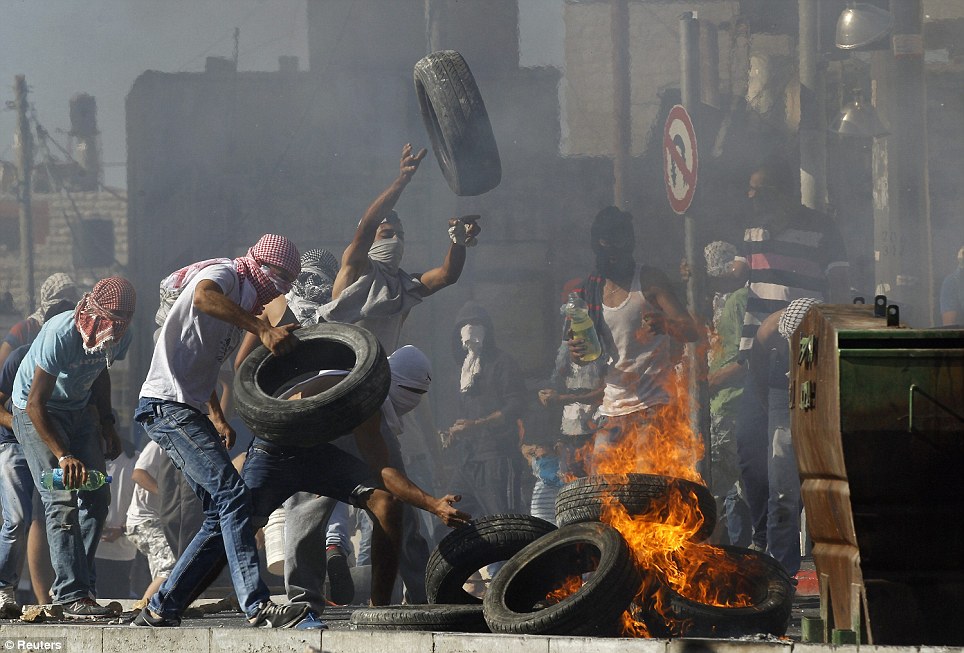 Following in Yasser Arafat’s footsteps, Palestinian leader Mahmoud Abbas used an international stage to unleash yet another round of terror attacks against Israel.

As international criticism against his personal corruption mounted, Arafat used the conclusion of the Camp David meeting on July 25, 2000, to launch the Second Intifada. Earlier that month, Imad Faluji the Palestinian Authority’s communications minister

told a PLO rally in the Ein Hilwe refugee camp in South Lebanon, that as part of that plan all the PLO “military action groups of the 1960s 1970s and 1980s are returning to work to escalate the fighting against Israel.”

His predecessor Abbas, used his speech at U.N. General Assembly on September 30, 2015, in which he declared his intention to unilaterally establish a Palestinian state, thus abandoning the Oslo Accord, to instigate escalation in the deadly attacks against Jews in the West Bank, Jerusalem and even among Israeli Arabs. Abbas probably hopes that the violence and political chaos would mask Hamas harsh criticism against him and his government.

Abbas may be also relying on international condemnation of Israeli efforts to stop the terror attacks. U.N. Secretary General Ban Ki-moon, acted accordingly, announcing he was ” “profoundly alarmed by the growing number of deadly incidents in the West Bank, including east Jerusalem.” True to form, the U.S. Department of State called “on all sides to take affirmative steps to restore calm and avoid escalating the situation.” And the BBC, as usual, portrays Palestinian terrorists killed after murdering Jewish pedestrians as victims.

At the U.N. Abbas has set the stage for supporting Palestinian violence, claiming stoning, stabbing and shooting are acts of “peaceful resistance” by desperate individuals protesting against “Israeli occupation.” He did not mention, however, that the Palestinian Authority that he leads, as Arafat has done before him, glorifies those who attack Israel, as national heroes, and financially rewards them and their families.

In a latest development the Palestinian news agency Wafa quoted Abbas as telling officials: “We are telling our security forces, our political movements, that we do not want an escalation, but that we want to protect ourselves.”

This came after the Israeli police, despite growing Palestinian violence lifted restrictions on Muslims to attend prayers at the Al-Aqsa mosque in Jerusalem. If past Palestinian terror attacks against Israel are of any indication, Abbas, the PLO Hamas and the Palestinian Jihad will increase their violence to “liberate” Jerusalem.” And John Kerry who no longer frequent Geneva and Vienna, may be traveling to Ramallah instead, to once again put more pressure on Israel to give in to the Palestinians and give up its territory and the security of its people.