On the State of the Confusion* 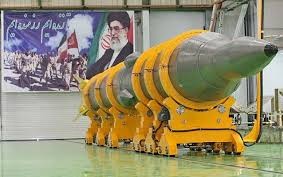 The State of the Union Address was notable in that it provided nothing new-and misrepresented a number of important matters. The President’s threat to veto legislation calling for sanctions on Iran if they do not cease their development of nuclear weapons was extremely counterproductive and raises the stakes for assuring as quickly as possible that we defend against Iranian nuclear armed ballistic missiles that could create an existential electromagnetic pulse (EMP) threat.

Out of some strange sense of duty to the office if not the man, I watched the President’s State of the Union (SOTU) speech last week-and have been struggling ever since to figure out what to say about that mostly self-aggrandizing aggregation of misrepresentations and outright lies. So bad were they that even the Washington Post carried a “fact checking” account of “some” of President Obama’s-as they wrote-more “fact-challenged claims,” sans their usual tally of “Pinocchio” awards. For an excellent, if more polite than I would provide, summary, Rachel Ehrenfeld’s comments on the President’s deception on ACD’s Blog.

I cannot restrain voicing my concerns about one of his pronouncements which has received little notice-his threat to use his “veto pen” to block legislation that imposes sanctions on Iran as it inevitably beats a well-understood path toward gaining an ability to build nuclear weapons that can be used to attack Israel (the Little Satan) and the United States (the Great Satan).

Such legislation with bipartisan support has been proposed-and hopefully still will be considered; if passed, it should strengthen the hand of those seeking to negotiate restraints on Iran’s programs to develop nuclear weapons-not that I have any confidence in the likely success of those negotiations, as elaborated below.

But first, why would President Obama not welcome such support? Short answer: It doesn’t fit his model of preemptive concessions-in my view as a previous arms control negotiator a terrible mistake, though not an unprecedented one.

Haven’t We See This Play Before?

I spent five years as President Ronald Reagan’s Negotiator with the Soviets and know the value of bipartisan Congressional support to negotiating from a position of strength to achieve agreements that support our national security interests.

The older heads among you will recall that President Reagan refused for many months to begin negotiations with the Soviets, until after he had reversed the hollowing out of our military and deterioration of our strategic forces that he inherited from the Carter administration. He pursued an agenda of “Peace through Strength” and that was his basis for negotiations. Would that President Obama followed Reagan’s approach, rather than one even more damaging than President Carter’s “blame America first” policies!

Another distinction is that President Reagan also rejected the pursuit of arms control for the sake of arms control-which had previously been the negotiating objective of our “détente” policies, and which now seems to be an “on steroids” fit with the Obama “lead from behind” approach, coupled with policies of appeasement and preemptive concessions. Reagan rejected the agenda of the Strategic Arms Limitation Talks (SALT) that previously only legitimized the growth in offensive nuclear arms while preventing us from deploying effective defenses for the American people.

Instead, he-and we-sought significant reductions in strategic offensive arms in his Strategic Arms Reductions Talks (START) while reversing the restraints on strategic defensive systems-to enable the products of his Strategic Defense Initiative (SDI), which I was later privileged to lead-and which laid the foundation for our current ballistic missile defenses. Thanks to President George W. Bush, we are free of the 1972 anti-ballistic missile (ABM) Treaty that prevented even the development and testing of the most effective ballistic missile defenses for the American people.

It should not be news to those observing today’s unfolding events that the Obama administration has regressed to a pre-Reagan arms control agenda-it is an insult to call the 2010 Obama Treaty a New-START Treaty. Indeed, its framework is worse than President Carter’s SALT II Treaty which was withdrawn because the Senate would not have approved its ratification.

In spite of its shortcomings, the Obama Treaty was ratified because of the support several Republicans who should be remembered for their lack of wisdom. It legitimized a major modernization and build-up of Russian nuclear arms-including of the sort we rejected in START, while requiring the U.S. to dismantle many of its nuclear arms. Now the President appears to be reneging on the commitments he made to modernize U.S. atrophying strategic forces in return for the Republican votes that permitted ratification of this undesirable treaty. (Anyone surprised?)

To make matters worse the Obama administration is seeking further unilateral constraints and pursuing his ill-conceived, naïve nuclear abolition agenda. In this context, I am concerned that his recent threats to use his “pen” and phone to execute executive orders-reinforced in his SOTU speech-will circumvent the Constitutionally assigned role of the Senate in the ratification of arms control treaties, by whatever names they are called.

Congress must pay close attention to this concern in scrutinizing our future negotiations with Russia-which are de facto linked to concerns about the Obama administration’s diplomacy in the Middle East-especially since its Syria deal last year ceded a major if not dominant leadership role to Russia’s President Vladimir Putin.

In my opinion, that is the context for considering President Obama’s SOTU threat to veto any legislation that imposes new sanctions on Iran. The President and his lieutenants don’t want anything to interfere with his “leading from behind” agenda in the Middle East.

Implications For Our Talks With Iran?

I argued on September 24th that If negotiations with Iran resumed, Western leaders should increase their current leverage-sanctions and credible military threats. Regrettably, the Obama administration has not followed that Reagan “peace through strength” approach. And now we are facing an imminent Iranian nuclear threat.

The administration alleges to be closing on a deal with Iran that seeks to prevent an Iranian nuclear capability via stages-interim steps leading to a comprehensive agreement. Imposing sanctions now would no doubt appear to “poison” the atmospherics, and I think “atmospherics” is what the current negotiations are all about. The administration’s negotiating approach simply prefers an “all carrots” rather than a “carrots and sticks” approach.

We’ve heard it all before in the strategic arms arena during the détente era.

It did not work then-and it isn’t likely to work now.

We anticipated in email messages when Hassan Rouhani became Iran’s President that his alleged more moderate approach was all for show to stall for time for Iran to complete its plan to develop nuclear weapons. Unfolding events since then strongly suggest that we are seeing nothing more than a repeat performance for the successful delaying tactics he openly bragged about in negotiating time in 2003-2005 to acquire and set in motion a critical mass of centrifuges for processing uranium.

Now, Iran is nearing a nuclear capability and spokesmen for the Supreme Leader Ayatollah Ali Khamenie are no longer even subtle about the status of the negotiations.

In his January 22nd CNN interview with Fareed Zakaria, Rouhani claimed sanctions were illegal and emphasized that Iran will not destroy any of its existing centrifuges-and he also indicated that Iran would not shut down its heavy water reactor at Arak which could produce plutonium to make a bomb. Iran’s Foreign Minister, Mohammad Javad Zarif, also told CNN’s Jim Sciutto on January 22nd that, contrary to Washington’s claims, Iran “did not agree to dismantle anything.”

And that timeline is shrinking, while the negotiations continue, fueled by previous U.S. concessions that reduced the previous sanctions that brought the Iranians to the negotiating table. As Israeli Prime Minister Benjamin Netanyahu said at the time, this was a very bad deal-now clearly exposed to have accomplished nothing.

President Obama’s SOTU veto threat amounts to a doubling down on an appeasement policy of preemptive surrender. Clearly, he is resigned to a limited path of resistance that at most slows Iran’s efforts to gain a nuclear capability, one that leaves the initiative entirely in the hands of Iran’s leaders.

Implications for Israel and America.

This is not good for Israel-and, whatever President Obama says about “protecting Israel’s back,” he has left the Israelis largely on their own to deal with the prospects of a nuclear armed Iran. And our peripatetic Secretary of State isn’t helping with his current pressures on Israel to accommodate Palestine Liberation Organization (PLO) demands in another interim roadmap agreement destined to fail again-never mind the other ingredients of the boiling cauldron in the Middle East-including Russia’s meddling and alleged partnership.

And don’t imagine that Israel is the only nation threatened by soon to appear Iranian nuclear arms. The United States is as well-particularly when such weapons are mated to ballistic missiles that can be launched from Iran or off our coasts to attack us. As we have repeatedly pointed out we have significant vulnerabilities-particularly from a high altitude nuclear explosion over the United States that creates an electromagnetic pulse (EMP).

I again repeat for emphasis: If/when Iran gets nuclear weapons and can mate them to ballistic missiles that they already have, they will pose an existential threat to the United States in any of the following ways:

* Nuclear-armed ICBM attacks over the North Pole-we need to strengthen our current defenses, especially for the Eastern Seaboard; congress is aware of this problem and pressing for improvements.

* Nuclear-armed satellite attacks over the South Pole-we are vulnerable to this mode of attack, which Iran (and North Korea) may have practiced; and this clearly possible threat appears to be being ignored.

* Nuclear-armed short, medium, or intermediate range missiles launched from vessels off our coasts-we are vulnerable to this mode of attack, but could employ Aegis ships normally near or on our coasts to provide limited defenses if we trained their crews to do so. Aegis Ashore sites, like those to be built in Romania and Poland, also could address this problem. The administration is supposed to address this issue in 2014 in response to a congressional directive.

* Nuclear-armed short, medium or intermediate range missiles launched from the south-from the vessels in the Gulf of Mexico or from Latin America-and we are totally vulnerable and will require the deployment of effective defenses to counter such attacks. Aegis Ashore sites could provide this defense. The administration is also supposed to address this issue this year in response to the same congressional directive.

The EMP from any of these attack modes could cause irreparable damage to the key large transformers of the electric power grid-and under certain well-known conditions that could cause a complete failure of the electric power grid for an indefinite period. The ultimate result anticipated by credible experts could be that the consequent chaos would lead to the death of several hundred million Americans within the following year.

Thus, it is very important to harden the electric power grid so that if an attacking missile gets through the defense and detonates its nuclear weapon high above the United States, we will not lose our electric power indefinitely. If we can accomplish this hardening of the electric power grid, then we will have a good chance of reinstating other critical infrastructure upon which our survival depends. Such hardening will also protect us against EMP from the solar storms.

In addressing these concerns, it should be emphasized that the federal government’s first duty is to provide for the common defense. Providing effective missile defenses and hardening the electric power grid as quickly as possible should be a national priority.

We should “Hope for the best, but prepare for the worst.”

*A version of this article has appeared on the High Frontier website.