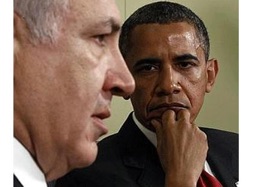 As an Israeli familiar with U.S.-Israeli relations, I would like to set the record straight on President Obama’s recent comments in The Atlantic and at the Adas Israel synagogue. First, let me stress the shared values that anchor the U.S.-Israel relationship, as well as the gratitude I and every Israeli feel for the president’s unwavering support for our country. I also want to make clear that I have no issue with the president’s public criticism of our policies, even if it reveals differences between our two countries. We’ve gotten used to the criticism, and our relationship is strong enough to endure it. With that said, though, there are a few things I need to get off my chest.

During the recent Israeli elections, Prime Minister Netanyahu’s statements regarding the possibility of a Palestinian state and Arab Israeli voters triggered a global uproar, leading the prime minister to quickly issue the necessary clarifications. Nevertheless, the president accused the prime minister of betraying Israel’s core values, which he attributed to the likes of the kibbutzim and Moshe Dayan. The president’s statements betray a lack of understanding of both the past and present. Moshe Dayan and Netanyahu, for one, were not that different. Both were eager for peace, but at the same time realistic about the need for security due to the Palestinian refusal to accept the Jewish state. Dayan opposed a retreat to the 1967 borders, and in his famous eulogy for Roi Rotberg, he warned against making dangerous concessions. Obama also referenced Golda Meir, who famously denied the existence of the Palestinian people.

President Obama’s anger toward Netanyahu is misplaced, especially given his extraordinary lack of criticism of Palestinians for far more egregious behavior. The Palestinians, after all, are the ones who refused to accept the president’s formula for extending the peace negotiations. It is Mahmoud Abbas and the Palestinian Authority (PA) who have called for “popular resistance,” which has led in recent years to stabbings, stonings, and attacks with cars and Molotov cocktails against Israelis. Since the PA ended the peace negotiations, there has been a sharp increase in attacks and casualties in Israel. Hamas, for its part, openly calls for the extermination of Israelis and sacrifices a generation of children towards that goal.

In response to these threats, all the president had to say at Adas Israel was that “the Palestinians are not the easiest of partners.” Rather than recognizing how fundamentally different Palestinian political culture is, the president offered slogans about how Palestinian youth are just like any other in the world. This is a classic example of the mirror-imaging—the projection of his own values onto another culture—that has plagued most of his foreign policy.

This excerpt from the president’s speech in Jerusalem in 2013 is emblematic of his mirror-imaging, and the problems with that perspective:

“… I met with a group of young Palestinians from the age of 15 to 22. And talking to them, they weren’t that different from my daughters. They weren’t that different from your daughters or sons. I honestly believe that if any Israeli parent sat down with those kids, they’d say, I want these kids to succeed; I want them to prosper. I want them to have opportunities just like my kids do. … Four years ago, I stood in Cairo in front of an audience of young people—politically, religiously, I believe that they must seem a world away. But the things they want, they’re not so different from what the young people here want. They want the ability to make their own decisions and to get an education, get a good job; to worship God in their own way; to get married; to raise a family. The same is true of those young Palestinians that I met with this morning. The same is true for young Palestinians who yearn for a better life in Gaza.”

Yes, we want a prosperous life for our neighbors, but unlike the president’s daughters, there are some Palestinian children who are educated to have a completely different set of priorities. Our core values are life, liberty, and the pursuit of happiness in this world, but Hamas proclaims “We love death more than you love life.” Happiness will be reached in the next world, according to the Hamas ideology.

So why does Obama pick on Netanyahu and not on Abbas? The most likely reason is directly related to a conflict in the West between two schools of thought, both dedicated to defending democratic and Judeo-Christian values: Optimism and realism. Obama is a remarkable proponent for the optimist approach—he fundamentally believes in human decency, and therefore in dialogue and engagement as the best way to overcome conflict. He is also motivated by guilt over the West’s collective sins, which led, he believes, to the current impoverishment of Muslims in general and Palestinians in particular. He believes that humility and concessions can salve the wound, and Islamists can be convinced to accept a global civil society. “If we’re nice to them, they’ll be nice to us,” Obama thinks.

Netanyahu, on the other hand, is a realist. Due in part to Israel’s tumultuous neighborhood, he has a much more skeptical attitude of Islamists, such as the Muslim Brotherhood and Iranian President Rouhani’s government. Netanyahu does not see these groups as potential moderates, willing to play by the international community’s rules; instead, he acknowledges their radicalism, and their intent to undermine a world order they consider a humiliating insult to Islam. The major difference between the Islamists and the extremists, according to Netanyahu, is one of timing. The Islamists are willing to wait until the time is ripe to overthrow the existing world order.

Western realists worry that optimists are actively aiding Islamists in the naïve hope that they will block out the extremists. The realists believe that a resolute stance, with the use of military force as an option, is the best way to achieve agreed-upon Western goals. Obama both prefers the optimist approach and believes that his hopeful dialogues will achieve the best possible outcome. Netanyahu, on the other hand, whose nation would feel the most immediate consequences from Western concessions, does not have the luxury of optimism.

This helps explain why Obama targets Netanyahu for criticism. The prime minister’s insistence on the dangers of the optimist approach threatens to expose the inherent weakness of Obama’s worldview and challenge the president’s assumption that his policy necessarily leads to the best possible solutions. For Netanyahu and almost everybody in Israel, as well as pragmatic Arabs, the president’s readiness to assume responsibility for Iran’s future nuclear weapons, as he told Jeffrey Goldberg, is no comfort. The realists are not playing a blame game; they are trying to save their lives and their civilization. To those who face an existential threat, Obama’s argument sounds appalling.

Let’s return to the disagreement over the Palestinian issue. Netanyahu has not altered his basic attitude towards the vision of “two states for two peoples, with mutual recognition.” The prime minister remains committed to his Bar-Ilan address, and is interested in directly negotiating with the Palestinians in order to make this vision a reality.

Yet, is it reasonable to expect the realization of this vision any time soon? Abbas rejected Obama’s formula for continued negotiations because it required recognition of Israel as the nation-state of the Jewish people; he formed a unity government with Hamas; and he promoted Palestinian interests unilaterally in the international arena by joining the International Criminal Court, among other organizations, thereby breaching the Oslo Agreements.

Does it make sense for Israel—in the face of an aggressive Iran, the rise of Islamic terror organizations across the Middle East, and the fragmentation of Arab states—to deliver strategic areas to the fragile and corrupt PA, just to see them fall to extremists?

Should Israel at this moment aid in the creation of a Palestinian state, half of which is already controlled by extremists who last summer rained down thousands of rockets on Israel, while its leaders urge their people to reject Israel as the sovereign nation-state of the Jewish people? Should it aid a movement that follows these five pillars: 1) There is no such thing as the Jewish people; 2) The Jews have no history of sovereignty in the land of Israel, so the Jewish state’s demise is inevitable and justified; 3) The struggle against Israel by all means is legitimate, and the means should be based simply on cost-benefit analysis; 4) The Jews in general, and Zionists in particular, are the worst creatures ever created; And 5) because the Palestinians are victims, they should not be held responsible or accountable for any obstacles they may throw up to peace?

In short, even though Israel, under Prime Minister Netanyahu, remains committed to the formula of “two states for two peoples, with mutual recognition,” the implementation of this idea at this point is irrelevant. The PA’s poor governance and the general turmoil in the Middle East render any establishment of a Palestinian state right now unviable. President Obama admitted as much, reluctantly, but continued to criticize Netanyahu instead of betraying his optimist paradigm. Netanyahu’s realism would stray too far from the path Obama, and other Western leaders, have set in front of them. But while Obama and the optimists offer their critiques, Netanyahu and the realists will be on the ground, living with the consequences the optimists have wrought.

*This critique was published by The Atlantic in Jeffrey Goldberg’s “A Critique of Obama’s Understanding of Israel” on June 1st, 2015

**Yossi Kuperwasser, a former chief of Intelligence Research at the IDF, and until recently as director general of the Ministry of Strategic Affairs