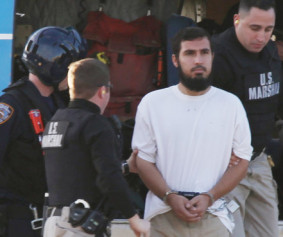 Once again, the tanks-have-rolled left and the black-helicopters right have joined together in howls of protest. They were set off by last week’s revelations that the U.S. government has been collecting data that disclose the fact, but not the content, of electronic communications within the country, as well as some content data outside the U.S. that does not focus on American citizens. Once again, the outrage of the left-right coalition is misdirected.

Libertarian Republicans and liberal-progressive, if you prefer-Democrats see the specter of George Orwell’s “1984” in what they claim is pervasive and unlawful government spying. These same groups summoned “1984” in 2001 after passage of the Patriot Act, in 2008 after renewal of the Foreign Intelligence Surveillance Act, or FISA, and many times in between and since.

Regrettably, those best positioned to defend such surveillance programs are least likely to do so out of obvious security concerns. Without getting into detail here, intelligence agencies, with court authorization, have been collecting data in an effort that is neither pervasive nor unlawful. As to the data culled within the U.S., the purpose is to permit analysts to map relationships between and among Islamist fanatics.

For example, it would be helpful to know who communicated with the Tsarnaev brothers, who those people were in touch with, and whether there are overlapping circles that would reveal others bent on killing and maiming Americans-sort of a terrorist Venn diagram. Once these relationships are disclosed, information can be developed that would allow a court to give permission to monitor the content of communications.

As to monitoring content abroad, the utility is obvious. At least one conspiracy-headed by Najibullah Zazi and intended to maim and kill New York City subway riders-was disclosed through such monitoring and headed off. Zazi, arrested in 2009, pleaded guilty and awaits sentencing.

Because intelligence does not arrive in orderly chronological ranks, and getting useful data is an incremental process that often requires matching information gathered in the past with more current data, storing the information is essential. But, say the critics, information in the hands of “the government” can be misused-just look at the IRS. The IRS, as it happens, has a history of misusing information for political purposes. To be sure, there have been transgressions within intelligence agencies, but these have involved the pursuit of an intelligence mission, not a political objective.

Consider also that in a post-9/11 world all of those agencies live in dread of a similar attack. That ghastly prospect itself provides incentive for analysts to focus on the intelligence task at hand and not on political or recreational use of information. And the number of analysts with access to the information is not terribly large. The total number of analysts in the intelligence community, though certainly classified, appears to be a few thousand, with those focusing on terrorism likely a limited subset.

Given the nature of the data being collected and the relatively small number and awful responsibility of those who do the collecting, the claims of pervasive spying, even if sincere, appear not merely exaggerated, but downright irrational. Indeed, psychiatry has a term for the misplaced belief that the patient is the focus of the attention of others: delusions of reference.

Some wallow in the idea that they are being watched, their civil liberties endangered, simply because a handful of electrons they generated were among the vast billions being reviewed in a high-stakes antiterrorism effort. Of course, many are motivated politically or ideologically to oppose robust intelligence-gathering aimed at fending off Islamist terrorism. Criticism from that quarter can be left to lie where it fell.

Nor do these programs violate the law. Start with the Constitution. The applicable provisions lie in two clauses in the Fourth Amendment. The first bars “unreasonable searches and seizures.” The second provides that “no Warrants shall issue, but upon probable cause” established by affidavit, and it requires that warrants describe with particularity what or who is to be seized, and from where.

Notice that the first clause does not forbid warrantless searches, only unreasonable ones. And the second simply creates a warrant requirement that is read, with some exceptions, to bar evidence at trial if it is obtained without a valid warrant. The first clause has been read to protect the content of communications in which the speaker has a reasonable expectation of privacy-telephone conversations being an obvious example. It does not protect the fact of communications. Even in routine cases, prosecutors may obtain permission from a court to monitor the source of incoming calls and the destination of outgoing calls, as well as their date and duration, solely by averring that the information has to do with a criminal investigation.

The Founders were practical men who understood the need for secrecy. Indeed, they drafted the Constitution with windows and doors closed against prying eyes and ears even in sweltering summertime Philadelphia, lest their deliberations be revealed-not only prematurely, but at all. They realized that the free exchange of ideas was crucial to the success of their awesome project, and that it could only be inhibited by the prospect of disclosure, whether future or present.

They also understood that the nation could not survive without preserving its secrets. Article I, Section 5 of the document they created requires that “Each House . . . keep a journal of its proceedings, and from time to time publish the same, excepting such parts as may in their judgment require secrecy.” The Founders well understood the difference between government by consent and government by referendum.

Even zealots do not dispute that the Patriot Act, as amended, authorizes the Foreign Intelligence Surveillance Court that was established under FISA to grant permission to gain access to the information at issue here. As to intercepting the content of foreign communications, I think it is best put starkly: The Constitution and U.S. laws are not a treaty with the universe; they protect U.S. citizens. Foreign governments spy on us and our citizens. We spy on them and theirs. Welcome to the world.

Real damage was done last week by Edward Snowden, who on Sunday claimed credit for leaking the secrets he learned while working for NSA contractors. Every time we tell terrorists how we can detect them, we encourage them to find ways to avoid detection.

Further, the current administration’s promiscuous treatment of national secrets suggests that the current disclosures will beget others. Recall the president’s startling boast in May 2011 that Osama bin Laden‘s hideout had yielded a trove of valuable intelligence, which alerted anyone who had dealt with bin Laden and thereby rendered much of that material useless. Recall the June 2012 newspaper stories describing U.S. participation in implanting a malware worm called Stuxnet in Iran’s nuclear facilities, reports that even described White House Situation Room deliberations. And summon to mind also the president’s obvious discomfort as he defended-sort of-the programs now in question. There is little doubt that we will be treated to further disclosures to prove that these programs were successful.

If the current imbroglio opens an honest discussion of the legitimate need for secrecy in a fight against seventh-century primitives equipped with 21st-century technology, it may eventually prove to have been worth the cost, but I’m not laying down any bets.