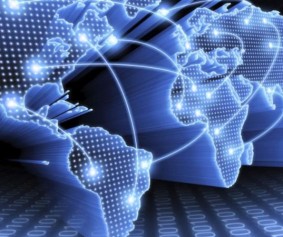 An Iranian linked hacker claimed to infiltrate the Israeli Defense Force (IDF) servers last week. The group, calling itself the Islamic Cyber Resistance (ICR), claims to have extracted personal details of top army officers. They posted the information they gathered, included job titles, passwords, postal and email addresses, phone numbers, and military codes of more than 2,000 Israeli officers onto its website. The group mentioned they conducted the cyber-attack as a response to the December 4 assassination of the Hezbollah member, Hassan Laqiss (an act Iranian supported Hizbollah blamed Israel for). ICR appears to have branches in Algeria, Saudi Arabia and Iran. The group also hacked into the servers of the Saudi army and stole information about Saudi officers, as well as stolen classified documents.

The Washington Post published on December 23, 2013, while some agencies may see staffing reductions to cut costs, one area of federal growth is cyber security. The Department of Homeland Security (DHS), in charge of preserving the federal civilian “.gov” domain, are quick to hire illustrated by recent legislation. The latest proposed amendment to the Homeland Security Act of 2002, requires the DHS secretary to regularly asses the readiness and capacity of the agency’s cyber workforce to meet its cyber security mission and develop a comprehensive strategy to enhance readiness, capacity, training, recruitment and retention of the cyber workforce, including a five-year recruitment plan and 10-year projection of workforce needs. By contrast, the Pentagon seems to be having more success staffing the U.S. Cyber Command and uniformed services cyber command, primarily because they can commandeer uniformed personnel. The Army is building a new cyber command center in Fort Meade, Maryland, eventually planning on housing 1,500. This will result in a worldwide cyber corps of 21,000 soldiers and civilians. By 2017, the Air Force will add more than 1,000 uniformed cyber forces to its 6,000 experts now working at the Air Force Space Command.

FSB is starting to investigate incidents in cyber spheres

Due to the adoption of the law act by the State Duma on the 11th of December, regarding the expansion of power of the Federal Security Service (FSB) two weeks ago, the Federal Council of Russian Federation decisively passed the law expanding the powers of the FSB. Henceforth, the FSB will not only investigate incidents in the military, economic and environmental fields, but also in the information and cyber spheres. The law will come into force only after President Vladimir Putin signs it, expected to occur at the end of December. The main reason for the amendment of FSB power is because “activation of interstate information warfare” and the “spread of malicious software, which are used as information warfare,” the FSB officials explained are becoming problematic and need similar attention previous FSB topics received.

Cyber war in Syria is accelerating

A study conducted by the Electronic Frontier Foundation and Citizen Lab, revealed Pro-Assad groups are targeting opponents using sophisticated malware and social engineering attacks. Those attacks trace back to 2011 and use social media manipulation through YouTube, Facebook and others, in order to trick opposition fighters into giving them access to their computers. This access enables them to follow and manipulate the opposition forces.

Qatar announced cyber-security as one of its top research priority

Growing concerns and past cyber-attacks, led Qatar to mark cyber security alongside water and energy security as a research priority. Part of this policy includes cooperation and data sharing among the Gulf States, as well as setting up early warning systems to ward off cyber-attacks on key assets. The research focuses on the types of attacks used to shut down the oil and gas industry, the technologies being used, and where such attacks originate.

According to a government source, Japan is in discussions to decide if they should gain the ability to counter cyber-attacks made by foreign nations. This decision includes the ability to hit a server in self-defense if the government computer systems were under attack. Japan is examining deterrents to cyber-attacks, which have become increasingly sophisticated recently. The government’s plans would build a “cyber-defense task force” for March 2014. According to the Japanese government, they plan to cooperate with the United States, which has some of the most sophisticated technological countermeasures globally. The Cabinet of the Japanese Prime Minister Shinzo Abe, declared the government will “examine a policy option for obtaining a capability to obstruct an enemy’s cyberspace use.”

In October, the U.S Defense Secretary, Chuck Hagel, and his Japanese counterparts, Defense Minister Itsunori Onodera, already declared Japan and the U.S. governments plans on including a policy on how best to respond to cyber-attacks. The Ministry of Defense and other government agencies began to find concrete measures conducting counterattacks. A senior defense official stated cooperation with the U.S. is essential because identifying the source of a cyber-attack requires sophisticated computer technology. However, if Japan waged a counterattack pre-emptively, such an attack could be seen as a violation of the Japanese constitution. The government plans to scrutinize the legal problems arising in obtaining counterattack capabilities, the source continued.

NSA whistle blower, Edward Snowden, wrote an open letter to the Brazilian state, claiming he would assist the Brazilian government to investigate American spying in exchange for political asylum (which he currently has temporarily in Russia). Snowden declared in his letter the reason behind the classified leaks were because: “The NSA and other spying agencies tell us that for our own ‘safety’- for Dilma’s ‘safety,’ for Petrobras’ ‘safety’- they have revoked our right to privacy and broken into our lives. And they did it without asking the public in any country, even their own.” Additionally, he exclaimed he was proud of the stance Brazil took against the States after revelations were revealed of the U.S. spying on Brazil through NSA. Though some Brazilian politicians have called for his political asylum, the current Brazilian government has explicitly stated disinterest in the prospect, even though, relations between the two allies have since soured when Snowden leaked the U.S. had been spying on Brazilian President Dima Rousseff and Brazilian gas company, Petrobras. Additionally, a spokesperson for the Brazilian government said no official request had been submitted. Nevertheless, a source informed the Folha de Sao Paulo newspaper Brazil was not going forward with investigations against the NSA, an attempt to keep relations between the U.S. and Brazil stable, considering the U.S. is Brazil’s second-largest trading partner.

Meanwhile, with Germany, Brazil introduced a resolution to the United Nations General Assembly aiming to protect the right to privacy of Internet users by guaranteeing privacy rights on the Internet and in other forms of electronic communications. The resolution additionally, brings up concerns intertwined with human rights on international espionage and the mass collection of personal data. Though U.N. resolutions are suggestions, they represent a heavy message to countries and carry political clout on acceptable morals and ethics. The resolution is in response to leaks disclosed through Snowden the U.S. spied on foreign leaders, including Brazil and Germany’s, Angela Merkel.

The UK government’s is implementing new security measures to tackle cybercrime. In the next few months they will introduce the Cyber Supplier to HMG badge, allowing businesses to publicly assert to prospective clients they supply the government with cyber security products and services. This plan is part of the Internet Growth Partnership, which was launched earlier this year. This initiative will raise awareness and create a better understanding of the business risk of cybercrime. According to the U.K. government, it will allow real opportunities for the field of cyber security in the United Kingdom. U.K. has already invested in cyber security but the government aims to more than double annual cyber exports from the U.K. to £2 billion a year by 2016.

The news emerged as part of an improvement to the government’s Cyber Security Strategy, aiming to make U.K. cyberspace more secure and resistant to cyber-attacks. It will also help shape a stable cyberspace and build cyber security knowledge and skills. According to the Science Minister David Willetts: “The cybercrime threat facing the U.K. is increasing. We are working closely with business and universities to ensure the country has the skills and knowledge it needs to meet the cyber challenge. With a new £2 billion goal for cyber exports, we will also be helping the UK cyber sector to grow and keep the UK ahead in the global race.”

The Belgium Federal Cabinet announced two weeks ago a cyber-security centre to be constructed in 2014. The new centre will monitor Internet security in Belgium and advise the public on cyber security issues and cybercrime. The goal of the centre is to exchange ideas on cyber security and strengthen cooperation between private companies and government bodies. The centre will also be responsible for drawing up the standards and security norms applicable to IT systems and used by government bodies. A royal draft decree has already been sent to the unions and the council of State. Like France, England and Germany, Belgium is now beginning to build its own national cyber security program. Even though Belgium is not one of the most targeted countries in Europe, they take cyber issues as an important threat.

This newsletter is brought to you by the Cyber team at INSS: