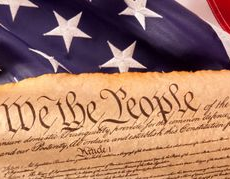 In his radio address to the nation on July 4, 1941, President Franklin Delano Roosevelt acknowledged the growing global threat to human freedom and to democracy. He spoke of the new tyrannies that have “been making such headway that the fundamentals of 1776 are being struck down abroad and definitely, they are threatened here.”

To commemorate the American principles of human freedom and democracy, he announced the holiday “as a beacon for the world in its fight for freedom.”

On July 4 1941, FDR stated that “it has been that childlike fantasy itself that misdirected faith which has led nation after nation to go about their peaceful tasks, relying on the thought, and even the promise, that they and their lives and their government would be allowed to live when the juggernaut of force came their way.”

FRD challenged those Americans who were satisfied with the country’s neutrality while the “new tyrannies,” Nazi Germany, their Italian and Japanese allies and the Soviet Union – have already invaded and plundered other nations. He argued that suggestions “that the rule of force can defeat human freedom in all the other parts of the world and permit it to survive in the United States alone is a fallacy, base[d] on no logic at all.”

FDR was right. But the U.S. set on the fence while millions lost their lives and the Nazis set in motion the systematic annihilation of the Jews.

The physical devastation and severe punishment of the “new tyrannies,” Germany and Japan, and elaborate efforts to rid their culture, press, economy, judiciary, and politics of any remnants of their dictatorial ideologies paved the way to human and political freedoms.

But the denazification program did not go all the way and completely ignored the Arab/Muslim world. Its ideologues, especially the Egyptian-based Muslim Brotherhood organization, which already then had branches on five continents. The group collaborated with Nazis but was not disbanded. This was a tragic mistake that since has caused death and devastation everywhere, including in America. But unlike FDR, President Obama is unwilling to identify this enemy.

On July 4, 1941, FDR warned the American people “that the United States will never survive as a happy and fertile oasis of liberty a cruel desert of dictatorship.”

In July 2016, unlike FDR, President Obama sees no threat to American principles from  the rapidly growing murderous global movement of radical Islam. Instead, insisting that Islam is a religion of peace, he misleads Americans. He belittles those who do not shy away from calling our enemy by its name, and members of his administration follow suit. Thus, in response to an Islamist terrorist attack in Orlando, his Attorney General, Loretta Lynch, declared, “The good in this world far outweighs the evil. Our common humanity transcends our differences, and our most effective response to terror is compassion, it’s unity and it’s love.” And naive Americans who say away from confrontation fell for their leadership’s deceptions.

Soon, however, Americans will have the choice to chose a new leadership that would adhere to FDR’s call to “repeat the great pledge to our country and to our flag” to protect our unique human and political freedoms.